A heap of black, yellow and orange boots at the Yellowknife dump caused a buzz among local residents — so much so that seemingly, within a week of being thrown out, most of the boots had found new homes.

“These ones haven’t been used much,” said Humphries, a writer, artist and prospector who’s lived in Yellowknife for over 40 years. “They’re perfectly good boots, there’s nothing wrong with them.”

He said he saw close to a hundred pairs of steel-toed miners boots from the brand Viking Footwear — the kind of boots that Humphries says he’s been using “all my years up in Yellowknife.” 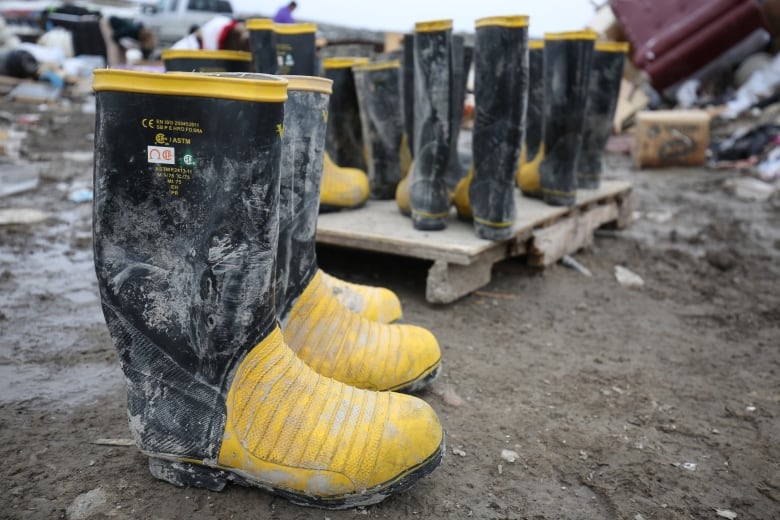 Humphries said he saw a pile of steel-toed miners boots from the brand Viking Footwear. They retail for well over $100 online. By Friday, there were only a few pairs left, mostly in larger sizes. (Chantal Dubuc/CBC)

Humphries, who said he’s salvaged at the dump all his life, said he immediately dug through the pile to find his size. A handful of others were also there, salvaging for a pair too, he said.

I only took a few crates out there just to see what would happen. Lo and behold, they were all gone.– Lloyd Lush, local man who owned the boots

“Just people’s last names. Like Edgar, Joe, nothing out of the ordinary … I assume it came from of the mines,” he said, adding that miners often write their names to keep their footwear separate from the other workers.

Word of mouth turned the boots into a hot commodity in town.

On a Facebook post shared in a Yellowknife Classifieds group, some people were elated with the news.

“I NEED a pair,” wrote one resident.

“Cheaper than Walmart,” wrote another.

Meanwhile others showed concerns about the amount of unnecessary waste at the dump, and some questioned the safety of the boots.

Christina Socha, a Yellowknife resident, said she dropped by the dump Thursday.

“There [were] only a few pairs left!” she told CBC through a message.

But Lloyd Lush, a Yellowknifer of 35 years who works in the scrap metal and recycling business, said it was all meant for people to salvage.

Lush said he received the surprise batch of footwear after winning a bid at a mine auction recently. Along with other equipment and motors, Lush said he cracked open the six, 4×4-foot wooden crates to discover he now owned hundreds of rubber, steel-toe boots.

A recycler by trade and heart, Lush said he tried to share his trove.

“Nobody else wanted ’em. Nope. I asked everyone else, they said they had to be sanitized, cleaned,” he said.

So Lush brought about three crates to the landfill last week, knowing its popularity among Yellowknife’s salvagers, hoping the boots would find homes.

“I only took a few crates out there just to see what would happen. ‘Lo and behold, they were all gone,” said Lush, chuckling. “It’s recycled. It’s awesome!” 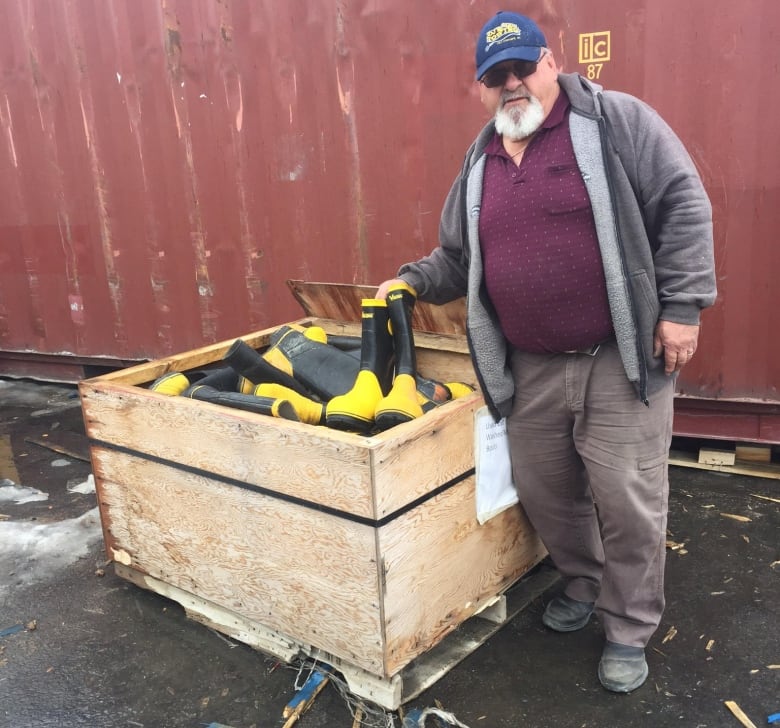 Lloyd Lush said he received six crates full of boots after winning a bid at an auction. (Submitted by Lloyd Lush)

Lush said he’s planning on sending a crate of boots to the homeless shelter in Calgary.

“If you want any rubber boots, the dump has got you covered. You better get out there,” said Lush.

Finding footwear at dump not uncommon

“Luckily these ones got salvaged, often they don’t. And it’s such a waste to destroy perfectly good stuff,” said Humphries.

Humphries is a frequenter of the dump and said he goes about once a week. He said finding footwear isn’t uncommon.

A few years ago, he said he found a heap of about a hundred pairs of white winter boots at the dump. 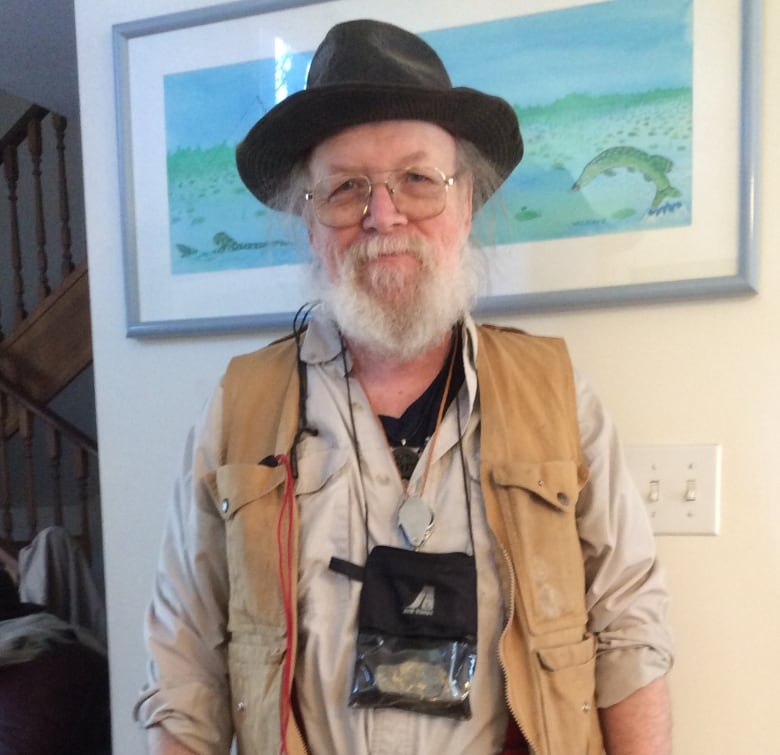 Walt Humphries is a writer, artist and prospector who’s lived in Yellowknife for over 40 years. He goes to salvage at the dump about once a week. (Submitted by Walt Humphries)

Humphries said he wants the city to do something about large quantities of “perfectly good” products being trashed.

“The city and the government … should be a lot more proactive about making sure the good stuff doesn’t end up buried at the dump,” he said.

“That makes absolutely no sense.”

“We do encourage items to be donated to organizations when possible such as the Habitat for Humanity ReStore at the Solid Waste Facility,” stated a city spokesperson in an email to CBC, adding residents are “very familiar” with salvaging opportunities at the dump.