The Royal Bank of Canada is disputing a report in the New York Times that says the  bank, along with many other companies, had the ability to read, write and delete users messages on Facebook’s messaging platform.

The report, published in the New York Times on Tuesday is based on hundreds of pages of internal documents obtained by the paper, and corroborating interviews with dozens of employees.

CBC News has not been able to independently confirm the veracity of the documents, but according to the Times they outline myriad ways the social media giant gave access to users’ data to corporations on the platform, even as it was pledging to crack down on privacy breaches.

The report alleges that Facebook allowed companies to see the names of a user’s entire friends list without permission, and in some cases gave them access to users’ private messages. In other cases, companies could get access to other forms of personal information such as contact information from a massive pool of Facebook accounts.

All in all, the report says more than 150 different companies, primarily in the technology field, were given access to reams of data about Facebook users, without the users’ knowledge or permission.

One of the companies named in the report is Canada’s largest company, the Royal Bank of Canada. The report alleges the bank had the ability to read, write and delete users’ private messages, as well as to see information on all participants on a thread.

But the bank disputes the suggestion that it ever had the ability to view users’ private messages — much less that it could send or delete them.

“RBC’s use of the Facebook platform was limited to the development of a service that enabled clients to facilitate payment transactions to their Facebook friends,” the bank told CBC News in a statement, noting the launch of a program in late 2013 that allowed the banks clients to send money to each other via Facebook’s messenging service. 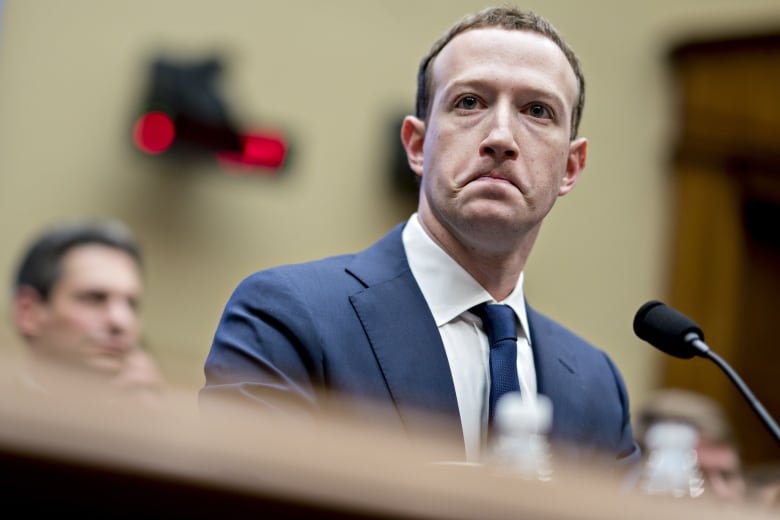 Mark Zuckerberg, chief executive officer and founder of Facebook Inc., met with U.S. lawmakers during the summer, but was roundly criticized for failing to do the same at a hearing by British and Canadian parliamentarians into the Cambridge Analytica fiasco this past fall. (Andrew Harrer/Bloomberg)

“As part of our security and fraud protocols, we needed to uniquely identify the recipient of funds and payments to securely process the transaction and deliver the notification,” RBC spokesman AJ Goodman said.

“We did not have the ability to see users’ messages. We decommissioned the service in 2015 and our limited access, which was used strictly to enable our clients’ payments, ended at that time.”

The new allegations against Facebook come against the backdrop of increased scrutiny about the social media giant, which is facing continual and growing criticism about its lax attitudes toward safeguarding privacy of its 2 billion users worldwide.

Earlier this year, founder Mark Zuckerberg faced tough questions from U.S. lawmakers over the Cambridge Analytica scandal after it was revealed that more than 87 million Americans viewed misleading “fake news” about candidates during the 2016 U.S. election because of the level of access that Facebook gave to the now defunct company.

Zuckerberg was criticized by Canadian and British lawmakers last month when he failed to even show up for a hearing into the matter in London.