If you own a cellphone, use the internet or watch TV, your life has probably been affected by one of the most influential consumer advocacy organizations in the country — a group on the verge of shutting its doors for good.

For the past 42 years, the Public Interest Advocacy Centre [PIAC] has fought for better consumer protections from the telecom and broadcast industries.

But in a matter of weeks, PIAC says it will run out of money because the CRTC, the industry regulator the group so often prods, takes too long to compel the big telcos to pay the group for its work on behalf of consumers.

In a recent email to supporters, Lawford describes “an acute funding crunch” and says his organization will be unable to keep going without urgent help. 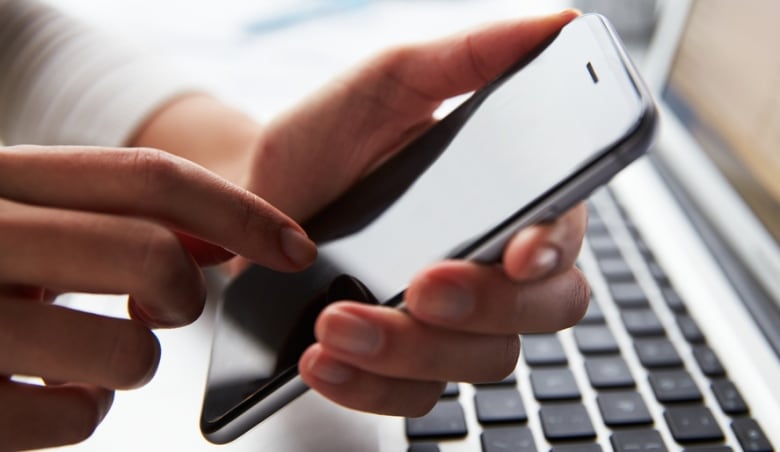 The CRTC has more than doubled the length of time it takes to order telecom companies to pay PIAC’s costs when it participates in regulatory issues. (Shutterstock)

The Ottawa-based advocacy organization recently moved to a smaller office to save money, and had to let two of its four staff members go.

But Lawford says that hasn’t been enough to stay afloat.

Most of PIAC’s budget comes from work the organization does at the CRTC.

“We go there as lawyers to argue for consumers,” Lawford said. “We try to get them lower prices and better service.”

When groups argue in the public interest before the CRTC, the regulator orders that the cost of that legal representation be paid by the companies involved — such as Bell Canada, Rogers, Telus and Netflix.

“It’s a regular regulatory cost for the companies,” Lawford said. “It’s an important check on their sort of full-speed-ahead efforts to get what they want from the CRTC. And it’s a small and very efficient price to pay to have consumer and public input on decisions that affect millions of Canadians.” 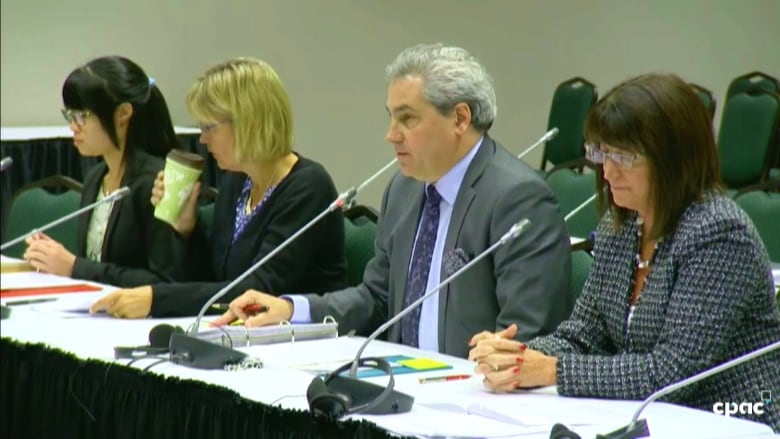 Lawford, second from right, testifies at the recent public hearing into sales tactics used by Canada’s largest telecom service providers. PIAC had urged the CRTC to hold the hearing. (CPAC)

He says over the past five years, the CRTC has more than doubled the length of time it takes to order telecom companies to pay those costs, from 3.7 months to 9.6 months. That’s simply too long to wait for funding, Lawford says.

PIAC is currently owed just over $150,000. The oldest outstanding claim was filed with the CRTC in July 2017.

“I think the CRTC has forgotten how it’s supposed to function,” Lawford said.

PIAC is also a registered charity and a non-profit organization, although its 2017 financial statement shows it received just $1,940 in donations.

Lawford bristles at the idea of asking the public to provide the organization’s funding.

“We’ve previously had a system that put the cost of this where it should lie,” he said. “Which is at the feet of the companies who are making billions and billions of dollars from consumers.”

CRTC will decide about payment ‘in due course’

Go Public asked the CRTC why it takes so long to make what’s called a “cost award” — calling on telecom companies to reimburse PIAC for its participation on consumer issues.

In an emailed response, spokesperson Patricia Valladao said it “depends on the complexity of the issues in each cost application.”

She also said the number of interveners applying for funding and the length of the proceeding can affect how quickly groups such as PIAC are paid. She said the regulator will make a decision about PIAC’s current application for payment “in due course.”

PIAC opened in Ottawa in 1976, during the heyday of consumer activism in the U.S., led by Ralph Nader and his Public Interest Research Group.

Lawford joined PIAC in 2003. The idea of battling powerful telecom companies on behalf of consumers appealed to him.

“It was a chance to fight on a level playing field, if only for a moment,” he said. “And we got some big wins.” 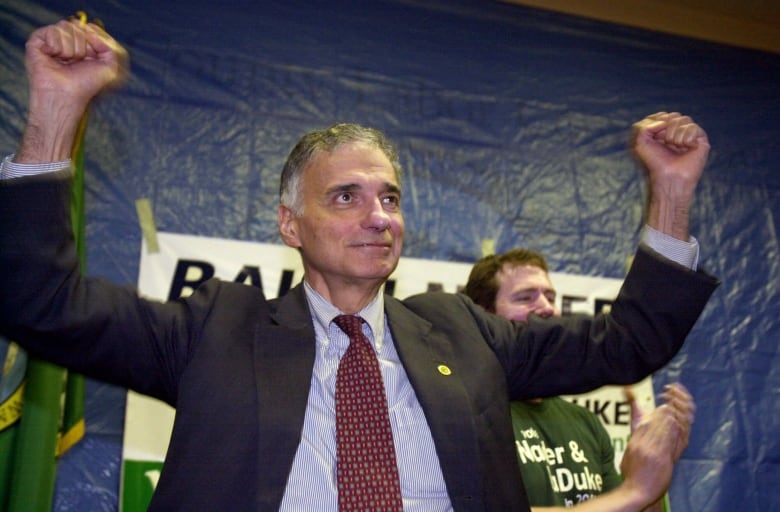 PIAC was created in Canada in 1976, as Ralph Nader was leading the charge for consumer protections south of the border. (Jay Drowns/Associated Press)

In 2010, the CRTC ordered Bell Canada, Telus and other phone companies to refund every customer up to nearly $100 after overcharging for regular phone service. The rebate was the result of four years of hard work by PIAC and other consumer groups.

Lawford himself received one of those rebate cheques. It’s framed on his office wall — a memento of the fight that resulted in telcos having to refund $310 million.

The Wireless Code, a mandatory code of conduct for all wireless providers, was also hugely influenced by PIAC, Open Media and other consumer groups.

“So now there are rules about how long your wireless contract can be, and whether you can be charged when you’re roaming above a certain cap, and so on,” Lawford said. “These developments really helped consumers.”

Most recently, PIAC urged the CRTC to hold a public inquiry into misleading and aggressive sales practices used by the telcos. 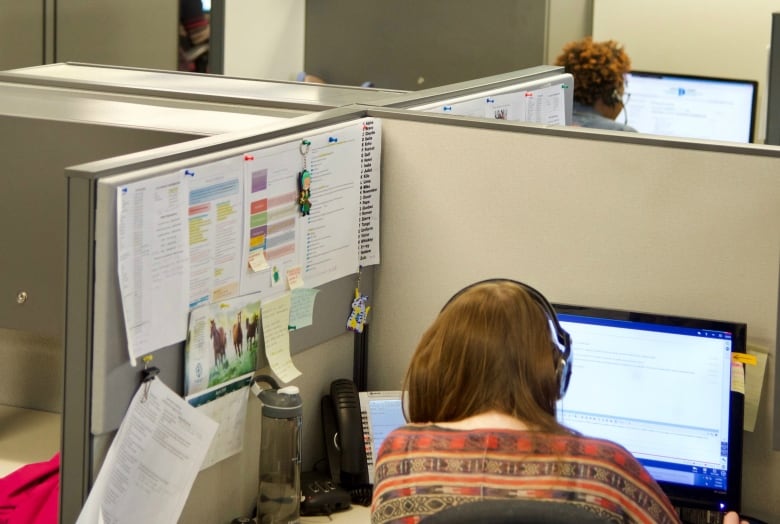 PIAC called for the creation of the Commission for Complaints for Telecom-Television Services, a dispute mediator between telecom customers and their service providers. (Andrew Lee/CBC)

When the regulator refused, saying such an inquiry was not within its mandate, PIAC insisted that it was, and the federal government eventually ordered the CRTC to hold an inquiry. It is due to wrap up in February.

“Our role is to say, when consumers are having a problem that is actually affecting their bottom line in a big way… ‘As a regulator, you have to deal with it,'” Lawford said.

The group recently wrote a letter to Heritage Minister Pablo Rodriguez and Innovation, Science and Economic Development Minister Navdeep Bains urging them to contact the CRTC to help resolve the payment issues for groups like PIAC.

“We believe in your commitment to ensuring the CRTC carries out its public interest mandate and we request your assistance with this matter on an urgent basis,” wrote Harry Gow, chair of PIAC’s board of directors.

PIAC wrote a similar letter to government last year, which Lawford says prompted the regulator to order overdue costs be paid. But the delays are now worse, he says.

Go Public asked the federal government for its response to PIAC’s letter.

In an email, Dani Keenan, press secretary for Bains, said “officials are reaching out for a status update” and “will continue to monitor this situation closely.”

PIAC’s financial struggle is a reflection on the state of consumer advocacy in Canada, Lawford says.

“Broad-based consumer groups are now reduced to either being run by volunteers with only one paid staff,” he said, “or they are specialists like we are, who find a very small niche because that’s the only way to stay solvent.”

And even that “niche” approach may not save PIAC.

“It’s important to have somebody to just stick up their finger in a [telecom] hearing and say, ‘Excuse me, consumers think this.’ And that’s what we do,” Lawford said. “It’s just sad to see it go.”