At 95 years old, Gus is slow-moving. But that’s in his nature, seeing as he’s a gopher tortoise.

And although he’s often sitting idle in his enclosure, Gus has been captivating visitors to the Nova Scotia Museum of Natural History for more than seven decades.

“As time has gone on, he’s become more and more of a fixture here at the museum,” said Jeff Gray, curator of visitor experiences and exhibits. “His life and his legend grows with the years.”

Having lived there for more than 75 years, Gus has become a mascot of sorts for the popular museum in central Halifax.

He emerged from a golf-ball-sized egg in the southern United States in the 1920s. Some 20 years later, former museum director Don Crowdis purchased the sand-coloured tortoise for $5 from a roadside reptile vendor in Florida and brought him back to Nova Scotia. 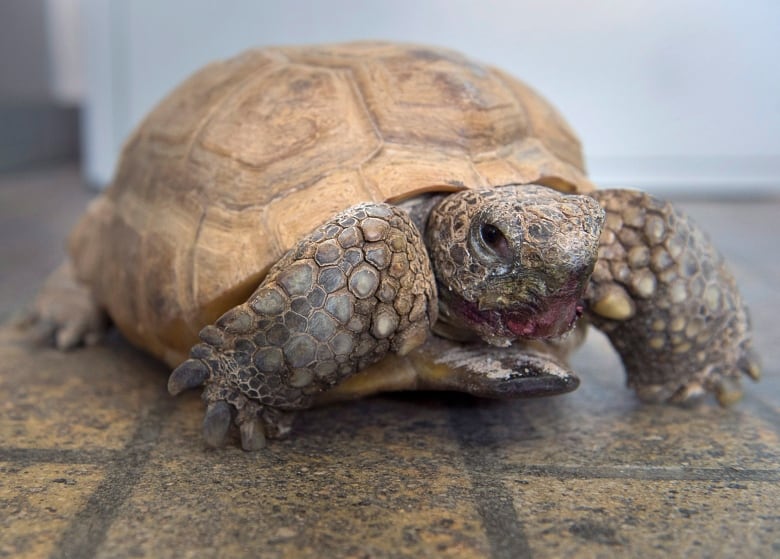 Gus, a 95-year-old gopher tortoise, his mouth stained from eating berries, is seen at the Nova Scotia Museum of Natural History in Halifax on Friday. (Andrew Vaughan/Canadian Press)

In 1952, he was named after a young boy who had become fascinated with the reptile. John Augustus Gilhen would later become a curator emeritus with the museum, and still visits his namesake tortoise to this day.

On a busy morning during March break, small children are swirling around his Plexiglas enclosure, which is equipped with a bed of sand and heat lamps to mimic his native land’s warmer climate. Gus is sitting inside a hollowed-out log, his face stained purple from a recent blackberry feast.

In a few hours, he’ll be hoisted from his pen for his daily walk with museum staff. When the weather permits, he enjoys nibbling on dandelions or digging a burrow on the museum grounds.

Gus is one of the first creatures that visitors encounter after entering the museum, which collects artifacts of cultural significance to Nova Scotia and promotes the province’s natural landscape. 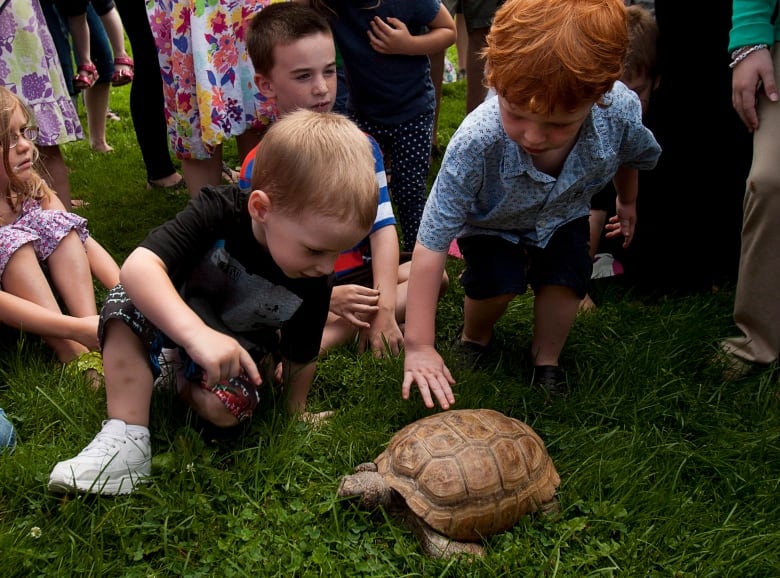 In the warmer months, Gus enjoys nibbling on dandelions or digging a burrow on the museum grounds. (Andrew Vaughan/Canadian Press)

Generations of museum-goers have paid him recurring visits over the years, bringing their children and then their grandchildren to see what’s believed to be the world’s oldest known gopher tortoise, said Gray.

“It almost seems made up, but people seem to connect with him when they come through the door,” said Gray over the sound of enthusiastic children. “For a lot of young visitors, it’s one of the things they’ll remember most about the museum. And then they grow into adults who have their own children.” 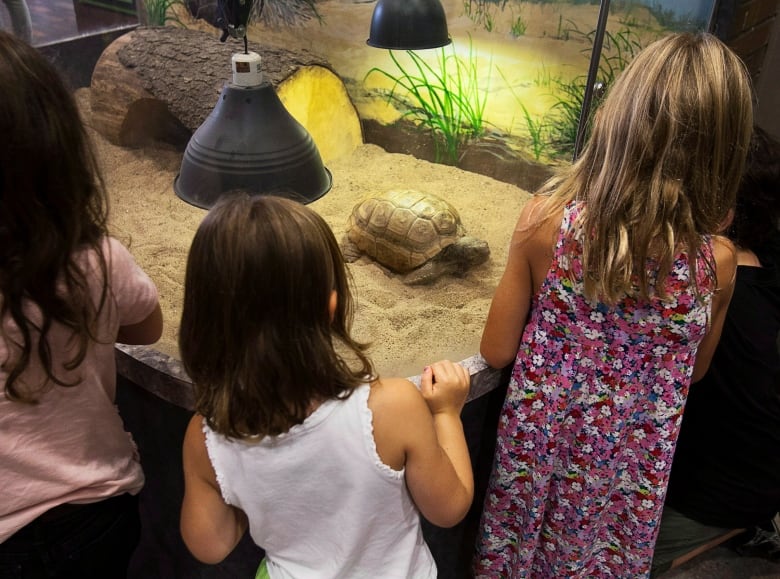 Gus’s birthday is celebrated every year on the second Sunday in August. (Andrew Vaughan/Canadian Press)

His cult-like fame was recently acknowledged in a cover story by the city’s alternative weekly newspaper The Coast, which nominated Gus for the province’s highest honour: the Order of Nova Scotia.

“He is the bedrock foundation of Halifax’s identity,” The Coast’s city editor Jacob Boon wrote in a nomination letter dated March 7.

“Generations have grown up looking down into that expressionless face. Our faces age. His stays carved. He is a touchstone of continuity you can always depend on. A childhood memory people get to live over and over again.”

The Order of Nova Scotia says nominees must be a Canadian citizen, though it doesn’t explicitly rule out tortoises.

Gus’s birthday is celebrated every year on the second Sunday in August. The event has become so popular that the museum now holds two birthday parties for its oldest resident: one in the morning and one in the afternoon. 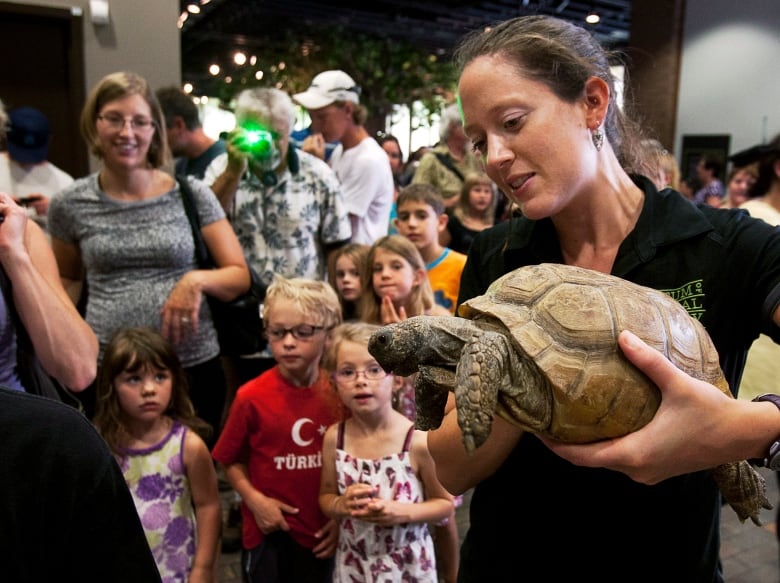 Gus’s birthday celebration has become so popular that the museum now holds two birthday parties for its oldest resident: one in the morning and one in the afternoon. (Andrew Vaughan/Canadian Press)

Gray said the continued news coverage of Gus is welcomed because regardless of his pop culture status, he’s teaching people about nature.

“He opens the dialogue and makes it easy to have that dialogue,” said Gray. “To me, that’s the greatest legacy that Gus has brought to us. If he can inspire anyone to be thinking about the natural world, then he’s done a wonderful thing.”