Like any dedicated mail carrier who slogs through inclement weather to deliver your Amazon order, Tammie McGrath will stop at nothing to get a parcel to its rightful owner.

But when a package came in addressed to “Kay and Philip” located “on a farm situated up a long drive with cows, opposite Cust pub or thereabouts,” the Cust, New Zealand, mail carrier was a bit stumped.

“The usual protocol would be to return it,” McGrath who runs the Cust Service Centre, told As it Happens host Carol Off.

“I thought, ‘I’ll just hang on to it for a couple of days and see if I can track down the owner.'” 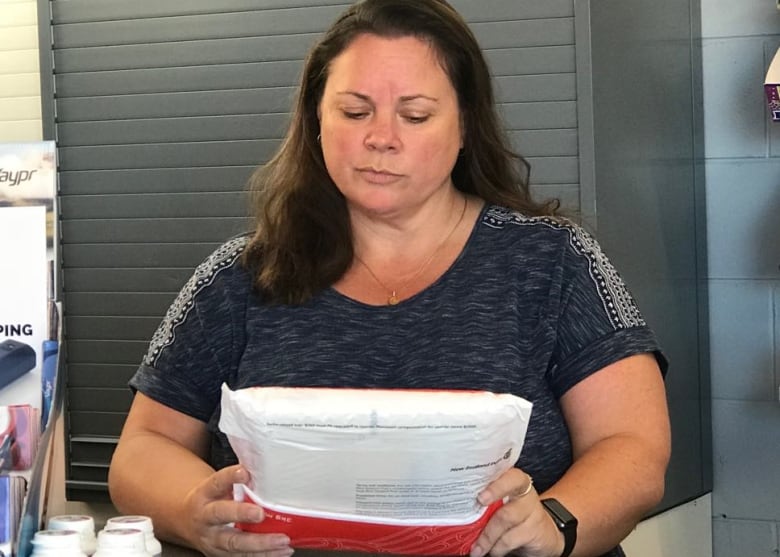 While she knew it had to be for someone nearby, she couldn’t place the name.

It’s not the first time McGrath has had to sort out questionable co-ordinates.

Usually, it’s a letter from a grandchild to their grandparent, she said. In those cases, McGrath can glean the recipient from the last name in a return address.

But this parcel was different — it didn’t have a local sender.

“Obviously, an elderly person had written it and I didn’t feel that I just wanted to send it back without a bit of an effort,” she said.​

So she turned to Facebook and posted a photo of the package with an appeal to the town.

Within a few hours, she had a lead.

“A man called up and said, ‘I think this could be for us,'” said McGrath.

When he arrived, McGrath wanted to be sure the package was going to the correct Philip.

He showed her a business card.

“On it is a picture of a green pasture with lots of cows and Phil and Kay and their last name on it,” McGrath said.

Philip said he knew the woman who sent the package, McGrath said.

She checked his information against the return address. He had it right. 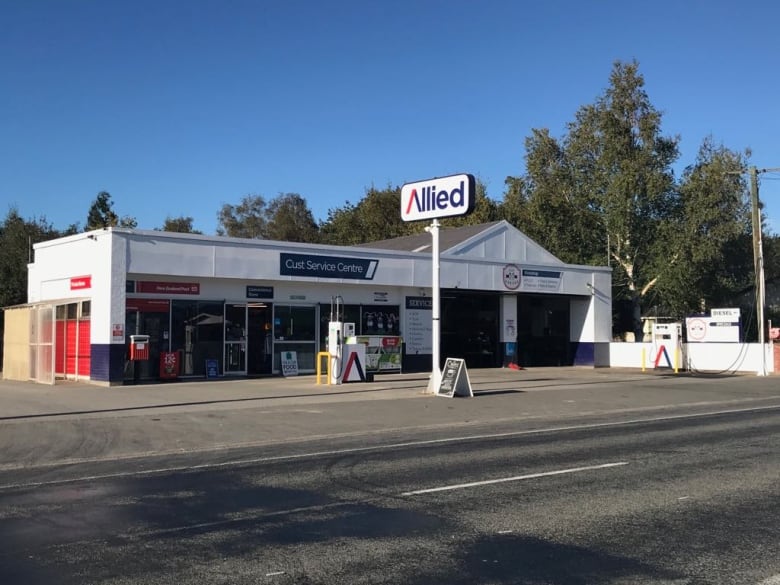 Cust Service Centre is one of three businesses in the small town of Cust, New Zealand, home to about 450 people. (Submitted by Tammie McGrath)

According to the Guardian, the package came from Irene Meekings, a woman in her 70s who stayed with Phil and Kay.

“She’d obviously been to see them and appreciated their New Zealand-ship, so to speak,” McGrath said. “They shared a lunch and what not and wanted to thank them.”

Inside the package were hand-sewn gifts for the couple: a clothes peg apron and a tablecloth.

“She made it herself,” McGrath said.

When Meekings addressed the package, she wasn’t sure where to send it — or even where Phil and Kay were.

“She doesn’t see very well,” McGrath said. “She had an idea of where she’d gone [to visit] … which is why [the package had] such an unusual description.”

It turned out that Phil and Kay’s actual address is 10 minutes outside of Cust and not in the town itself.

As luck would have it, it’s not the first time a community rallied for behind a parcel delivery.

One mail handler described in McGrath’s Facebook post a package that found itself quite far from home.

The package had been mailed to a recipient’s previous address after they moved.

“They’d lived like 400 kilometres away … and they still got it,” McGrath said.

She credits local residents for happy endings just like these.