If you’ve seen what looks like long, wet strips of toilet paper floating in the Bow River recently, don’t panic.

It’s not an increase in litter, just an extremely ugly native algae that’s built up in the river right now, and one with an equally gross name: rock snot.

“It is ugly, it’s not nice to see and it looks like toilet paper floating,” said Wendall Koning, a freshwater biologist with Alberta Environment.

Rock snot (officially called didymosphenia geminata, or didymo) is a single-celled organism, a form of mucous-y algae that thrives in cold temperatures, with low nutrient levels.

“What it likes is nice steady flows. Not the turbulent flows that you get in the mountain streams, and so we’ve got ideal conditions,” said Koning. 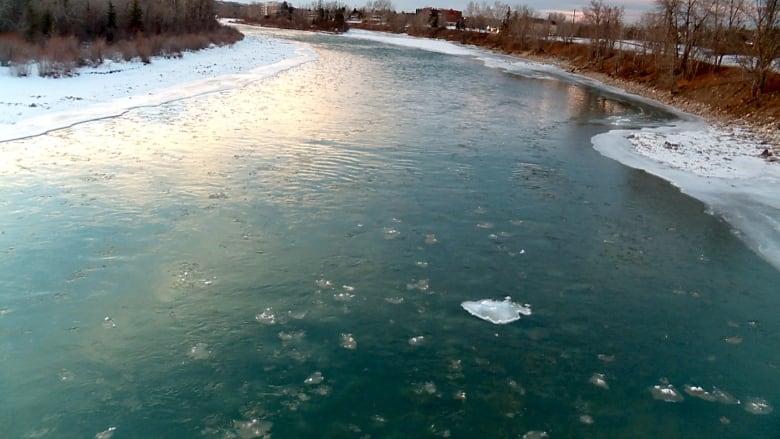 “We’ve had a long period now since about midsummer where the flows have been low and steady below our reservoir. That’s where you’ll find it.”

While it is a natural part of the environment, it’s one that’s much more abundant in the region than it has been historically.

Koning said the structure clumps together, but as long as it isn’t entirely choking the waterway, it’s not a concern for regions it’s native to (it is an invasive species in other parts of the world, where it has caused problems). It’s also safe for dogs that drink for the river, or livestock.

“It’s not a health concern. You can touch it.… visually it’s unappealing. That’s all.”

Rock snot does spread by people moving their kayaks or other watercraft from one river or stream to the next.

“Therefore we always advise people when they are moving from stream to stream, if [rock snot] is present, to wash it off as best they can with some kind of bleaching solution.”

He said it’ll decrease in abundance once the light levels decrease and the river gets icier.