Nowadays, foot paths along the cliffs near Hastings, England, may be lightly marked with the elaborate treads of fancy hiking boots — but 100 million years ago, the locals were a bit more heavy-footed.

A collection of fossils unearthed over the past four years has unveiled new details about the dinosaurs that once roamed the coastline during the Cretaceous period.

Anthony Shillito, the University of Cambridge PhD student leading the research, spoke to As It Happens host Carol Off about what we can learn from this discovery.  Here is part of their conversation.

Anthony, how did you come to learn about these footprints?

I have a friend that lives in the area. He was walking along the beach one day and he saw something that he thought might be a dinosaur track, so he then got in contact with us and said, “Do you want come down and have a look?” 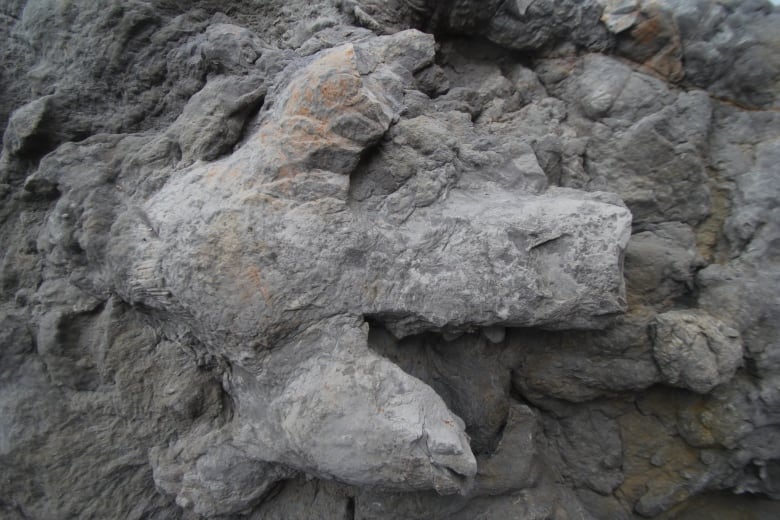 What was your reaction when you saw this collection of footprints?

We were amazed. I’d never seen anything quite like it.

I’d done some work looking at things in the Isle of Wite previously because that’s world renowned for its dinosaur footprints. There, you can see the outline. You can tell what they are supposed to be. But there isn’t a lot of extra detail.

Whereas, the stuff we came across down in Hastings was incredible. In fact, you could see claw impressions and skin texture and all of this detail. 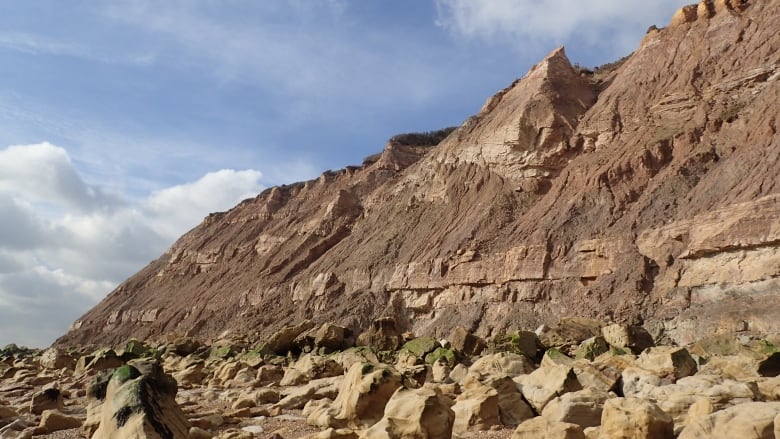 The hills near Hastings, England, where the dinosaur footprints were unearthed. (Neil Davies/University of Cambridge)

Hastings is not exactly a remote place, where you found them. Why were they never noticed before?

Even though we’re getting quite a lot of erosion, quite a lot of cliff retreat, dinosaur footprints are only occurring in certain places within the cliff. This is based on where the dinosaurs were originally walking about on these surfaces and what material the surfaces are made of.

How many different species do you think are in those footprints?

We’ve seen at least seven different species of dinosaur and it’s possibly more because there are about 13 different shapes of footprint. But we think that some of those were made by the same type of dinosaur.

We’ve got a range of three, four and five-toed footprints. These sort of things are coming from a famous dinosaur called Iguanodon, which was first described about 200 years ago. It’s one of the first dinosaurs that people discovered and that’s what sort of animal is making most of these footprints. So that’s a fairly large herbivore.

Then you’ve got the kind of club-tailed Ankylosaurus, the big armoured dinosaur. That’s making some four-toed things.

We’ve got some sort of Stegosaurus, so the ones with the pointy plates on its back. We think that might have made the five-toed print.

We’ve got some of the smaller, faster running carnivores — so things that are probably closer in size to a raptor than to a T-rex. But the sort of things that might have been coming and hunting these big herbivores. 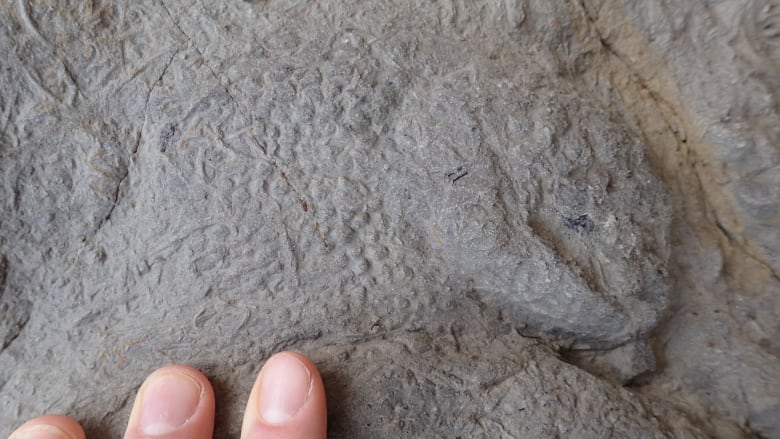 A fossil that shows the skin of an Iguanodon. (Neil Davies/University of Cambridge)

Have you learned things from these footprints that you didn’t know?

A couple of the footprints there are from a type of dinosaur that wasn’t previously known to exist at this time and this place. So we found something that adds to our picture of what was living in the area. 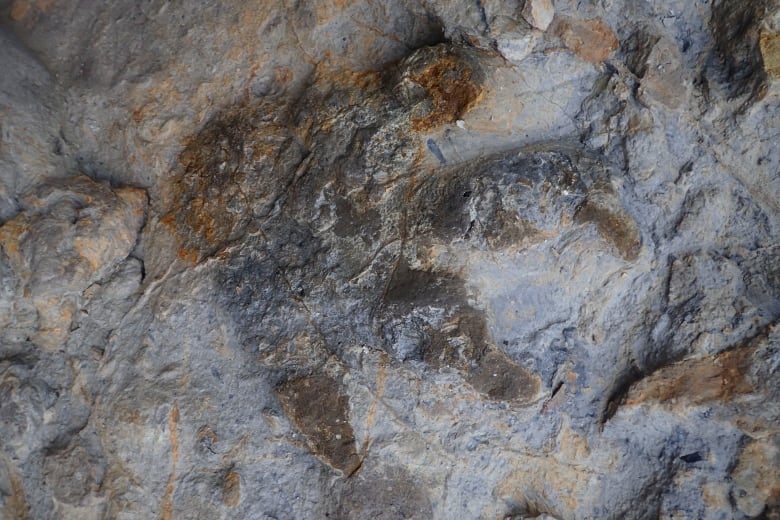 I understand that a lot of these cliffs have been eroded over winter. What effect has that had on this cache, this finding of these footprints?

We’ve found some really good stuff this January just after some of the winter storms. It’s made a big difference.

But they’ve recently finished building some cedar fencing in the area, which obviously is a good thing to protect the homes of the people that are living near the cliff tops.

But from a selfish, scientific point, the downside is that we might not see any new prints coming out of the cliffs for awhile.