Months after a self-driving Uber operating in autonomous mode struck and killed a woman in the U.S., the company is returning its test fleet to Toronto’s streets  — but with humans at the wheel.

Last March, Elaine Herzberg, 49, was struck and killed just outside Phoenix, Ariz. The death prompted intense scrutiny of the company’s technology and the safety precautions it had in place.

The California-based company, which says it has implemented new safety measures, in November convinced U.S. transportation officials that its cars are fit to return to the road in autonomous mode.

Uber, which took all its autonomous vehicles off public streets in North America after the death, plans to resume autonomous driving in Pittsburgh this week.

The company’s high-tech cars will also be back on the road in Toronto beginning today (Thursday), but vehicles operating in and around Canada’s biggest city will still only be driven manually — as they were before the crash — with one Uber staffer behind the wheel and another in the passenger seat at all times.

That’s because in Toronto, the focus is primarily on data collection and analysis that can be used to improve the safety and performance of Uber’s fleet of autonomous (self-driving) vehicles, rather than testing the self-driving capability itself.

Raquel Urtasun, chief scientist of Uber’s Advanced Technologies Group (ATG) and head of the lab’s Toronto office, said that her team will spend time driving both city streets and highways. They’ll be testing new approaches to building the maps that most self-driving cars rely on to make sense of where they are in the world, and what they’re seeing. 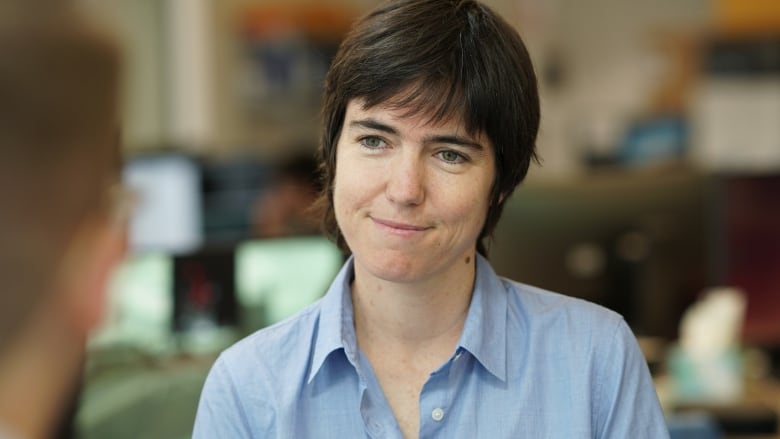 Mapping, says Urtasun, is traditionally “a very expensive process and time-consuming process” involving frequent trips in a car dedicated to data collection, as well as lots of human labour to annotate important features like lane markers, crosswalks and stop signs.

Uber is trying to automate the creation of new maps by training AI to do the tedious work of annotation. Its self-driving vehicles already collect new mapping data while they move through the city — eliminating the need for a dedicated mapping car.

“This technology can allow us to build maps super fast and cheaply, which is one of the things that prevents everybody from going to scale,” Urtasun said.

Another effort focuses on teaching Uber’s self-driving vehicles to build new maps on the fly when encountering an area where maps aren’t available, or when the car has trouble figuring out where it is. All othis data could then be used to further train Uber’s self-driving software in simulations. 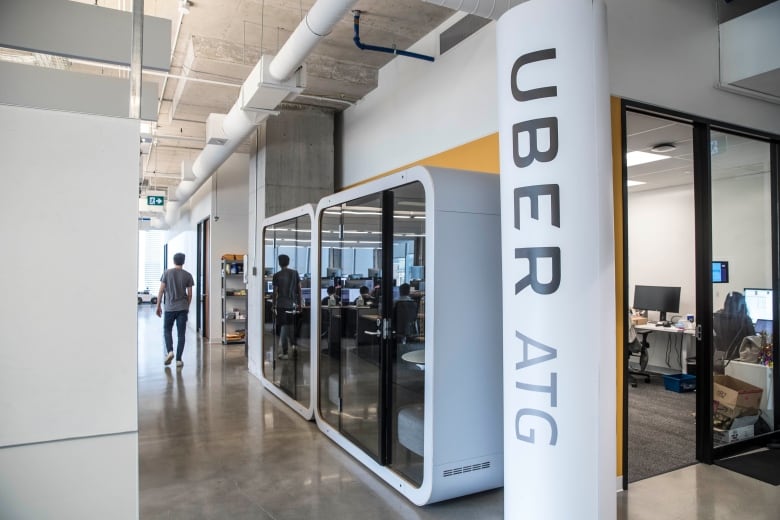 Uber ATG Toronto is currently housed within the MaRS Discovery District, an innovation hub that is home to numerous tech companies, but will move to a new location in the city in 2019. (Uber/Handout)

Uber announced in September that it would be expanding ATG in Toronto and opening a new engineering lab — its first in Canada. The company plans to spend $200 million on the Toronto hub over the next five years, which will eventually bring its head count in the city from 200 to about 500 employees.

Urtasun expects to have 100 people working on self-driving car research in Toronto alone next year in a new research and development office.

As part of its bid to return to the road, Uber submitted its first voluntary safety report to the U.S. National Highway Traffic Safety Administration at the beginning of November. It is only the sixth autonomous car company to do so, joining other major players like Waymo, Ford and GM.

In its report, Uber pledged to have two people in each of its vehicles at all times, to ensure its vehicles’ automatic and emergency braking systems are always enabled as backup measures, and to make overall improvements to both its software and employee training.

The Informationreported last month that an Uber engineer raised concerns about inadequate staff training just days before March’s fatal crash, noting that routine accidents were “usually the result of poor behaviour of the operator or the AV technology.”

Companies like Uber typically tout the promise of self-driving cars as one day being safer than traditional human drivers, believing that fully autonomous vehicles will greatly reduce collisions and fatalities — which would also include those caused by Uber itself. The Fifth Estate recently investigated the company’s safety record in Canada, after a Toronto man died in an Uber crash in March.

In addition to its efforts in Toronto and Pittsburgh, Uber will resume manual driving in San Francisco this week.

Still, by some measures, Uber is playing catch-up to one of its chief competitors, Waymo. The Alphabet-owned company recently launched a self-driving taxi service for the public in the suburbs of Phoenix, after months of private testing with a small group.

A year of wild weather: Environment Canada releases the Top 10 weather stories of 2018