It turns out a small black box with a dangling red wire and little blue light investigated by Windsor’s bomb squad Tuesday isn’t actually dangerous — at least to the living.

The Windsor Police Explosives Disposal Unit were called to Mackenzie Hall around 7:15 p.m. to investigate a suspicious package. Police determined the package was “safe” and that there was no evidence of explosive material.

Const. Andy Drouillard would not confirm whether a suspicious package in question was actually a ghost-hunting device that had been left behind.

But the spokesperson for the Listowel Paranormal Society said that little black box belonged to them.

I got some pretty weird feelings and chills, cold spots and goose bumps of course.–  Listowel  Paranormal Society spokesperson

He said he didn’t even realize the EMF detector — short for electromagnetic field sensor — was missing after the society completed a sweep for spirits at the hall last Friday.

Then the police showed up at his door. 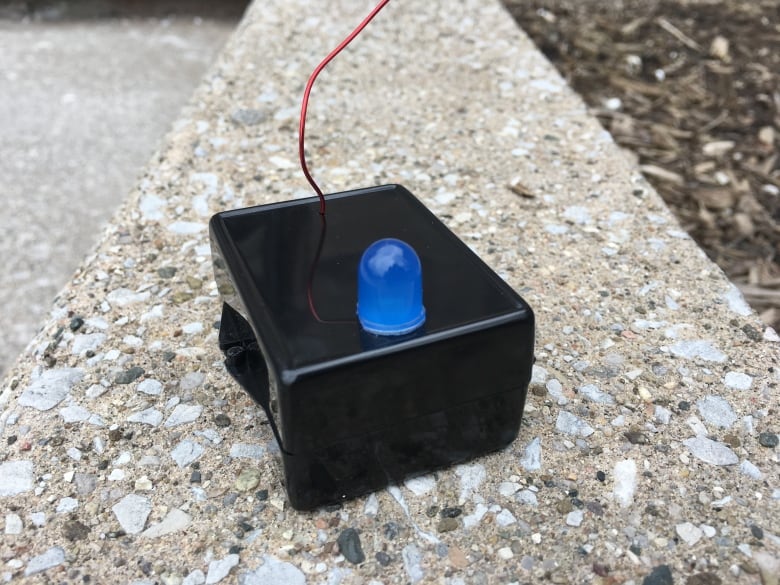 After describing the bit of gear, he got the bad news.

“They said ‘Unfortunately we can’t give it back to you. It’s been destroyed,’ but it’s OK. It’s replaceable.”

It’s just this tiny little box with an LED light and a wire. In our field we use it to determine if there’s an entity or an energy in the room with us and if there is, the little blue light will flicker.– Jen Parker​, assistant director of the  Listowel  Paranormal Society

Jen Parker, assistant director for the society, described the EMF sensor as a standard piece of equipment that’s carried by each member of their six-person team was during a search.

“It’s just this tiny little box with an LED light and a wire,” she explained. “In our field we use it to determine if there’s an entity or an energy in the room with us and if there is, the little blue light will flicker.”

The ghost-hunters spent three hours covering the historical building from top to bottom and although they still haven’t looked through everything they gathered, the spokesperson said there were strong signs of paranormal activity — especially in the old jail, dressing room and basement.

“I had wandered off down by myself to try to get some kind of something … and I got some pretty weird feelings and chills, cold spots and goose bumps of course.”

The spirit searchers are taking a lesson from their nearly explosive experience. The spokesperson said the team will make sure they have all of their equipment with them before leaving future sites.

Despite the scare, he said staff at Mackenzie Hall aren’t too spooked to welcome them back again soon.

“They were shocked, obviously, but all is well right now. We’re kind of getting a chuckle out of it.”

Celebs you didn’t know started out in the ad biz