Despite the pleas of Trudeau’s point man in the Senate, the Red Chamber has rejected calls for outside oversight of Senate expenses.

The Senate committee on rules, procedures and the rights of Parliament is recommending that a new audit and oversight committee (AOC) be established — but that it be composed entirely of senators, at least for now. That follows an earlier decision by the Senate to implement an extra layer of accountability for expenses after years of scandal, but to retain oversight in-house.

The rules committee’s chair, Conservative Quebec Sen. Leo Housakos, said in a report quietly tabled in the Senate before it rose for Christmas break that members could not reach a consensus on the presence of non-senators on such an audit committee.

It’s a blow to Peter Harder, the government’s representative in the upper house. Since his appointment, Harder has sought the creation of an audit committee that includes members from outside the Senate — he suggested either former judges or experts in corporate governance — to represent the public interest.

In a year-end interview with CBC News, Harder said he believes this decision to reject his preferred form of oversight undermines the chamber’s attempts to improve its reputation among Canadians.

“I think that’s very unfortunate. And I do know there are senators who wish to take steps to ensure we do have external oversight as a feature of our openness, of our willingness to have independent oversight of expenses in the Senate,” Harder said.

To that end, some Independent senators are now threatening further delay (the Senate has been studying the creation of an audit committee for more than two years) to ensure outsiders can take their seats on the oversight committee to keep a watchful eye on senators.

“The committee being struck in no way precludes the Senate from having ongoing discussions about its composition. Therefore, there’s no reason those discussions should be holding up the committee from being struck,” Housakos said in a statement to CBC News. 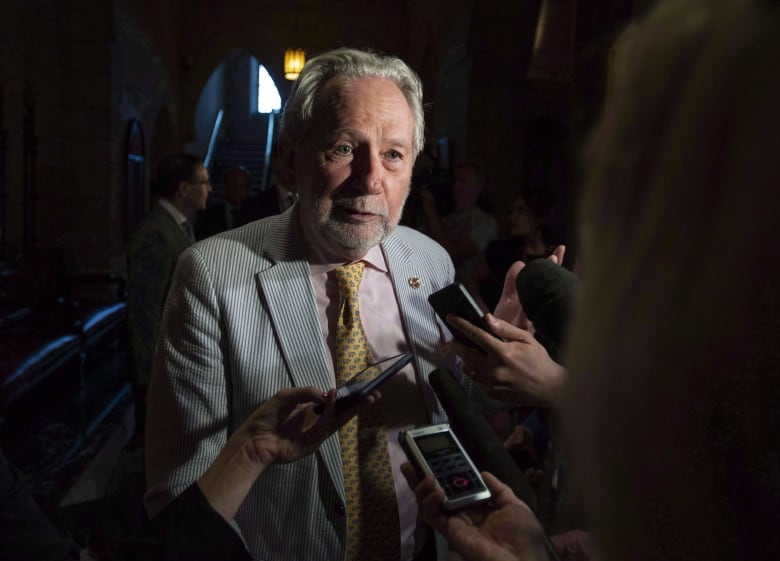 Sen. Peter Harder speaks on Parliament Hill. Harder said some Independent senators will fight a plan for an expenses audit committee that is comprised entirely of members of the Red Chamber. (Justin Tang/Canadian Press)

“This committee and its independence … is imperative as part of the commitment to increased transparency and accountability the Senate embarked on several years ago under Conservative leadership.”

The issue of expenses has long been a problem for the Red Chamber, especially after the bruising expenses scandal of 2013-16. That scandal left four of its members facing police investigations and — in at least three cases — criminal charges for alleged misspending and impropriety. All of those charges were ultimately dismissed.

A subsequent investigation by Auditor General Michael Ferguson resulted in a line-by-line forensic review of senators’ living, travel and office expenses — a two-year process that some members of the upper house have since described as “so painful” and a “colossal waste of money” with a poor “return on investment.”

Ferguson flagged 30 senators with questionable expenses; nine of those cases were referred to the RCMP for investigation. In all, the $27 million audit uncovered about $1 million in problematic charges. The figure to be recouped was later lowered substantially following an arbitration process conducted by a former Supreme Court justice. The Mounties filed no criminal charges.

Some senators fear external oversight could lead to an repeat of the AG experience. 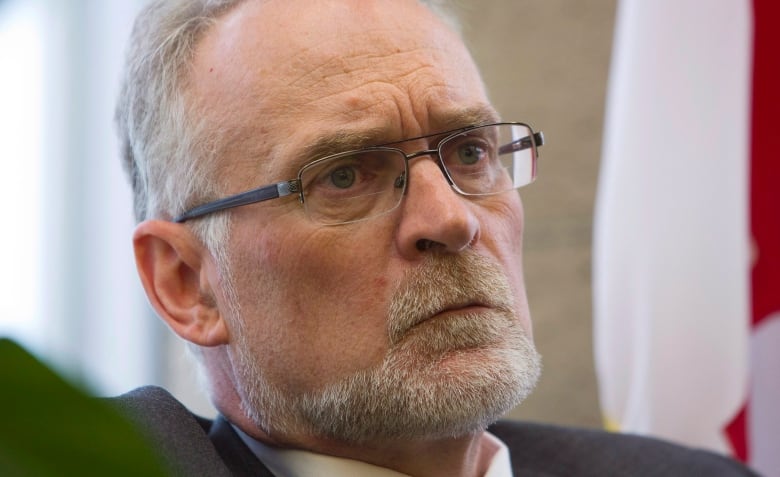 Auditor General Michael Ferguson is shown during an interview in his office in Ottawa, Wednesday, June 10, 2015. The auditor general says the findings of wrongful spending in the Senate are justified despite accusations from some senators that his review was incomplete or flawed. (Fred Chartrand/Canadian Press)

“What we’re trying to do with independent oversight is ensure there is appropriate review of Senate expenses that can assure Canadians and parliamentarians — senators would also benefit from this — that the expenses are indeed in accordance with good public policy process.”

Harder’s plan follows a recommendation from the auditor general to entrust oversight to a body whose membership, including its chair, would include people independent of the Senate — so that senators alone don’t sit in judgment over their fellow senators.

The Senate does retain the services of an accountant from the firm KPMG, but Harder and some other members of the upper house have been advocating for a more permanent position for outside voices.

“The Senate still has a considerable deficit of credibility and legitimacy with the Canadian public. The public needs to trust that expenses are monitored, controlled and audited,” said Independent Ontario Sen. Lucie Moncion, a former auditor.

“We have to demonstrate that we welcome the scrutiny of outside professionals, that we are responding to the needs of our constituents and that we can address our credibility deficit.”

These pro-outside-oversight senators lost a similar battle on the matter with the internal economy’s subcommittee on estimates. In its report on the matter, the subcommittee recommended against having non-senators on the committee, fearing it could violate the constitutional principle of parliamentary privilege and the right of senators to be masters of their own house.

That subcommittee, which was composed of Conservative, Liberal and Independent members, unanimously backed the report.

Harder, again, isn’t sympathetic to cries of parliamentary privilege. “I think that’s what got us in trouble in the first place,” he said.

“Other jurisdictions — Westminster jurisdictions, I should say — have very strong independent oversight. I don’t see why Canada’s upper house is particularly precious in that regard.”

He notes that our “Commonwealth cousins” in the United Kingdom House of Commons and in the Australian Parliament — both of which also experienced expense scandals recently — are self-governing and yet they still have audit and oversight bodies composed only of external members.

‘Bloodlust from the media’

Harder suggested the Canadian Senate follow the example of the British House of Lords, which has an audit committee composed both of lords and two outsiders, including its chairperson.

Regardless of the model the audit committee takes, the Senate will continue to publish office, living, travel and hospitality expenses online — a development brought about in the aftermath of the expenses scandal involving senators Mike Duffy, Pamela Wallin, Patrick Brazeau and Mac Harb.

All senators agree that most of the new audit committee’s work should be carried out in public so that the media and the Canadian people can be privy to its discussions.

Newfoundland and Labrador Conservative Sen. David Wells, who chaired the subcommittee on estimates, said his proposal is not akin to “senators marking their own homework.”

Rather, he wants to hire an internal auditor to help the Senate audit committee — but not to serve on it.

“This will be the regular finance team we have and an internal audit function that would do the blind random sampling of senators’ expenses. The name would not be reported unless there was a question of fraud or malfeasance,” he said during a recent appearance before the rules committee.

He said the U.K. model — the Independent Parliamentary Standards Authority — has morphed into a much larger operation, with dozens of staff and a multi-million-pound budget, and that some British parliamentarians say it’s simply “too drastic.” 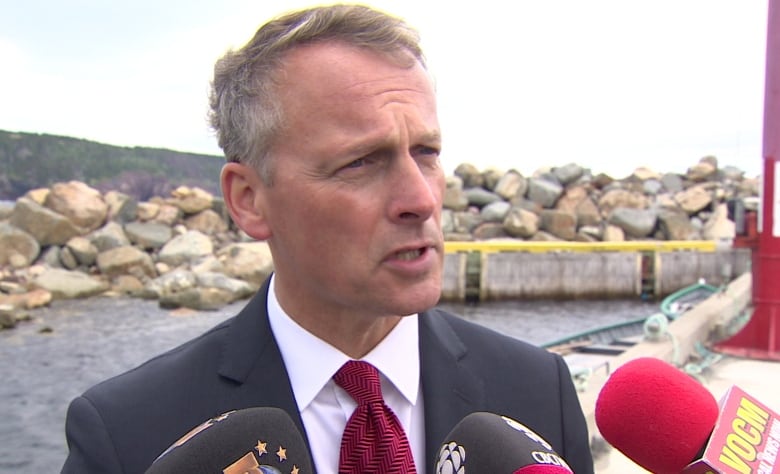 And while the British committee was created in response to outrage from the general public, the information being presented there has now become “boring” to the media, Wells said.

“There’s no bloodlust from the media or the public, and the question of parliamentarians’ expenses is no longer part of the public debate because of the transparency and the disinfection that openness does bring.”

Is America ‘unhinged’, or does its case against Meng Wanzhou have merit?

The State of Love and Sex in Single America