This is an encore episode that aired originally on January 11, 2014.

Over 60 per cent of prices end in the number 9. And the reason behind this odd phenomenon is more complex than you may think.

We judge prices by the left digit.

This method of not pricing items in round numbers is also called “Odd Pricing” — referring to the resulting odd price numbers like 69 or 99 cents.

The practice of odd pricing has been used for for more than a century.

It’s trackable as far back as 1875. At that time, a paper called the Chicago Daily News was founded. It sold for one cent.

The problem was there weren’t enough pennies in circulation. So the owner of the newspaper went to the retail stores who advertised in his paper, and asked them to lower the prices on their goods by one cent.

The merchants agreed to help the paper out.

Then the newspaper owner had barrels of pennies shipped in from Philadelphia to provide the circulation of change.

At the same time, distant merchants began shipping their products to the Windy City via the new railroads, giving the local stores competition. But those Chicago store owners noticed that the odd pricing helped them undercut these new competitors.

Over 60 per cent of all prices in all stores end in the number 9.

Prices ending in 99 cents are powerful because we are conditioned to think 99 cents is a bargain, no matter how small the saving.

It’s interesting that people don’t perceive much difference in value between items priced at $20 and $25. But drop the price by one penny, and they perceive great difference between $19.99 and $24.99.

The power of the number “9” isn’t confined to the cents column, either.

One American clothing retailer experimented by changing the price of a dress from $34 to $39 dollars and increased sales by over 30%.

Meaning – higher prices ending in a “9” will actually outperform lower prices – on the very same product.

The alluring thing about 99-cent pricing is that it feels like a sale price.

It’s a game stores have played with us for decades.

One day, the CEO of one major retailer felt it was time that game was stopped.

Ron Johnson’s claim to fame was that he had created Apple’s retail stores for Steve Jobs.

He spent 12 years at Apple, revolutionized what a computer store could be, and generated a billion dollars of revenue in only two years. 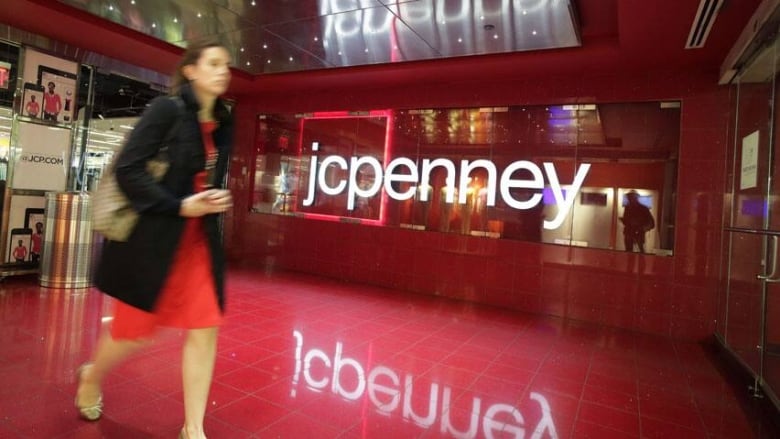 With those stunning credentials, he was lured away to run an ailing JC Penney — a long-established discount retailer that was in need of a makeover.

Johnson had a vision for the store: he wanted to eliminate the “game” of retail pricing.

He felt that shoppers, namely women, were confused by the almost 600 sales JC Penney was offering every year.

He felt sale prices were just a tired scheme where regular prices were artificially inflated, just so they could be slashed down to sale prices. He believed couponing didn’t just discount the product, it discounted the brand.

Johnson felt there was a disease in the pricing, and that disease was spreading. And that’s why JC Penney was ailing.

He wanted to “re-invent retail” with a brand new kind of pricing.

So he introduced a new JC Penney pricing strategy called “Fair and Square.”

The store would drop prices by about 40 per cent and offer those low prices everyday in round figures. They would also eliminate coupons, and only have 12 sales a year instead of 600.

It was a radical change of direction, not just for 111–year old JC Penney, but for any major discount retailer.

Johnson then hired Ellen Degeneres to be their spokesperson:

There was just one thing wrong with the plan.

While there were many reasons why Johnson’s new plan didn’t succeed, it did reveal some truisms about retail pricing.

By removing the context for low prices, shoppers didn’t know how to evaluate the new price tags. Put another way, by removing the original price and not showing the markdown price, shoppers couldn’t determine whether the “everyday low price” was a good value.

So if they saw a $14 dollar shirt, they might assume it was cheaply manufactured. But had they seen a $50 price tag marked down to $14, they would have seen that as a huge bargain.

As Time Magazine noted, it also showed how irrational shoppers can be. An end table that was priced at $150 under Johnson’s tenure didn’t sell. Later, the table was priced at $245, then marked down to $150, and it sold out.

Within one year under Johnson’s new plan, JC Penney sales fell 28 per cent. Revenues even dropped 40 per cent during the critically important Christmas shopping season.

JC Penney’s stock dropped 55 per cent, cutting the retailer’s market value in half.

In the middle of all the bad news, the JC Penney Board of Directors sent a signal to Johnson, and cut his salary by 96 per cent.

The sales results didn’t get any better.

After only 15 months, Ron Johnson was fired as CEO.

So JC Penney went back to being a traditional discount retailer, and ran this commercial as an apology to their shoppers:

What Ron Johnson had been trying to do was eliminate the game of retail pricing.

His intention was admirable.

But in the end, shoppers wanted the game.

Under The Influence is recorded in the Terstream Mobile Recording studio – a 1969 Airstream trailer that’s been restored and transformed into a studio on wheels. So host Terry O’Reilly can record the show wherever he goes.
Follow the journey on Facebook, Twitter and Instagram, and search for the hashtag: #Terstream.

The best elevator pitch in history

The ingenious way Elvis Presley even made money off his haters

“We basically stopped our discretionary spending,” said O’Blenis, the co-founder and CEO of Evidence Partners, which makes software for accelerating the review of scientific and medical literature, using artificial intelligence. “We cut investments in things meant to help us grow.”

It was a defensive posture born of experience. O’Blenis had 12 years earlier nearly been crushed by the global financial crisis. Another looked to be on the way.

In 2008, O’Blenis and his colleagues, Jonathan Barker and Ian Stefanison, hit a brick wall with their first venture, TrialStat, which helped hospitals manage patients’ electronic data. While TrialStat had secured $5.5 million in venture financing just a couple of years earlier, the founders had burned through most of it during a rapid expansion. When the financial world collapsed, so did their firm.

The caution proved unnecessary. Like so many other businesses, O’Blenis underestimated the government’s willingness to keep the economy afloat with easy money. Nor did he anticipate that COVID-19 would prove a significant catalyst for the firm’s revenues so soon.

Evidence Partners is hardly the only local firm with technology particularly suited for the war against COVID-19. Spartan Bioscience and DNA Genotek adapted existing products to create technology for identifying the SARS-CoV-2 virus that causes COVID-19. Ottawa-based units of Abbott Laboratories and Siemens Healthineers make portable blood analyzers that diagnose patients afflicted by the virus.

The Shepherds of Good Hope plans to build an eight-storey building near its current shelter for the homeless in the ByWard Market that would include supportive housing for up to 48 people, a soup kitchen and a drop-in centre.

The organization says it wants to be part of the solution to the housing crisis that has fuelled a rise in homelessness in Ottawa.

People would be moved out of the emergency shelters and into their own tiny apartments in the complex, which would include a communal dining hall and staff available to help with mental health, addiction and medical problems, said Caroline Cox, senior manager of communications for the Shepherds.

Some residents in the neighbourhood are opposed, saying services for the homeless and vulnerable should not be concentrated in one area of the city.

“I was flabbergasted,” said homeowner Brian Nolan, who lives one block from the development proposed for 216 Murray St., where currently a one-story building houses offices for the Shepherds of Good Hope.

Nolan said that, in the 15 years he’s lived in the area, it has become increasingly unsafe, with home and car thefts, drug dealing, loitering, aggressive and erratic behaviour, urinating, defecating and vomiting on sidewalks and yards and sexual acts conducted in public on his dead-end street. Before he lets his son play basketball in the yard, he checks the ground for needles and his home security camera to see who is nearby.

evehe Carleton University Forum Lecture: Towards a Feminist Post-COVID City given by Leslie Kern launches Ottawa Architecture Week. Urban geographer, author and academic, Kern will discuss how the pandemic has highlighted long-standing inequalities in the design, use and inclusivity of urban spaces. The talk will share some of the core principles behind a feminist urban vision to inform a wider vision of justice, equity and sustainability.

Kern holds a PhD in Women’s Studies from York University. She is currently an associate professor of Geography and Environment and director of Women’s and Gender Studies at Mount Allison University.

Kern is the author of two books on gender and cities, including Feminist City: Claiming Space in a Man-Made World (Verso). The book discusses how our cities have failed in terms of fear, motherhood, friendship, activism, the joy and perils of being alone, and also imagines what they could become.

Kern argues, “The pandemic has shown us that society can be radically reorganized if necessary. Let’s carry that lesson into creating the non-sexist city.”

Close to 300 jobs to be filled in Ottawa area Lowe’s and RONA stores, including Carleton Place and Smiths Falls locations

All patios on city property should be allowed to stay open until 2 a.m., Ottawa city staff say