Twenty rifle-muskets, with walnut stocks and brass fittings, sit in a partially intact wooden crate at the department of archeology at Memorial University in St. John’s, where they are being conserved.

The iron barrels have corroded, but the P53 Enfield rifle-muskets are in remarkable shape after spending close to 150 years at the bottom of the ocean.

They were dragged to the surface in 2011 by the Newfoundland Lynx, fishing 150 nautical miles east off Cape Freels in 800 metres of water.

Since then, the P53 Enfields have spent most of the time submerged in a tub of chemicals, including polyethylene glycol, a bulking agent that prevents the wood from collapsing. 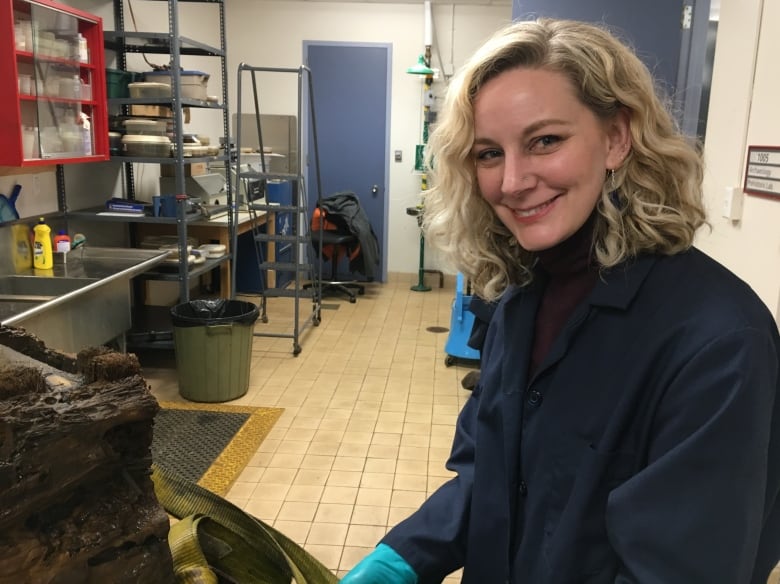 Conservationist Donna Teasdale has been working on the crate of P53 Enfields since 2011. (Todd O’Brien / CBC)

Donna Teasdale, a conservator at the university, said the British-made weapon was common in the 1850s and ’60s.

“The interesting part is that they’re in a crate. [That’s] very rare, and we only know of one other example and that was found in Chesapeake Bay.” 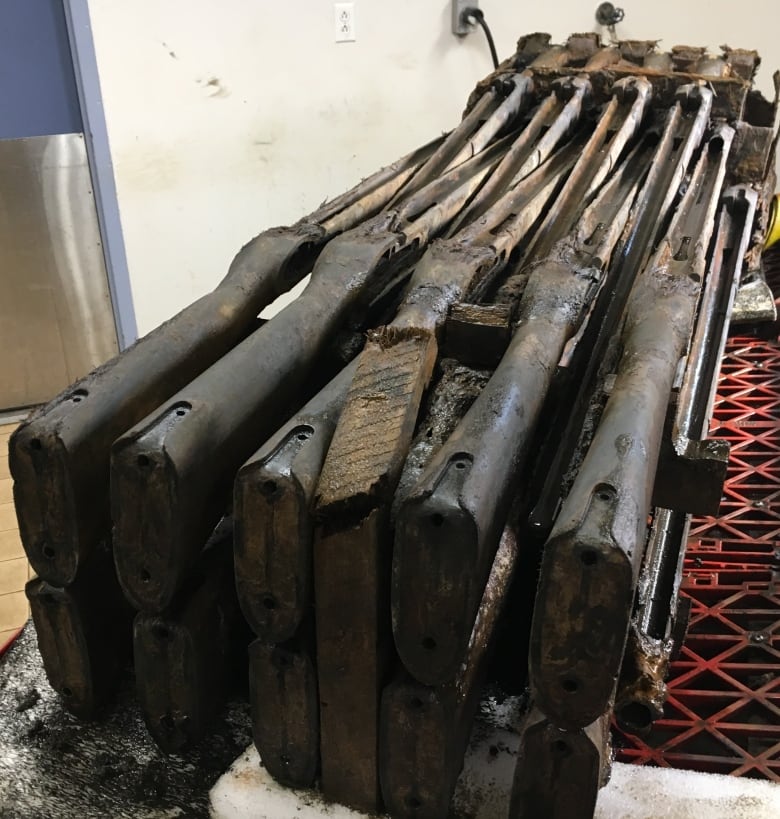 More than a thousand hours of work has gone into restoring the crate of guns alone.

That is nearly complete, and once they spend a few weeks in a vacuum freeze dryer, they’ll be ready for display.

But it’s not settled where they’ll go from here.

“My hope sincerely is that somewhere like The Rooms takes them and puts them on permanent display,” said archeological conservator and graduate student Alexa Spiwak.

“They’re a fantastic find. They have such huge heritage value. They’re such a one of a kind thing. And I think the public loves them and they deserve to be seen.”

The P53 Enfield was ubiquitous in the British army and used during the American Civil War and the Crimean War.

Spiwak has been working on the rifle-muskets for 2½ years.

When the firearms and crate arrived, they weighed around 270 kilograms. They’re now down to half that.

Along with cleaning out lots of packing grease, silt and iron particles, Spiwak spent time researching the guns’ origins. 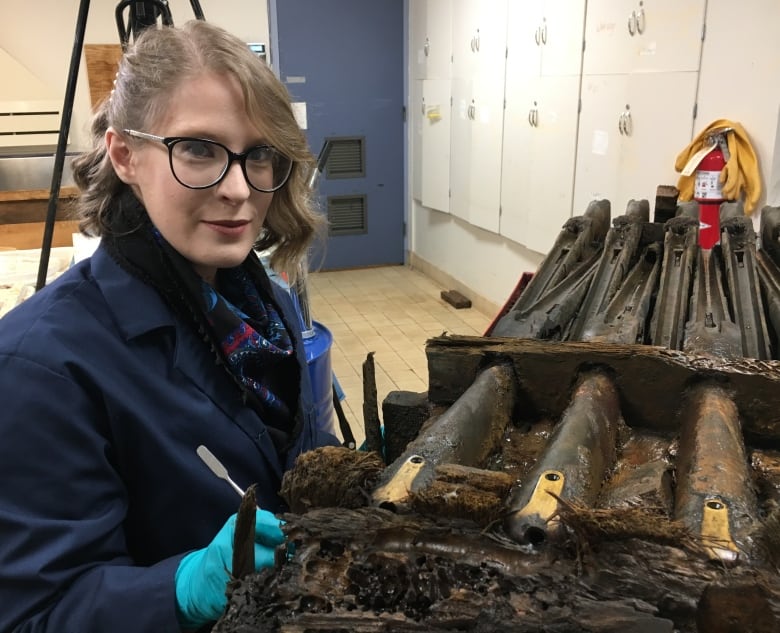 “These were actually what they called first class, the finest that Enfield made at the time,” she said.

They were machine-made and parts were interchangeable, dating from around 1860 onwards.

Spiwak thinks the P53s were in use, possibly in Canada at the time, and were on their way back to Britain.

“In 1866, the British government actually recalled P53s across the empire because what they wanted to do was actually modify the stocks themselves to be breech-loading.”

Until that time, soldiers would use a ramrod to pack in the bullet and gunpowder from the muzzle. 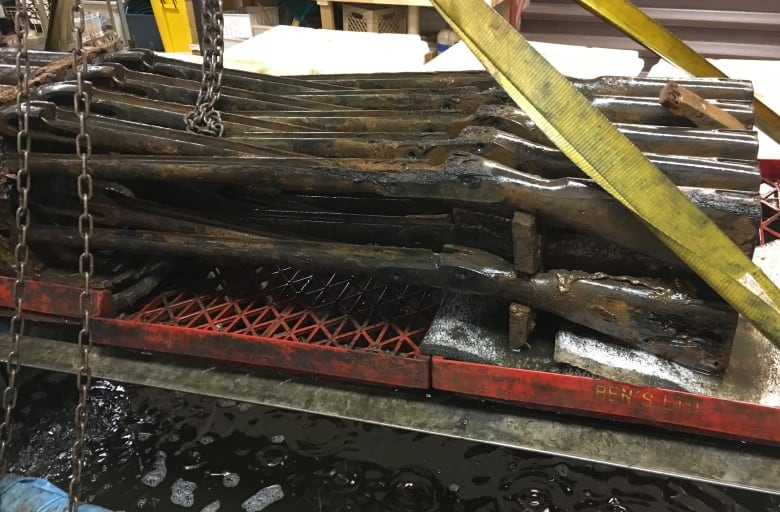 The P53 Enfield rifle-muskets are weeks away from being fully restored. (Todd O’Brien / CBC)

The project is being funded by the provincial Department of Tourism, Culture, Industry and Innovation.

On the front lines of the equalization wars