Yukon conservation officers are seeing more bear activity further into the winter season this year, and they’re asking the public to stay vigilant.

A grizzly was euthanized just last week after wandering into the village of Mayo. Officials say the animal was stressed and in extremely poor condition.

They say the late bear activity can be the result of a number of factors.

“Bears may still be finding enough food on the land and feeding on some of these things,” said conservation officer Aaron Koss-Young. 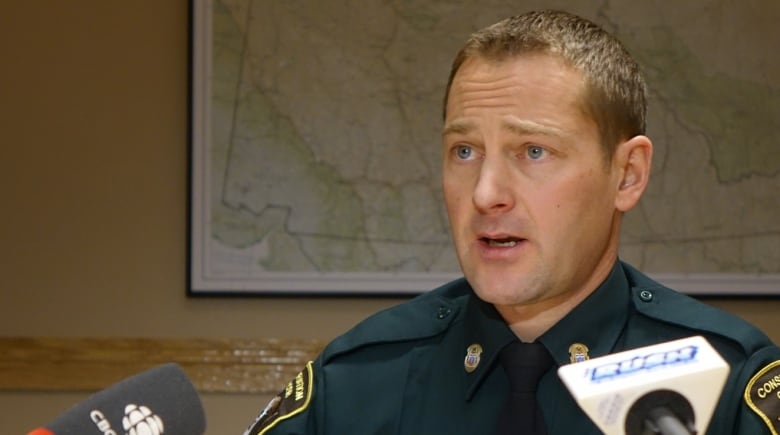 Aaron Koss-Young is a conservation officer at Yukon’s Department of Environment who specializes in human-wildlife conflict prevention. (Claudiane Samson/Radio-Canada)

“It might be worthwhile for them to keep on foraging. A bear may lack the required fat stores to successfully hibernate and become desperate. Or they could be sick or injured.”

B.C. bear expert Lana Ciarniello confirms bears are being sighted later in the season across the country, and she believes this will be the new norm.

“We’re seeing it throughout Canada — in areas where it’s warming and where the winters are staying warmer, the bears are staying out longer.”

The situation is worrying, she says, because it prolongs the period during which humans and bears can come into conflict.

“We are absolutely going to have to change our behaviour,” said Ciarniello.

Yukon environment officials are reminding people to remain “bear aware” and not let their guards down.

“Bear spray can be effective, even in the winter, if it’s kept warm,” said Koss-Young. He recommends people check with the manufacturer, and carry the spray inside their jackets.