Passengers who were rebooked on another flight after their Delta Air Lines plane slid off the runway at Saskatoon’s John G. Diefenbaker International Airport this morning have found themselves grounded once again after the same plane experienced a mechanical problem.

A passenger tweeted that the plane — set to depart Saskatoon for Minneapolis this afternoon — was delayed upon takeoff.

CJ Dushinski, with Skyxe Saskatoon Airport Authority, confirmed that there was a mechanical issue with the aircraft, calling it “bad luck.”

“It’s an airline issue,” she said.

Layne Watson, a spokesperson with SkyWest Airlines, which operated the Delta flight, said that the plane was moving when the pilot braked due to a “mechanical indication.” The mechanical problem was unrelated to this morning’s incident, he clarified.

“First and foremost, we apologize to [passengers] for the inconvenience,” he said.

Watson said the airline was rebooking the passengers on a flight set to depart at 9 a.m. CST on Saturday, with the potential for an earlier flight leaving at 6:15 a.m. The airline would be providing overnight lodging to those that needed it.

When asked about potential compensation, Watson said that Delta would reach out to passengers on that front.

The passengers had already been rebooked after their Delta plane slid off the runway while departing at 6:30 a.m. Friday. None of the crew or the 74 passengers aboard were injured.

Passengers said the plane gently slid off the concourse and got stuck in the grass.

“I didn’t even notice because it was really smooth,” said passenger Nicole Pylypchuk. “I thought we were just stuck for a bit, but then an hour went by.”

A bus eventually took the travellers back to the main terminal.

By late morning, the main concern for passengers was delayed connections to other flights. Many were travelling through Minneapolis to other locations. 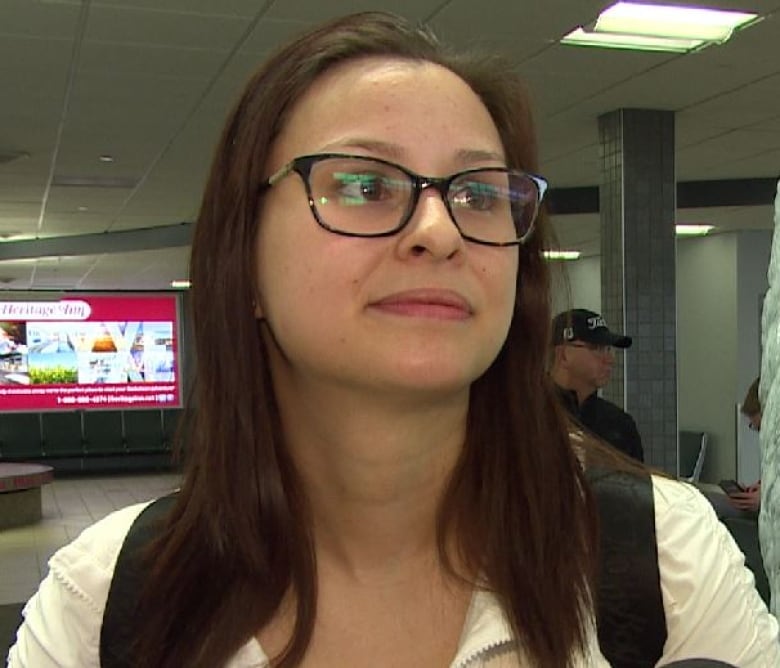 Nicole Pylypchuk said her main concern was making her connecting flights on her way to Mexico. (Omayra Issa/CBC)

“I wasn’t scared on the plane,” said Pylypchuk. “I’m scared now because I want to make it onto my trip on time.”

Freezing rain had created slippery conditions at the Saskatoon airport. Travel was not recommended on many Saskatoon highways at the time. 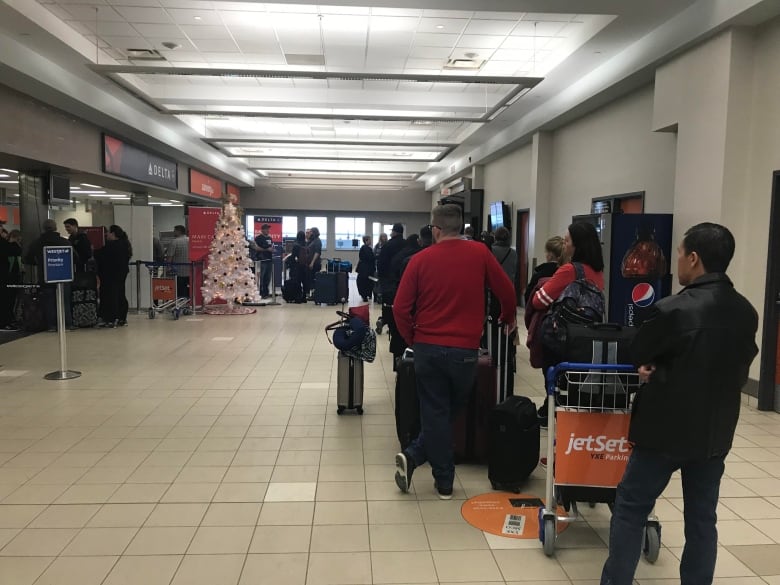 Saskatoon passengers wait in line to rebook connecting flights after their plane skidded off the taxiway. (Omayra Issa/CBC)

“We are in a normal operating scenario for the pavement surfaces here,” said airport authority CEO Stephen Maybury earlier in the day. “That said, it’s rapidly changing icing conditions and windy out there, particularly toward the shoulder and the outside of the runway surface.”

Maybury later told reporters that the airport is constantly monitoring tarmac conditions, and working to keep it clear of snow and ice. In this case, the plane lost directional control and had a wheel go off-course.

Despite the mishap, the airport was able to keep up its normal operations throughout the morning by using its secondary runway, he said.

Ontarians, we’re all living in a Dukes of Hazzard show now