When Leopa Akpalialuk laid out his seal nets on Wednesday in a fjord outside of Pangnirtung, he wasn’t expecting any surprises.

But he got one.

The 67-year-old pulled in his nets to discover a small, albino ringed seal with pink eyes, white claws and white fur.

“The seal had perished before I could reach it,” he said in Inuktitut.

Akpalialuk said it isn’t unheard of to catch an albino seal, but Inuit traditional knowledge says to “respect and not harvest albinos.”

He has been displaying the frozen seal at the visitors centre for curious townsfolk since it was caught. He said its fur is very attractive and would make a unique pair of kamiks.

“I have it for sale because it is truly unique, otherwise, it would have been our next meal,” he said.

About 1,000 people from the community have viewed the seal, out of the approximately 1,481 people who live there, according to the Statistics Canada in 2016. 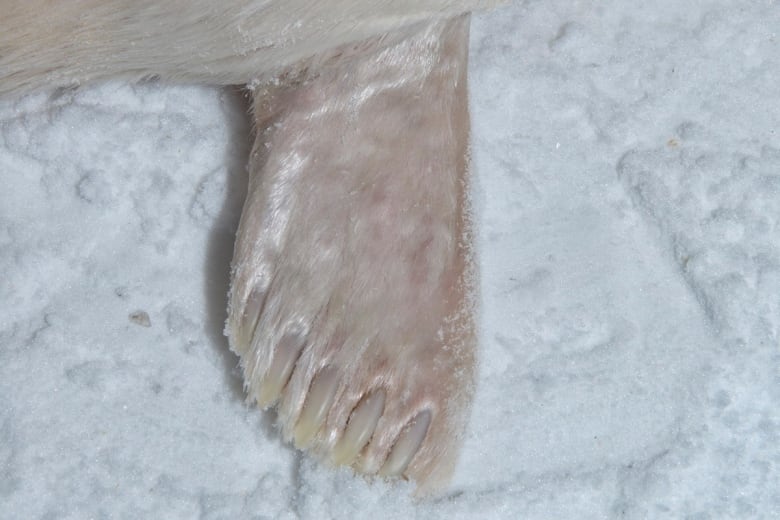 The albino seal has white fur and claws. Leopa Akpalialuk says he has never seen a seal like this before. (David Kilabuk)

Steven Ferguson, research scientist with the Department of Fisheries and Oceans, said the seal Akpalialuk caught is likely albino. Albinism is defined by a complete loss of pigment, including pink eyes, white skin and white claws.

It’s very rare to find an albino seal, said Ferguson, adding he only knows of four cases in all the different seal species around the world. Ferguson has never heard of an albino ring seal discovery, and it may be the only albino seal ever caught in Canada.

“I certainly would like to get a sample of the seal so we could test it to see what the genetics would tell us,” said Ferguson.

He said albino seals are very rarely seen, and he doesn’t have an answer as to why that is.

“I’m actually struggling to figure out why it is so rare in seals relative to other animals.”

Ferguson said he isn’t sure of the implications of albinism could be in terms of the seal’s ability to camouflage itself. He said seals have a darker back and lighter belly so predators underneath wouldn’t be able to see them. But if the seal is all white, it may look similar to a normal seal from underneath. 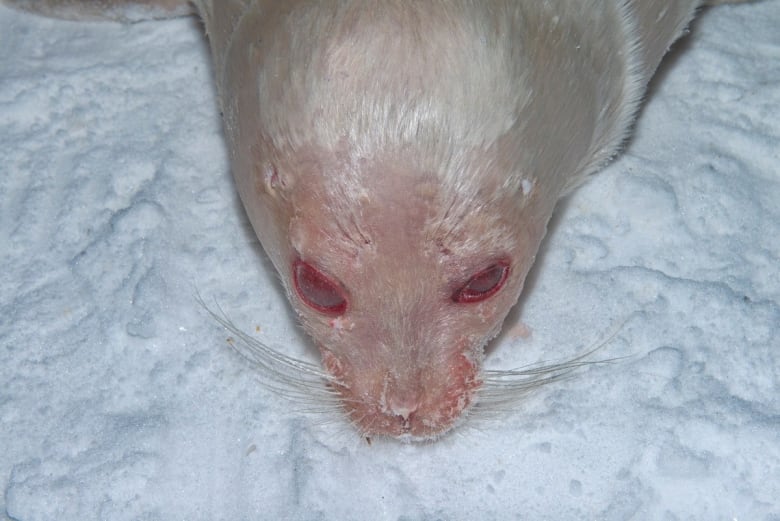 The seal was caught outside of Pangnirtung. It can be viewed at the community’s visitor’s centre. (David Kilabuk)

He said polar bears trying to catch it from above may have a hard time seeing an all-white seal.

“That might actually help, it’s pretty blended into the snow and ice,” he said.

Ferguson added ring seals are “fairly numerous” in the circumpolar region, but there are some indicators that may not be doing as well in the southern extremities.

“I think their habitat is almost identical to polar bears … so any talk of polar bears having a sketchy future with the loss of sea ice is probably the exact same scenario for ring seals.”

What We Can Learn About Online Privacy From Climate Change