Three school buses have been destroyed after catching fire in a busy gas station parking lot in New Minas, N.S., about 98 kilometres northwest of Halifax, on Saturday morning.

The New Minas Volunteer Fire Department got the call about a bus on fire at the Irving Big Stop on Prospect Road just before 10 a.m.

It appears the fire started in an engine of one bus due to a malfunction with the electrical wiring, said fire chief James Redmond.

He said the buses had their block heaters plugged in, but didn’t know if that was a factor.

“Three buses were extensively fire-damaged,” he said. “They were totally engulfed when the fire department arrived and their destiny was already sealed.”

Redmond said another school bus sustained minor damages, but that no one was injured and no other vehicles were damaged.

The school buses were parked in a line of about 12 buses at the far side of the Irving parking lot, he said.

Tina Vaughan, a supervisor at the Big Stop Restaurant, made the call to 911 after another employee saw smoke. 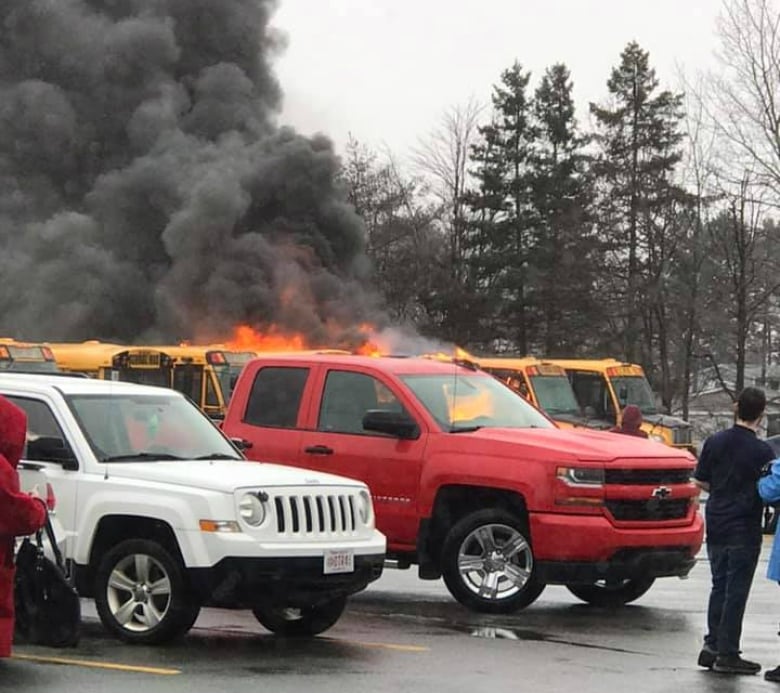 There were about 12 buses parked in a row at the far end of the Irving parking lot, said Redmond. (Travis Tibbitts/Facebook)

“I ran down to the window and by then I could see flames shooting 10 feet [3 metres] in the air,” said Vaughan, adding the restaurant is about 15 metres away from the buses.

She said the restaurant and parking lot were packed at the time and curious patrons were taking photos from the window.

“I was scared. You think about it, one bus blows — are they all going to continue on to blow? You know, you can’t help but think of that,” said Vaughan, who thinks it could have been much worse. 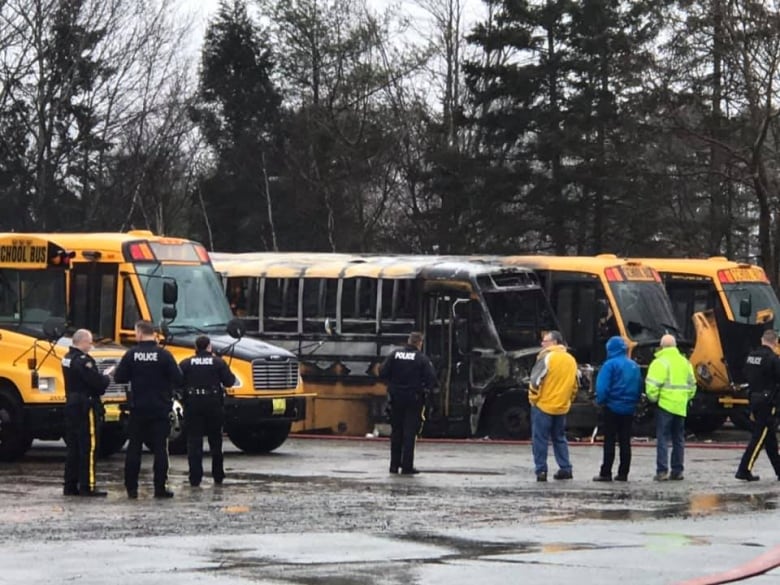 Matthew Eagar, a former firefighter, was waiting for a friend when he saw thick, black smoke. He went to grab the fire extinguisher he keeps in his car but by then flames had covered the entire first bus.

“With the wind and everything it spread really fast,” he said.

Firefighters were able to knock down the fire in a matter of minutes, said Redmond, and had cleared the scene within two hours.

Redmond said the fire doesn’t appear to be suspicious.

But who will stand up for the autocrats?