What does an astronaut on the International Space Station (ISS) do on a day off, orbiting 400 kilometres above the Earth?

Canada’s newest space traveller, David Saint-Jacques, has this Christmas Day off — and if the past is any guide, he’ll fill the time with reading, movies, a telephone call and Earth-watching.

Christmas is one of 11 statutory holidays listed in a new labour contract for astronauts approved by the Liberal cabinet just five days before Saint-Jacques blasted off for the ISS from a launchpad at Baikonur, Kazakstan, on Dec. 3. 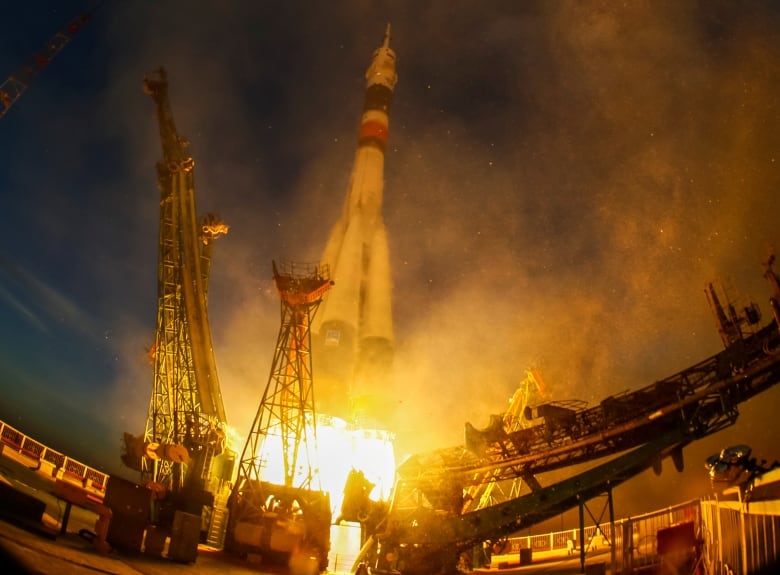 The Soyuz MS-11 spacecraft carrying Saint-Jacques, Oleg Kononenko of Russia and Anne McClain of the U.S. blasts off to the International Space Station (ISS) from the launchpad at the Baikonur Cosmodrome on Dec. 3. (Shamil Zhumatov/Reuters)

A copy of the contract, obtained by CBC News, shows the contract for Canada’s astronaut corps has been sweetened considerably since its 2009 version.

Cabinet has added a new Aerospace Premium, worth an additional eight per cent of salary, for those working in high-risk or challenging environments, such as a space station.

There’s a new “incidental expenses” section, which reimburses astronauts up to $3,000 for out-of-pocket expenses related to any space flight.

Other improvements include a relocation allowance of $6,500 (alas, not available for moves to the space station), enriched vacation perks and leave with pay for professional development.

The new perks enhance the most recent salary scale, which has been in effect since April 1, 2017.

Though this part isn’t new, Canada’s astronaut contract also covers all travel expenses, including accommodation and food, to allow an astronaut’s family to attend a launch.

We get memories for a lifetime.– Gov. Gen. Julie Payette,  a former ISS astronaut

Saint-Jacques’s wife and three children travelled to Baikonur to watch his launch aboard a Soyuz capsule provided by the Russian government. Ottawa will also pay their way to the landing site in mid-June.

The Canadian government also buys a $1.5-million life insurance policy to cover the time Saint-Jacques is aboard the space station, as required by the terms and conditions of the agreement.

On the down side, the deal does not pay astronauts any overtime beyond the stated minimum of 37.5 hours a week.

“Given the nature of work as an Astronaut, the hours of work are irregular and work demands frequently result in long work hours,” says Article 3.1 of the document. 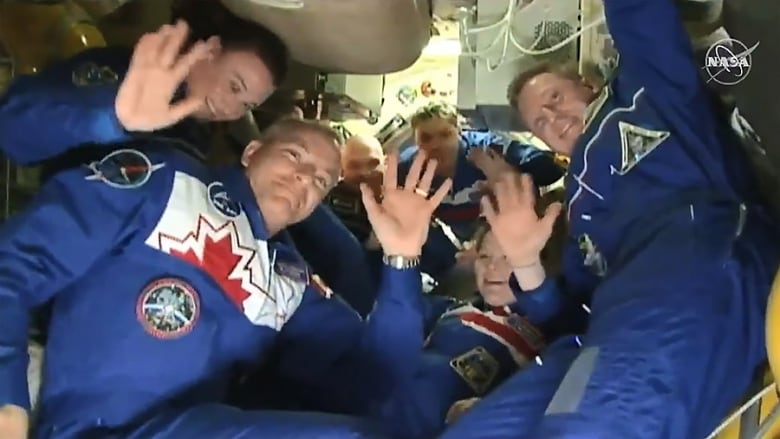 “In order to meet job requirements, an Astronaut must regularly adapt to changes in plans and work schedules with short or no notice.”

The contract provides for 11 paid holidays, including Christmas.

But the rules are bent when an astronaut is aboard the space station, said Audrey Barbier of the Canadian Space Agency, the astronauts’ official employer.

“The actual days they get ‘off’ are negotiated months before they get on-board and are usually a collective mix of the ISS crew member countries,” Barbier said in an email.

“For example, David does get Christmas but not Boxing Day. Currently, he will also get New Year’s and a Russian holiday on Feb. 25. Operations planning tries to respect all the national holidays of the crew members on board.”

So what do other astronauts do with downtime on the ISS? (It’s not like it’s easy to take a walk.) 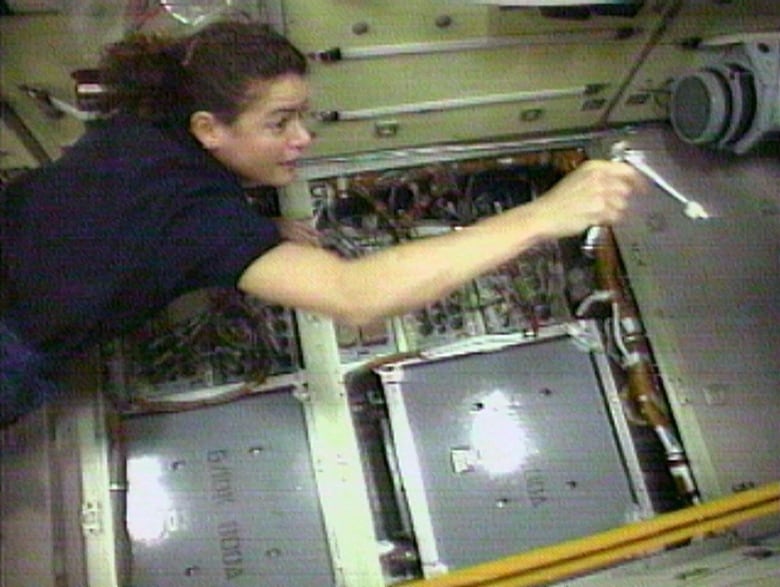 Julie Payette, now Canada’s governor general, changes equipment on the international space station on May 31, 1999. She says many astronauts spend much of their days off watching the Earth out the window. (AP Photo/NASA TV)

“When you have free time, you can read a book,” said Gov. Gen. Julie Payette, a former astronaut who made two trips to the International Space Station.

“You can watch a movie on the computer, you can watch a program uplinked from the ground, you can use the phone to call your family and chat with them.

“But most of us, I must say, just drift to the window and look at the magnificent spectacle we have at our feet — planet Earth. We take pictures and we get memories for a lifetime.”

This Internet Person Thinks Your ‘Curb Your Enthusiasm’ Memes Are Terrible

[Report] 5G AND THE IoT from Business Insider Intelligence