A huge Mayan city with pyramids, a perfectly preserved horse from the last ice age and a microbe representing a whole new branch on the tree of life were some of the amazing scientific discoveries announced in 2018.

It was also a year when we saw growing concern about the environment, and when CBC News increased its own focus on environmental issues like recycling and climate change.

Here’s a look back at some of the science and environment stories that connected with readers this year.

Alcohol and the ‘Asian glow’

In January, just as many of us were coming off booze-infused New Year’s celebrations, scientists released a study on mice that appeared to show how alcohol causes cancer — by damaging DNA. The news was extra bad for mice that have the same gene that is responsible for making the faces of many humans flush red after a small amount of alcohol — a phenomenon sometimes known as the “Asian glow,” because more than a third of East Asians have the gene. 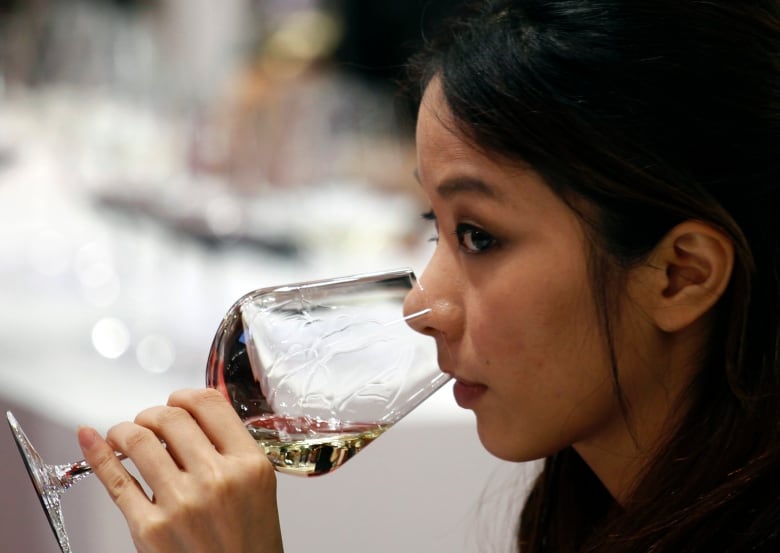 More than a third of East Asians have a gene that makes their faces flush red after they drink just a small amount of alcohol. Because of that, the phenomenon is known as the ‘Asian glow’ or ‘Asian flush.’ (Bobby Yip/Reuters)

In February, atomic scientists issued a dire warning about how close they think we are to the collapse of civilization — represented symbolically by midnight on the “Doomsday Clock.” For the second time in history, the clock’s hands ticked forward to 11:58 p.m. The only other time that happened was during U.S. and Soviet Union nuclear weapons testing in the 1950s. This time, the Bulletin of Atomic Scientists cited nuclear threats between U.S. President Donald Trump and North Korean leader Kim Jong-un, as well as climate change and technological threats from artificial intelligence and cyberattacks.

Robert Rosner, chairman of the Bulletin of the Atomic Scientists, right, and Lawrence Krauss, moved the minute hand of the Doomsday Clock to 11:58 p.m. in January. (Carolyn Kaster/Associated Press)

It wasn’t all bad news, though. Later that month, archeologists announced they had found tens of thousands of Mayan houses and other buildings, including impressive pyramids, hidden under dense jungle. The discovery, made with a high-tech aerial mapping technique, suggests 10 million Mayans may once have lived in Guatemala’s Peten region. 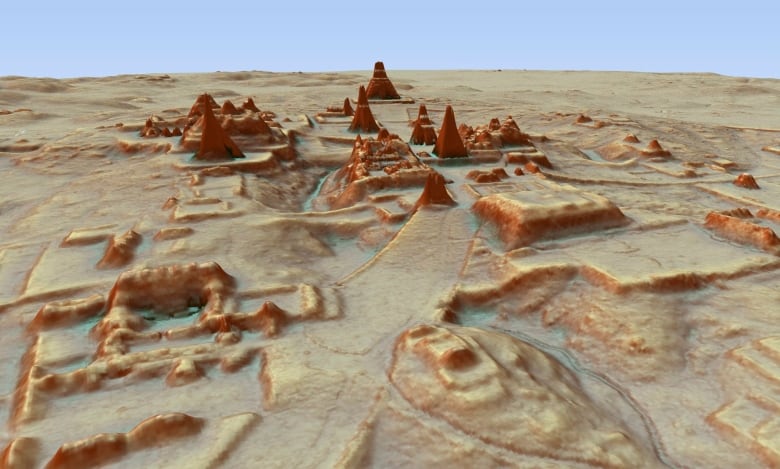 Starman and Tesla blast off

One of the year’s big space technology milestones also took place early in the year. SpaceX’s Falcon Heavy rocket launched for the first time, carrying CEO Elon Musk’s cherry red Tesla roadster, with a mannequin named “Starman” at the wheel. While the launch was successful, it wasn’t without its glitches. For one thing, the plan was to put Starman in orbit between Earth and Mars, but it overshot, and is now headed to the asteroid belt between Mars and Jupiter. 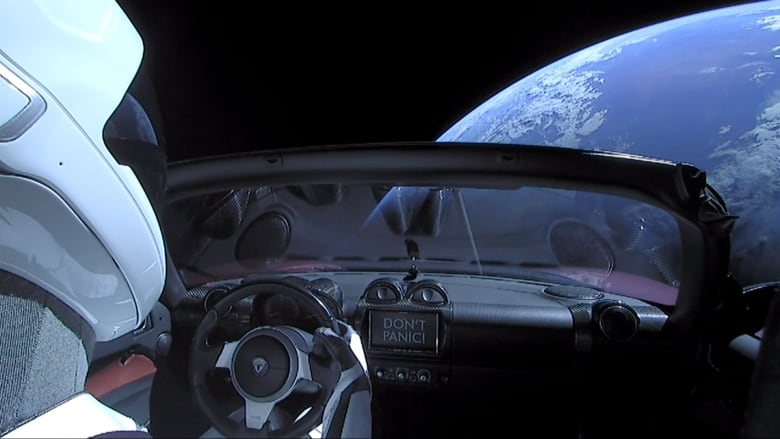 Starman, the mannequin launched into space by SpaceX, has a front seat view of Earth. A plaque on the dashboard reads ‘Don’t panic!’ – an homage to Douglas Adams’ book The Hitchhiker’s Guide to the Galaxy. (SpaceX)

When science is a ‘living hell’

In 2002, a paleontologist named Gerard Gierlinski went to a Greek island for vacation with his girlfriend and stumbled upon an extraordinary discovery — what he believes are the oldest human-like footprints in the world. That wasn’t well-received by many scientists who see Africa as the cradle of humankind. Trying to get the research published took many years and was “a living hell” in the words of one of Gierlinski’s collaborators. We shared an intimate, in-depth look at the fascinating story of the discovery this year and the struggle to make it public, providing a behind-the-scenes look at how science and peer review work, and what happens when conflicts erupt among scientists in response to new ideas. 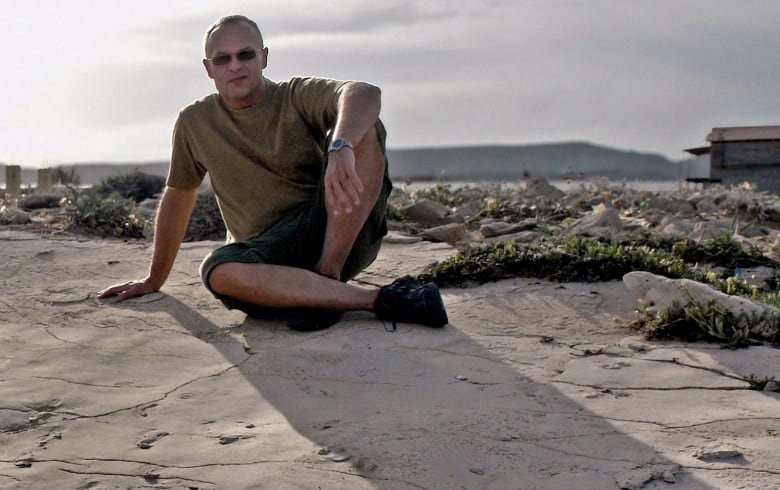 During a holiday in Crete in 2002, Polish paleontologist Gerard Gierlinski found imprints on a beach that he believes are the oldest human-like footprints in the world. (Submitted by Gerard Gierlinski)

In 2018, China, the biggest market in the world for recyclables, closed its doors to much of the paper and plastic we throw in our blue bins. CBC News decided to take a closer look at the way we recycle, through our series Reduce, Reuse, Rethink. We learned that your lifestyle is making recycling unsustainable. What’s more, many Canadians are recycling wrong, and it’s costing us millions. 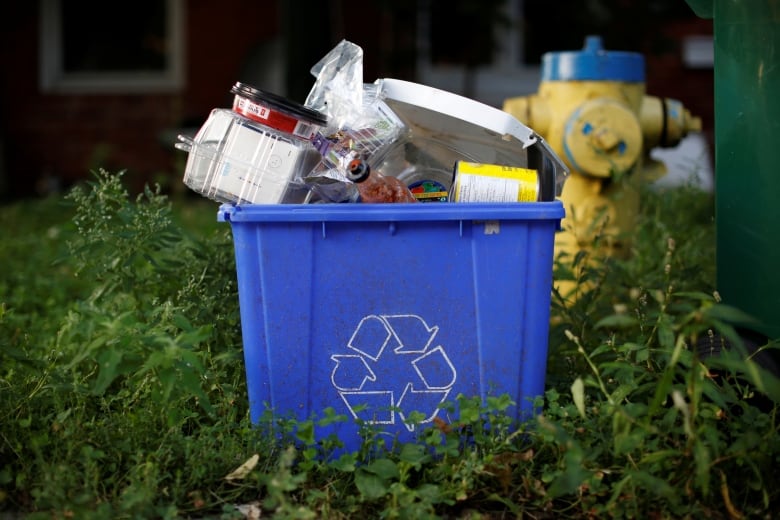 This year, CBC News decided to take a closer look at the way we recycle through our series Reduce, Reuse, Rethink. (Chris Wattie/Reuters)

We’re continuing the conversation into 2019, and you can still take part through our Reduce, Reuse, Rethink Facebook group. (For those who are interested, we also launched a newsletter in 2018 focused on environmental issues called What on Earth?)

A two-month old foal that died 30,000 to 40,000 years ago, during the last ice age, was found perfectly preserved in permafrost in Siberia, scientists announced in August. Check out the amazing photos. 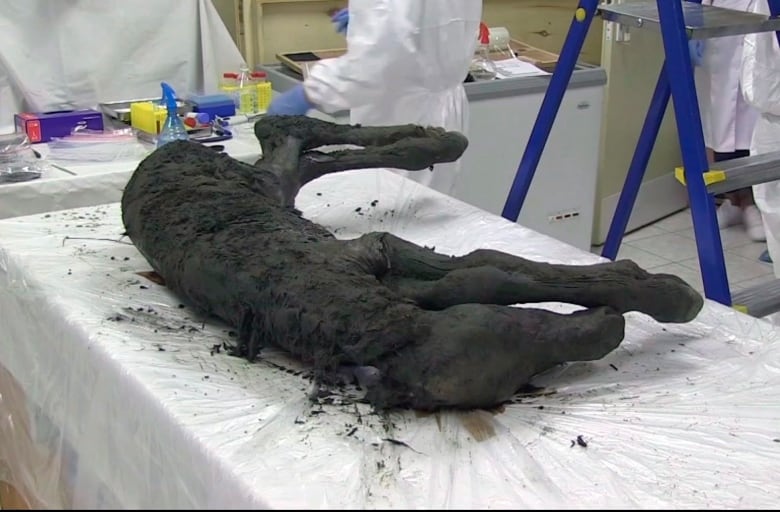 A foal that lived more than 30,000 years ago was found perfectly preserved in Siberian permafrost in Yakutia, Russia, scientists announced in August. (Associated Press)

In September, Hurricane Florence hit the U.S. east coast, killing 53 people in North Carolina, Virginia and South Carolina. We took a look at some of the factors that make storms like Florence so damaging — including the fact that it slowed almost to a halt when it hit land. 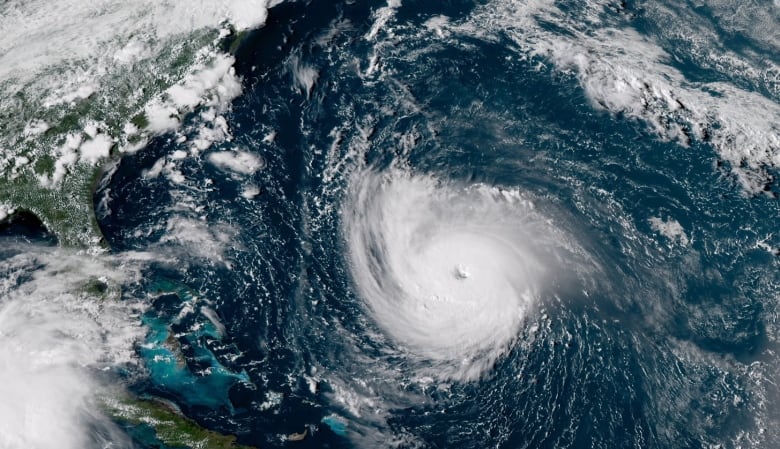 In this NOAA satellite image from Sept. 11, Hurricane Florence is seen just northeast of the Turks and Caicos Islands. (NOAA/National Hurricane Center)

The discovery of a distant dwarf planet nicknamed “The Goblin” was announced just before Halloween. But what made the discovery particularly exciting was its strange orbit, which supports the idea that there is a Super-Earth seven times the mass of our own planet waiting to be detected at the outer edge of our solar system. 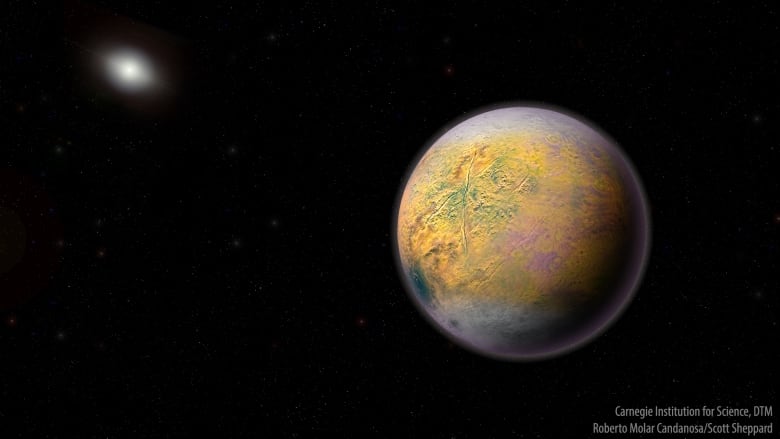 An artist’s conception shows Planet X, a super-Earth that may be waiting to be discovered at the outer edge of our solar system. (Roberto Molar Candanosa and Scott Sheppard, courtesy of Carnegie Institution for Science)

New branch on the tree of life

A graduate student out for a hike with some friends in Nova Scotia decided to scoop some soil from the side of the trail. When she examined the contents under a microscope a few weeks later, she spotted some very unusual microbes. A DNA analysis showed that these “hemimastigotes” belong to a completely new branch on the evolutionary tree of life, and are less closely related to any other know organisms than animals are to fungi. 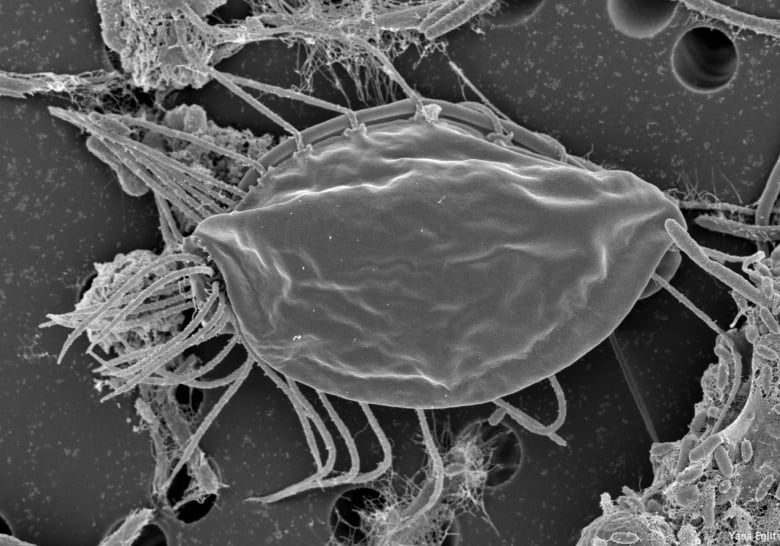 This is an electron microscope image of Hemimastix kukwesjijk, named after Kukwes, a greedy, hairy ogre from Mi’kmaq mythology. (Submitted by Yana Eglit)