Two London drivers say they can’t believe police won’t recommend charges against a driver who started a rear-end, chain reaction crash that damaged five vehicles and was captured on camera.

For Zita Sharon, she said the crash totalled her car and ruined her Christmas.

“[The driver] caused all the damages and there’s no charge, that’s not at all fair,” said Sharon. “He didn’t even try to slow down.”

The crash happened on Sunday Dec. 23 at about 3 p.m. at the intersection of Highbury Avenue North and Oxford Street East.

Sharon was travelling southbound on Highbury in her 2018 Hyundai Elantra, purchased earlier this year. She had slowed down because a group of cars ahead of her had stopped for a red light at Oxford.

What happened next was captured in the rear- and front-facing dashboard cameras in Sharon’s car.

You can watch the video here:

Front- and rear-facing cameras in Zita Sharon’s car show how she was rear-ended in Sunday’s collision 0:07

Without warning, Sharon’s car was slammed into from behind. Her car was violently driven forward about the space of two car lengths before smashing into a car stopped in front of her.

“The air bags opened, there was smoke all over. I was in shock, shivering. It happened in a second. It was really scary.”

The rear-view camera footage shows the car failing to slow down as it slammed into Sharon’s rear bumper. Four other vehicles were also damaged.

Among them was Marcia Pauli’s car. She too can’t believe there are no charges.

“I’m very unhappy about that because my eight-year-old child was in the car with me and that upsets me that [that the driver] won’t be charged,” she said.

Pauli says she’s suffering from neck pain and Sharon says she has bruising in her legs, along with neck and shoulder pain.

Police were on scene, but no charges

Sharon said a police officer came to the scene but told her the driver who ran into her would not be charged. Sharon said the officer offered no further explanation and was also not interested in seeing the dash-cam footage.

“She seemed to be in a rush to leave,” said Sharon.

In crashes that cause more than $2,000 in damages but result in no serious injuries, the drivers involved must go to the collision reporting centre, which Sharon did. 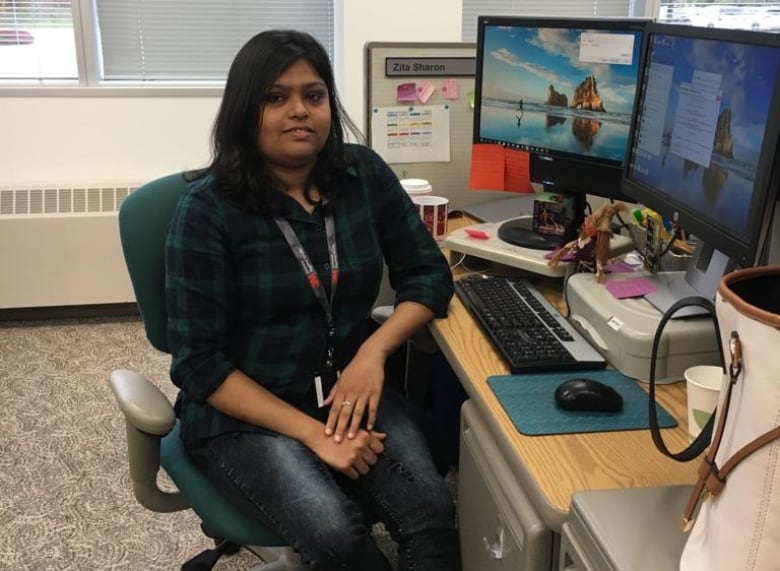 London police Const. Jose Montoya said it’s common that charges are not laid in incidents that involve minor injuries, even when there is evidence suggesting a driver is at fault.

Montoya said if someone was taken to hospital with injuries, then the responding officer is more likely to recommend charges.

For the two women, that’s not good enough.

They’ll have to recover from their injuries and deal with the hassles created by the crash at a busy time of year.