It’s been a trial by fire from day one for Doug Donaldson. When he stepped into the job of forests minister in July 2017, the province was already in a state of emergency because of out-of-control wildfires in central B.C.

That summer saw fires consume more of the province’s landscape than any year on record, as well as the largest evacuations in B.C. history.

It wasn’t an aberration. Even more of B.C. burned in the summer of 2018, and a state of emergency was declared once again.

Now eighteen months into the job, Donaldson says it’s clear we need to adjust to a new reality.

More of B.C.’s landscape has burned in the last two years than in the previous 25 years combined, and hundreds of families across the province have been left to rebuild their lives after losing their homes and belongings.

‘Frustrating’ delay in action on prevention

But weather is just one necessary ingredient for catastrophe. Wildfires also need fuel, and forest management practices have long contributed to the severity of fires in B.C.

After the devastating wildfires of 2003, an independent review urged immediate action to remove potential fuels, such as dead wood and shrubs, from the landscape in the areas surrounding communities.

By the time 2017 rolled around, little of that work had been done.

“I think it’s frustrating for people who’ve been impacted by the fires in the last two seasons,” Donaldson acknowledged.

It’s going to take at least a decade for B.C. to catch up on necessary prevention work, according to Kevin Kriese, the chair of the Forest Practices Board.

Nonetheless, Donaldson is optimistic that we’ll be able to gain some ground before the 2019 wildfire season. Part of that will be accomplished through the new Community Resiliency Investment program that funds fuel management work on Crown and private land. 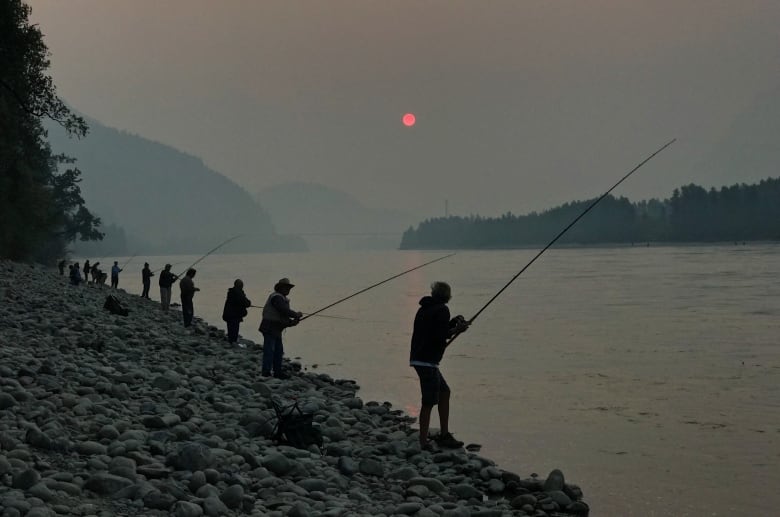 B.C. residents may have to adjust to occasional smoke from controlled burns, Donaldson said. (Gian-Paolo Mendoza/CBC)

The B.C. Wildfire Service has also conducted numerous prescribed burns since the fall, and Donaldson said there will be a renewed focus on controlled burning after years of hesitation.

That will require a lot of training to conduct safe burns, as well as understanding from the public.

“We can prepare ourselves by being more accepting of practices that could put smoke into the air for shorter periods of time,” he said.

Taking another look at glyphosate use

He also acknowledged the province will have to reconsider policies that promote a monoculture of highly flammable conifer trees in managed forests. As CBC has reported, B.C. mandates that thousands of regenerating forest stands be sprayed with the herbicide glyphosate every year to prevent the growth of broadleaf trees like aspen.

That’s even though aspen and other broadleaves serve as natural fuel breaks in the forest, often dramatically slowing the spread of a wildfire.

Donaldson said his ministry is looking into how to update forest regulations to promote a mosaic of different tree species.

“In some ways, because of these large fires, we have an opportunity to really rethink how we manage a forest,” he said. 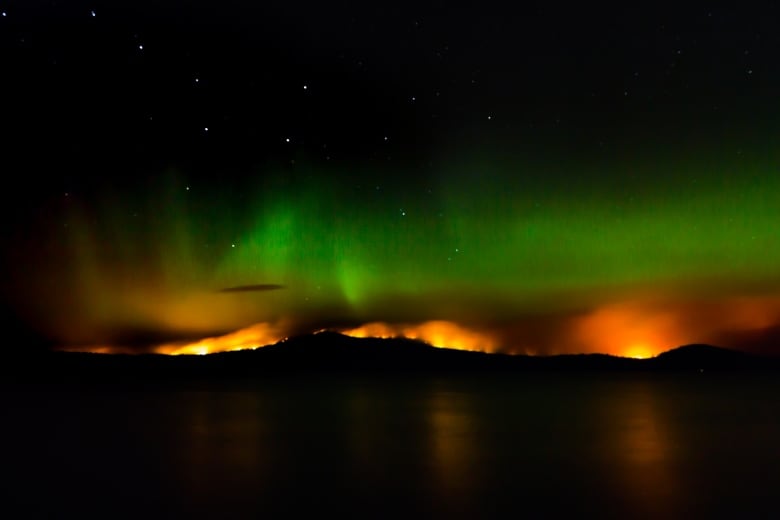 Wildfire fringes the night sky at Fraser Lake, with the northern lights in the background, during the 2018 wildfire season. (Submitted by David Luggi)

It’s far too early to say what the 2019 wildfire season will bring, but long-range forecasts from Environment Canada suggest a strong probability it’ll be another warmer than normal summer.

For his part, Donaldson is hoping next summer will be a bit wetter, but he’s still haunted by the thought that more than homes could be lost next time around.

“I just am incredibly amazed at the … response that we’ve had so far that has ensured we’ve haven’t lost one life even though we’ve had 2.5 million hectares consumed,” he said.

First right whale calf spotted in more than a year