Laura Bromley first fell in love with the Harry Potter books when she was a Grade 6 student at William McDonald Middle School in Yellowknife.

Now, she’s a Grade 6 and 7 teacher at the same school, working to ignite a love for the same stories in her own students. They started studying the first book in J.K. Rowling’s series, Harry Potter and the Philosopher’s Stone, last month.

As a surprise to go along with the curriculum, she’s bringing her students right into the pages of the novel by transforming her classroom into Hogwarts, the British school of witchcraft and magic that forms the setting for the series.

“I think [Harry Potter] represents kind of what we all hope to be a little bit,” she said.

“Becoming a wizard isn’t really the realistic part, but just discovering our abilities and going through adventures and trials and tribulations and things like that is really exciting.” 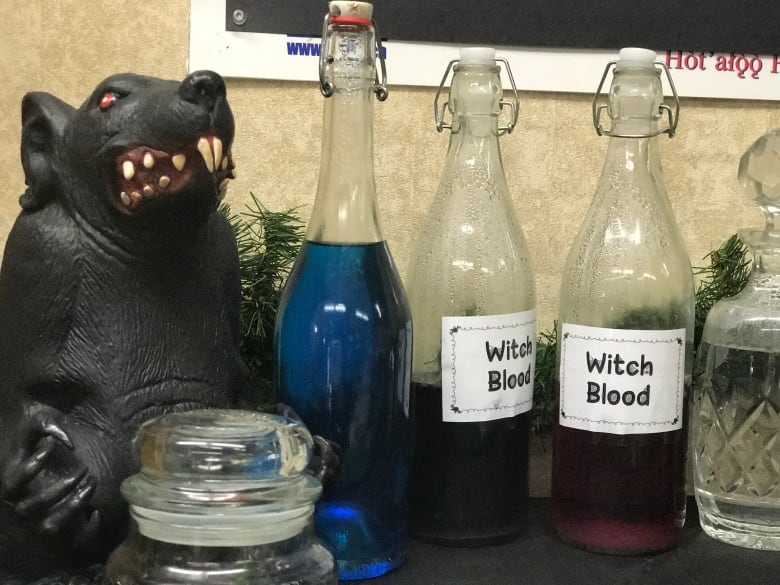 The Harry Potter curriculum isn’t just literature. Bromley uses elements from the book to teach her students other subjects, such as chemistry. (Randi Beers/CBC)

Harry Potter is an 11-year-old boy who gets an invitation to study at Hogwarts, the school of witchcraft and wizardry.

Her students are separated into four houses — Slytherin, Ravenclaw, Hufflepuff and Gryffindor — just like the book. They’re chosen based on their personality traits, so Bromley’s students took personality quizzes to determine their own houses. 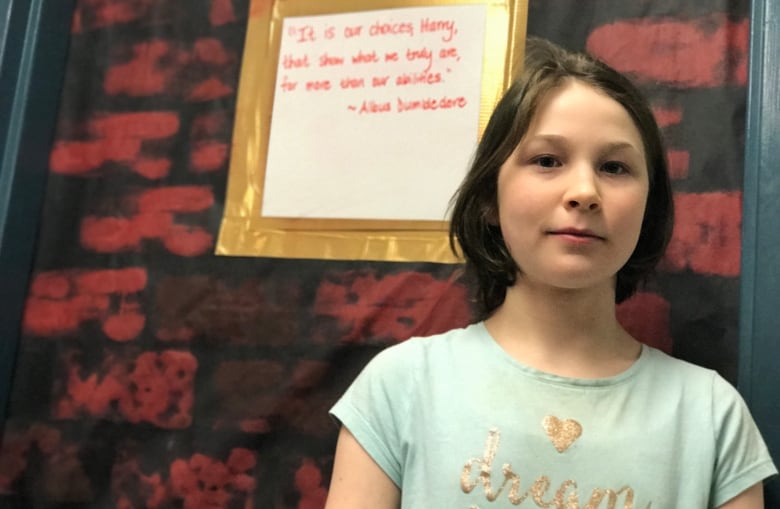 Kira Clark said she almost cried when she saw her classroom had turned into Hogwarts. (Randi Beers/CBC)

Then, they came up with a motto and translated it into Latin. In Bromley’s Hogwarts, Ravenclaw’s motto is ex aliqua sapentia eu quis malefiais ordinatis, or “Wisdom can come from any witch, wizard or muggle.”

The inspiration to bring Hogwarts to William McDonald school came from another teacher at the school, who transforms her classroom into A Christmas Carol every year before winter break. Bromley noticed the extra effort made her colleague’s students that much more engaged in what they were reading, so she decided to give it a shot herself.

Bromley said her students were surprised by the classroom transformation. Some, who are already into Harry Potter, were excited. Two of those students were Kira Clark and Liam Leonard, who both said they almost cried out of happiness when they saw it. 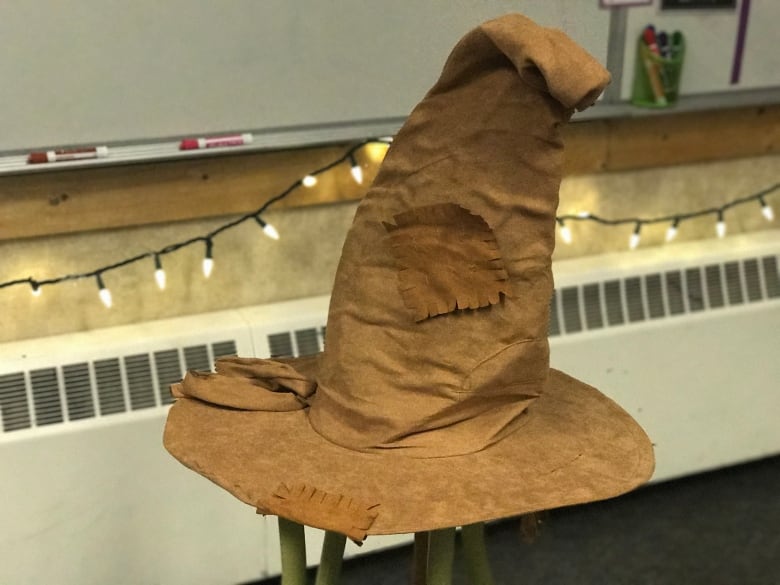 The sorting hat sits at the front of the classroom. Just like in the book, students put the hat on (or held it) to help determine which house they would join. (Randi Beers/CBC)

“It was like my birthday party all over again,” said Clark.

Others were a bit more skeptical.

“[Those students] were thinking, ‘What the heck is going on in here and what am I going to have to do,'” said Bromley. 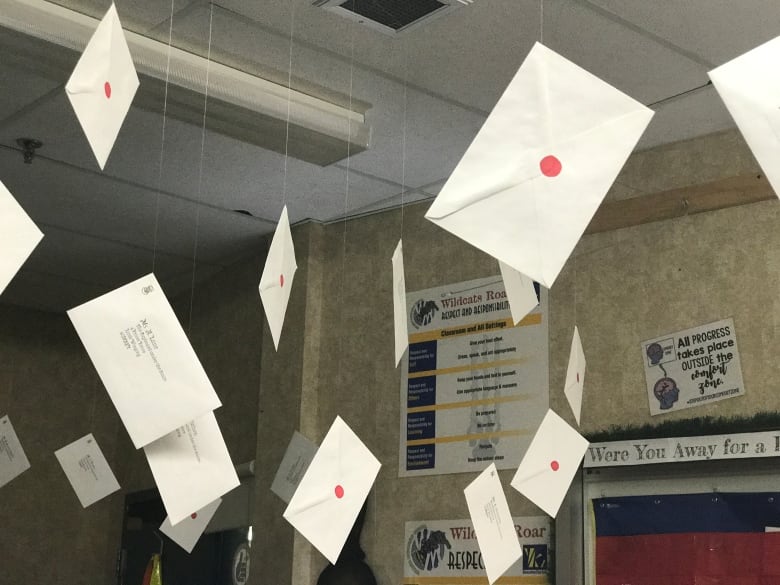 After the new year, Bromley’s classroom will no longer be Hogwarts. But she hopes her students’ experiences over the past six weeks have a lasting effect.

“I love J.K. Rowling because she created Harry Potter and opened up this world of literature to me,” said Bromley.

“[This project] is about creating a love of reading and opening up the world to [my students].”

First right whale calf spotted in more than a year