When flood waters recede and hurricane-force winds die down, Canadians can expect it will take longer for their homes to be rebuilt or their power to be restored if the country’s labour market doesn’t soon catch up to the realities of climate change.

More powerful and destructive storms are driving up demand for construction workers, power line technicians and even insurance adjusters.

“We simply don’t have enough tradespeople to rebuild after an event,” said Craig Stewart, vice-president of federal affairs with the Insurance Bureau of Canada.

“Presently we are three months out from the tornados hitting Ottawa and there are whole apartment units that haven’t been touched and are filled with snow now because there hasn’t been anybody available to work on them.” 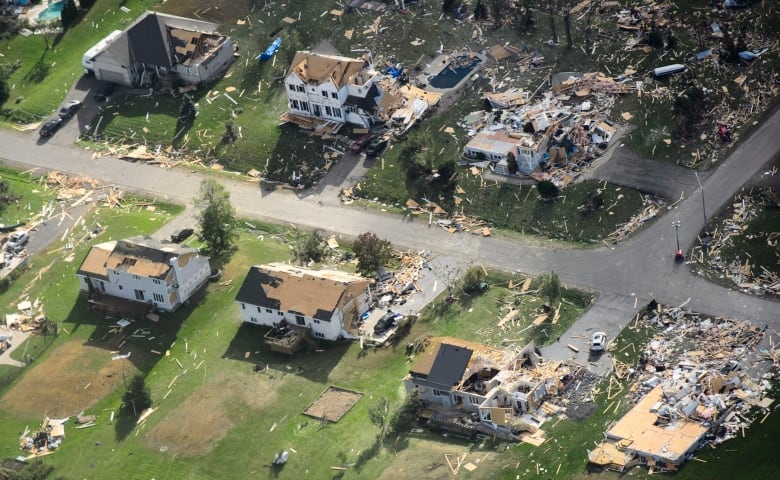 Damage from a tornado is seen in Dunrobin, Ont., west of Ottawa on Saturday, Sept. 22, 2018. The storm tore roofs off of homes, overturned cars and felled power lines in the Ottawa community of Dunrobin and in Gatineau, Que. (Sean Kilpatrick/Canadian Press)

Many workers are tied up with large commercial, industrial and residential projects in Ontario and British Columbia, according to BuildForce Canada, an organization that studies the construction industry and puts together long-term labour forecasts.

The demand for people who can build homes, pave streets, wire a building or practise any kind of skilled trade connected to construction is expected to increase in the coming years. 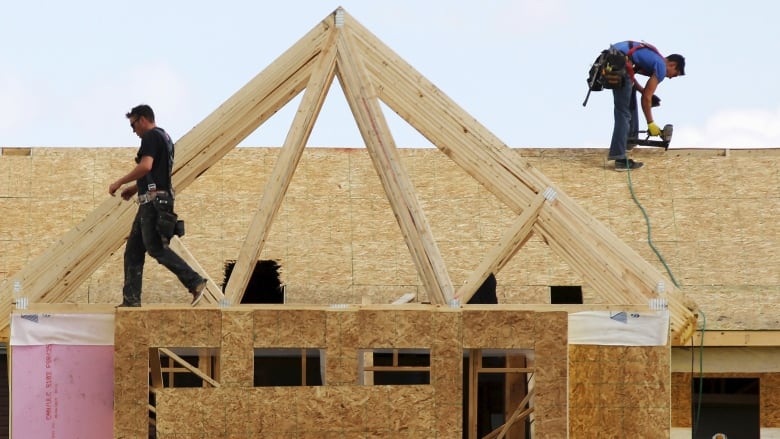 About 42,000 new construction workers will be needed to help fill the void left by retirements, according to BuildForce. (Todd Korol/Reuters)

Bill Ferreira, Buildforce’s executive director, said a quarter of the construction workforce across the country is expected to retire between now and 2027. Some 42,000 new workers will need to be hired in the next 10 years.

But none of BuildForce’s labour projections even consider climate change in their workforce calculations.

“We are all familiar with what happened in Alberta a few years ago as well as in Toronto with that severe rainstorm, most recently here in Ottawa with the tornado,” said Ferreira.

“Again these are incidents, isolated incidents, [it’s] very difficult to build any sort of overall trend that we could take a look at or point to that would be driving construction demand.” 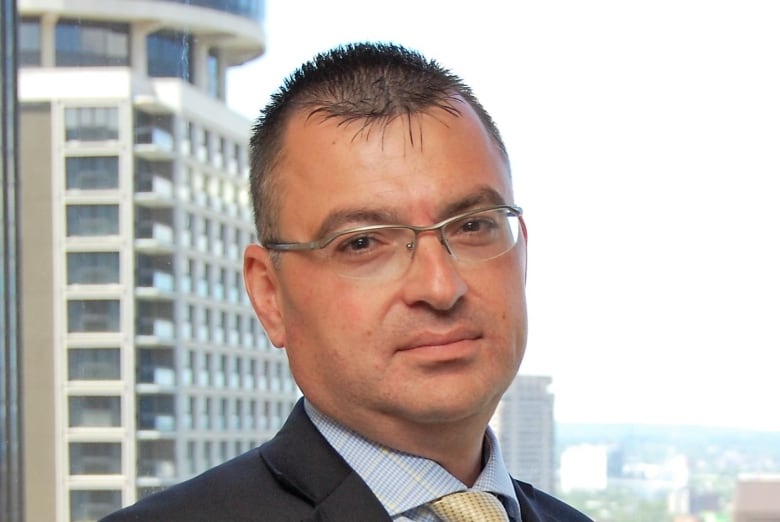 Bill Ferreira, executive director of BuildForce Canada, says one quarter of people currently in the construction industry are set to retire in the next 10 years. (BuildForce Canada)

The insurance bureau sees a trend, though. And it’s a costly one.

In the 1990s, severe weather and wildfires caused about $100 million worth of damage a year. From 2008 on, that amount has surpassed $1 billion every year except for one.

This year alone there have been more than $1.8 billion in insured losses across the country. 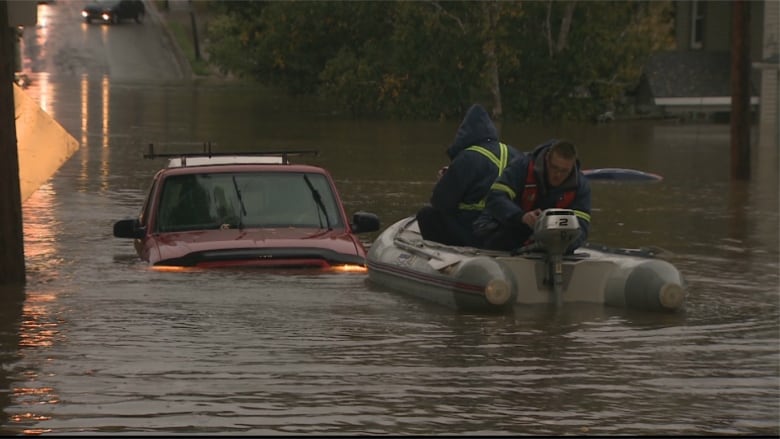 Emergency crews come to the rescue of a vehicle stranded in high waters on a Sydney, N.S., road during flooding in October 2016. The Insurance Bureau of Canada says powerful storms like this one are becoming more common. (CBC)

“What we have seen right now is that it can take months or even a year for people to get back into a steady living environment after a disaster,” said Stewart.

“We now know these events are happening with increased frequency, no area of the country is immune, it is going to happen.”

Power utilities across the country are feeling that first-hand, as high winds snap power lines or wildfires turn power poles to ash, leaving thousands without electricity. 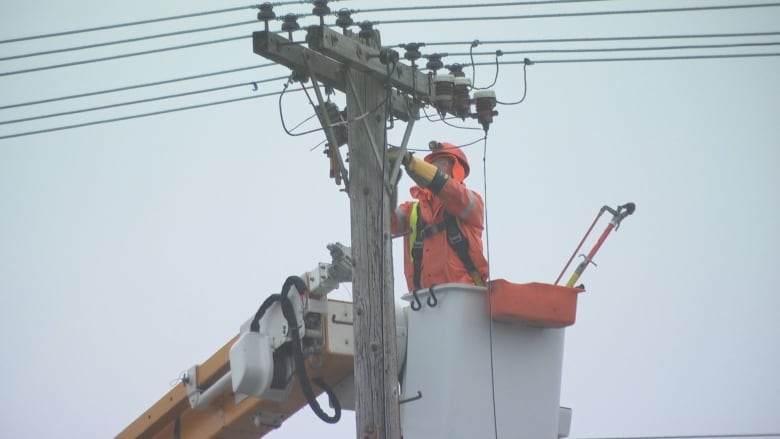 Utilities are already relying more and more on power crews from outside their regions to help cope with severe storms. (Olivier Plante/CBC)

More power line technicians are going to be needed to fix that damage and more engineers will be needed to help design power grids that are better able to handle bad weather, said Sergio Marchi, the president and CEO of the Canadian Electricity Association.

“We will be needing a lot more tradespeople and certainly in our sector the kind of dedicated, experienced line workers who we call our modern day heroes.”

Much like the construction industry, many power workers are nearing retirement age and will need to be replaced. That, combined with climate change, will further increase demand for workers. 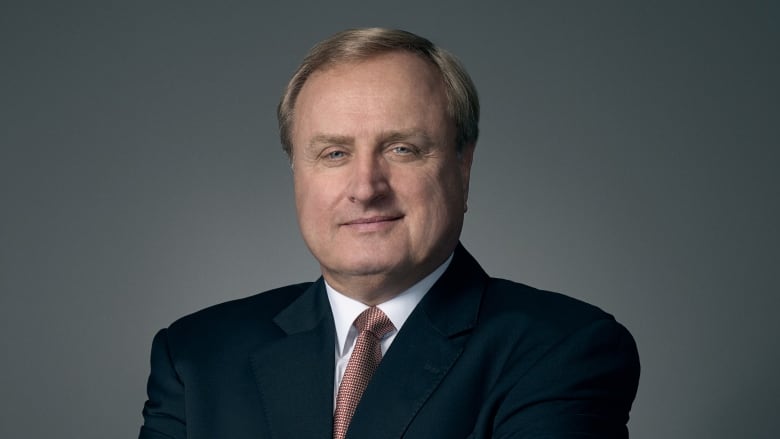 Marchi said power utilities across the country have already been relying on more help from work crews from outside their provinces, because they don’t have enough workers to repair severe storm damage in a timely manner.

Even the insurance industry, which has spent years warning people about the dangers of climate change, found itself unprepared for the demands severe weather would place on its own employees.

There’s a chronic shortage of insurance adjusters across the country to determine the cost of repairing or replacing a damaged home, said Stewart.

Without the adjuster to do the assessment, people are left waiting to get their insurance money.

“A, we need more trained adjusters in the country,” said Stewart. “B, we need better labour mobility laws so that when there’s a spike, we’re sharing adjusters across North America … so we can bring in adjusters as needed on a surge basis after an event occurs.”

But the International Institute for Sustainable Development, an independent think tank, said there is a better way to deal with the repercussions of climate change. 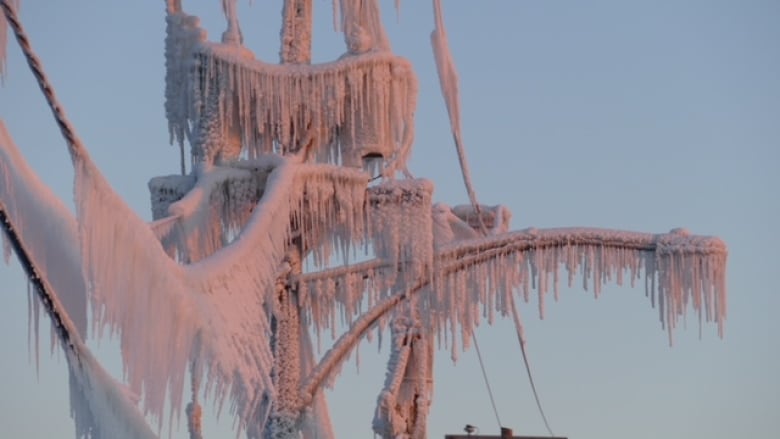 The Insurance Bureau of Canada is already seeing an increase in the number of severe storms across the country. (Tyson Koschik/CBC)

It said Canada and every other country needs to toughen up its infrastructure to better withstand the changing climate. Roads, homes, power grids, even sewage systems may need to be improved.

Only that will help communities weather the storm and not suffer catastrophic damage, said Phillip Gass, a senior policy analyst with the institute.

“It’s not just about the environment — it’s about people’s livelihood and jobs and that’s what bothers me the most, to be honest, is some of the changes that we’re going to be seeing and how it will affect families and communities.” 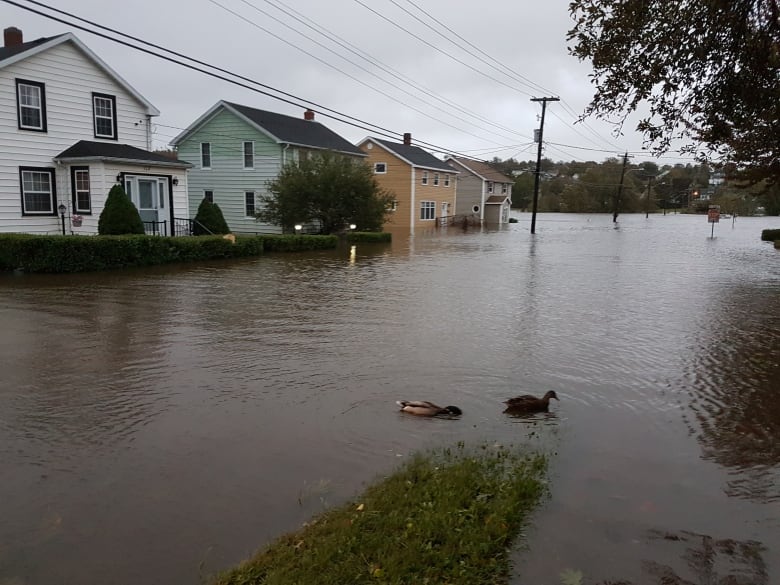 The damage from bad weather has increased drastically in the last few years, according to the Insurance Bureau of Canada. Almost every year in the last decade severe weather has caused $1 billion worth of damage. (George Mortimer/CBC)

How a P.E.I. man’s champion chickens are preserving heritage breeds

Afroman was gonna come to Newfoundland, but then he got high