An elderly couple died after their car was struck by a train in Langley, according to firefighters.

“As you can see the car’s been pushed quite a ways down the tracks,” Godlonton told reporters Sunday afternoon at the crash scene.

Firefighters were first to the area and pulled the two victims from the car. Neither passengers could be revived and were pronounced dead.

Ken Enns, a local resident, saw the car being pushed by the train. “It was pretty ugly,” he said,

The train was a Canadian National Railway freight train, operating on Canadian Pacific Rail tracks. It was heading to Roberts Bank, loaded down with coal, Godlonton said. 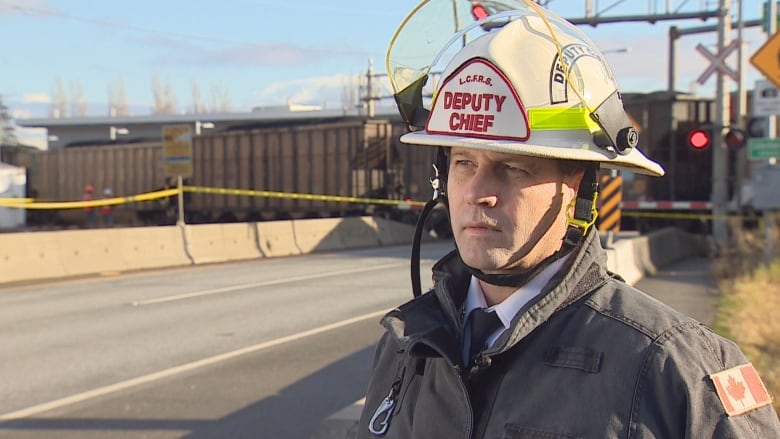 “We do not understand why the vehicle stopped on the tracks,” he said.

Brown said it appeared that the car became stuck between the arms of the train track, which come down to stop traffic, and was dragged. 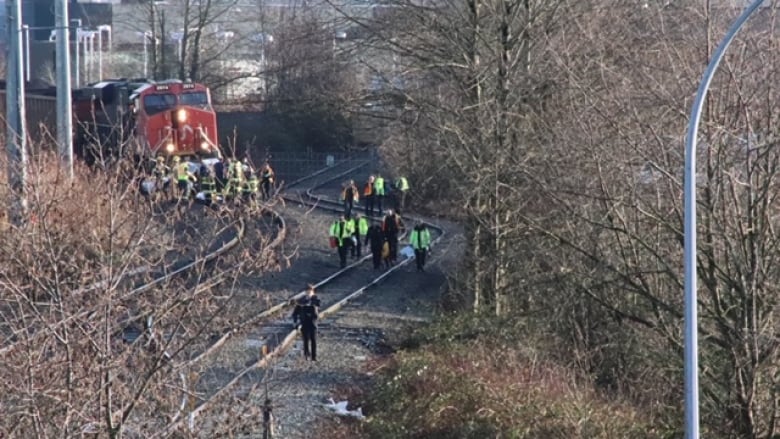 Firefighters, police and paramedics responded to the scene after 9:30 a.m. PT on Sunday Dec. 20, 2018. (Shane MacKichan)

Godlonton said the area has more than 30 trains passing through each day. He agreed with Brown that the tracks are well-marked.

June Fancello, who works at a local bakery, said she drives across the tracks everyday, coming to and from work.

“Normally, people being responsible drivers, I don’t see there being any problems,” Fancello said, describing the accident as “horrific.”

There have been other incidents of vehicles being hit by trains at other intersections in Langley where the rail tracks run.

As investigators continue to probe the cause, he appealed to motorists to use caution.

“Everybody is in a hurry to get to where we’re going, but you need to approach these railway crossings with caution because as you can see the outcomes aren’t great when anything is colliding with the train,” he said.