Luis Lopez is almost like a cartoon character himself.

He nearly bounces off the walls of Pipeline Studios’ offices in downtown Hamilton, exploding with a frenetic energy befitting someone who helps make cartoons all day.

Pipeline is one of Hamilton’s best-kept secrets. Without knowing it, kids and parents are sitting in the glow of the company’s work all the time.

The animation studio produces a staggering 1,500 minutes of animation each year for companies like Disney, PBS Kids, Netflix and CBC Kids.

Shows on the studio’s roster include Bubble Guppies, Star vs. The Forces of Evil, Paper Port and Sunny Day, which is Nickelodeon’s number one ranked preschool show worldwide.

“There’s no place I travel to that I don’t see the Pipeline logo.”

The business started back in 2007, with a staff of 15 people. That has ballooned to a staff of 218 in Canada alone this year, with hundreds more working in sister studios in Latin America.

Once solely based at 222 Main Street West (which is affectionately dubbed “the mansion” and featured in the company’s latest Christmas short) Pipeline’s main base of operations is now housed at The Textile Building on nearby George Street.

The entire thing is a massive, bright, modern looking space with dozens of animators hunched over screens, working on a host of projects. There are also windows in almost every room so nothing is closed off — something Lopez points to as a point of pride for fostering a sense of community. 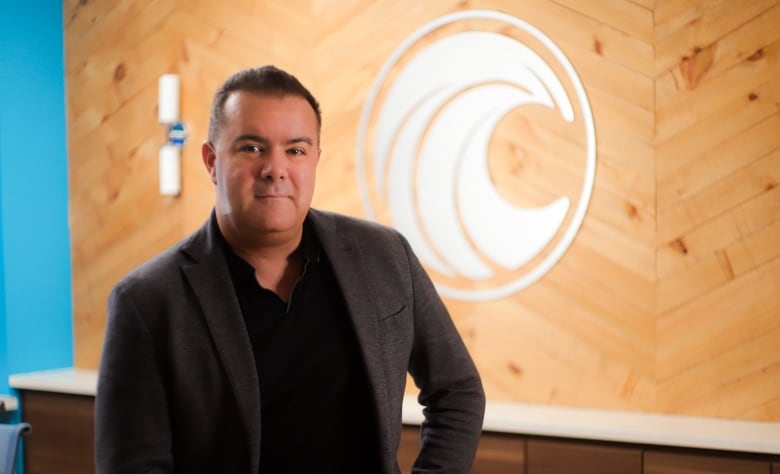 Luis Lopez is the man behind the animation studio. (Pipeline Studios)

Lopez is originally from Colombia, and came to Hamilton 21 years ago. He spent years working as a higher up at Corus Entertainment before opening his own studio in Hamilton.

“It’s something that was lacking in Toronto.”

Still, it can be tough to get talent to commit to Hamilton, he says. While cities like Toronto, Montreal and Vancouver are established as bustling metropolises, Hamilton can be a bit of a tougher sell to people who might not immediately see everything the city has to offer.

“It’s not easy,” he said — but adds that Hamilton has been exceptionally supportive, too.

“We’ve been investing in this community because we believe in it,” he said.

It’s tough to pigeonhole Pipeline’s style, as it varies so much from property to property.

What is readily apparent is the company is at the forefront of the medium, blending traditional 2D elements with 3D animation, to create work that’s shown in dozens of languages in 87 countries the world over.

Lopez attributes the sheer variety of animation styles the studio is able to churn out to their bases in different countries.

“Because of that, we can tap into creative sensibilities all over the world.”

When Toronto declared war on snow and called in the army