Fifty years ago, Myles Goodwyn was a broke musician with big dreams when he saw a Gibson Melody Maker gleaming in Inverness, N.S.

He traded his old guitar for this new one. He modified it, added his name to the guitar head and promptly recorded monster hits for April Wine.

He used the Gibson on 1971’s April Wine and 1972’s On Record. Songs like You Could Have Been a Lady and Bad Side of the Moon made the Nova Scotia band one of the biggest in the world.

“I only had one guitar — this was my main guitar,” he says.

But a truck carrying the band’s gear crashed in Montreal. Goodwyn was told his Gibson suffered a broken neck. He wasn’t able to see the remains.

The band played on. He had other guitars, of course, but none replaced his Melody Maker. April Wine kept the hits coming with Roller, Oowatanite, I Wouldn’t Want to Lose Your Love, Rock ‘N’ Roll is a Vicious Game and Tonite is a Wonderful Time to Fall in Love. 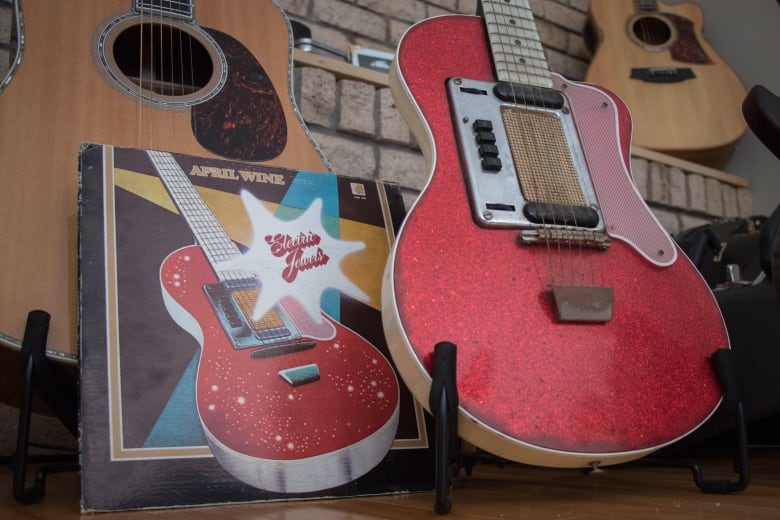 But Goodwyn never forgot the Gibson Melody Maker that launched his career. He posted about the guitar online once in a while, hoping it had survived the crash.

Last year, he moved back home to Nova Scotia. A few months later, he got a cryptic note.

“The day before Christmas I got a message on Facebook saying, ‘I know where your guitar is, your Melody Maker.’ “ 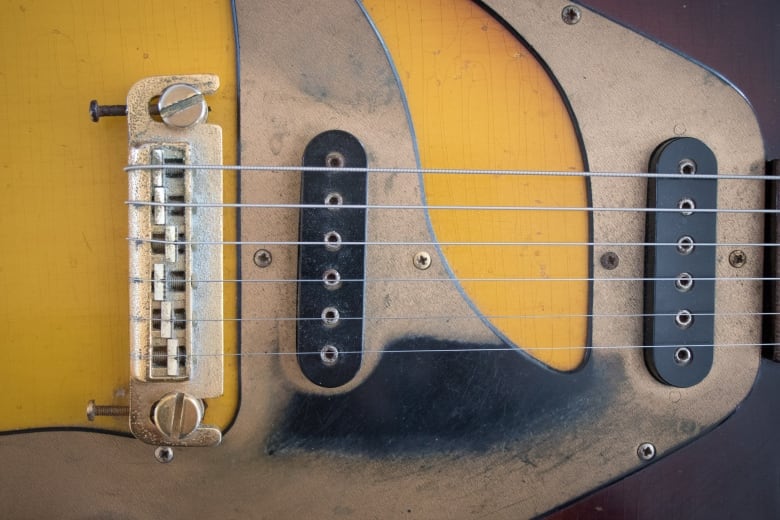 He was given a name and called the man. Goodwyn’s still piecing the whole story together, but it appears the guitar went through several hands. Some owners may well have thought it had been legitimately sold. One person put it on a stand for 15 years as a conversation piece.

“That’s like it being in a zoo and people go by and stare at it. It’s heartbreaking. It missed out on years of all the great April Wine hits,” the frontman says.

He wishes someone had thought to wonder if it was hot — and called him to check. But that didn’t happen for 46 years. 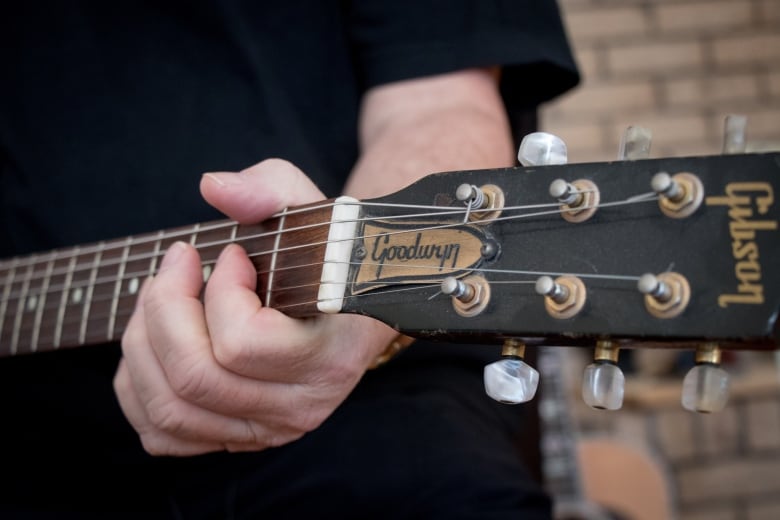 Goodwyn sees no signs anyone played his guitar in the 46 years it spent away from him. (Robert Short/CBC)

Goodwyn bought his guitar back and just a few days ago, it arrived safely at his home outside Halifax. He plugged it in and played right away — everything sounded just as it should.

“This was my life. This was my baby. My baby disappeared. She was 10 when she was taken from me and she was 56 years old when she was returned. She missed a lifetime with me.”

Sitting in his home overlooking a lake outside Halifax, he launches into the iconic opening chords of You Could Have Been a Lady. He might not wear open shirts or sport a flowing mane of hair these days, but close your eyes and it sounds like 1968 all over again. 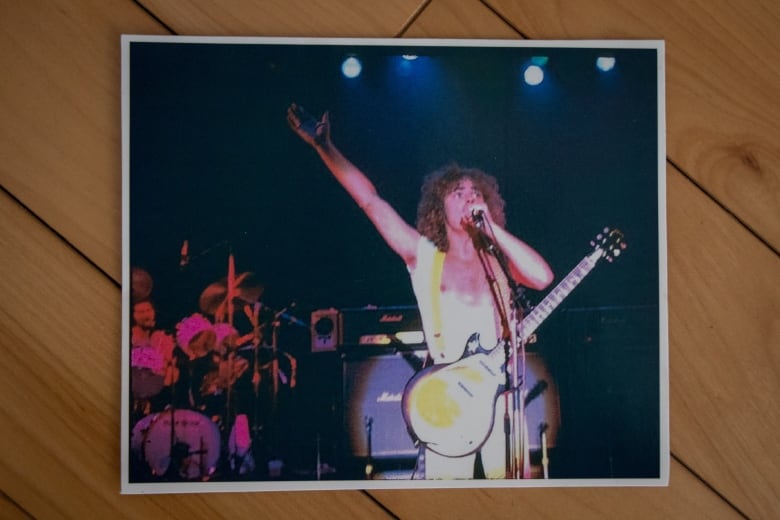 Goodwyn plays his beloved Gibson Melody Maker in this concert photo from the early 1970s. (Submitted by Myles Goodwyn)

The Gibson has a few scuffs and sweat marks, but they’re all his. He sees no sign anyone played it for four decades. He’s had a hard time taking his hands off it since it came back.

Goodwyn is the last original member of April Wine, which marks its 50th anniversary this year.

He had a hit blues album last year and is 75 per cent of the way through Friends of the Blues 2. He’s heading into the studio next week to finish it, and he’s bringing the Melody Maker.

He figures his long-lost Gibson will tell him its own stories through music. He doesn’t want to lose his love again, so if you want to hear it live, you’ll have to come see Goodwyn play in Nova Scotia.

“Rock ‘n’ roll is a vicious game,” he says. “But sometimes it has a happy ending.” 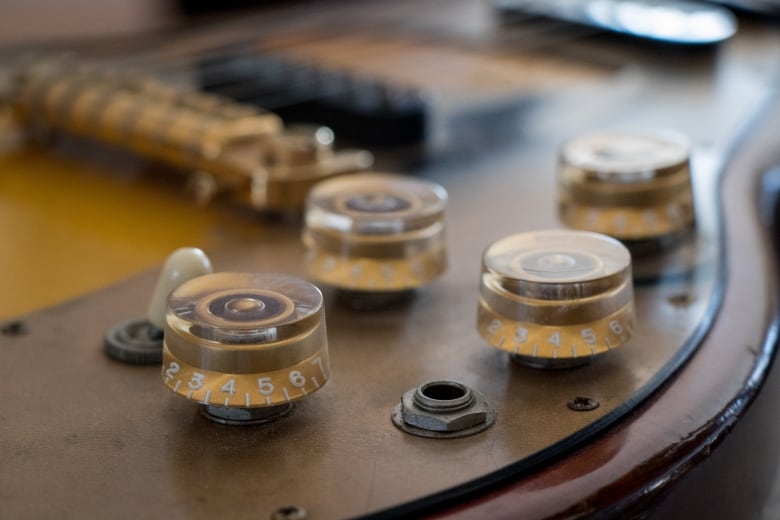 The Gibson Melody Maker took the four decades in stride. It played beautifully once it was back in Goodwyn’s hands. (Robert Short/CBC)