Just moments after watching a piece of plywood soar through the air and smash into her windshield, Jaspreet Sran stopped, stepped out of her car and assessed the damage.

“I started shivering,” said Sran from her Brampton home. “I realized ‘oh my god,’ this thing has happened.”

During the afternoon rush on a busy Toronto-area highway, Sran looked on in shock at the large piece of plywood sticking straight out of her windshield. One of its corners had pierced the glass and struck her in the arm.

The freak collision happened at around 4 p.m. Wednesday on Highway 410 near Queen Street East in Brampton.

A day later, Sran says she’s lucky to have escaped with only a few cuts and bruises.

“Thanks to God, we are alive,” she said. “That’s the most important thing.” 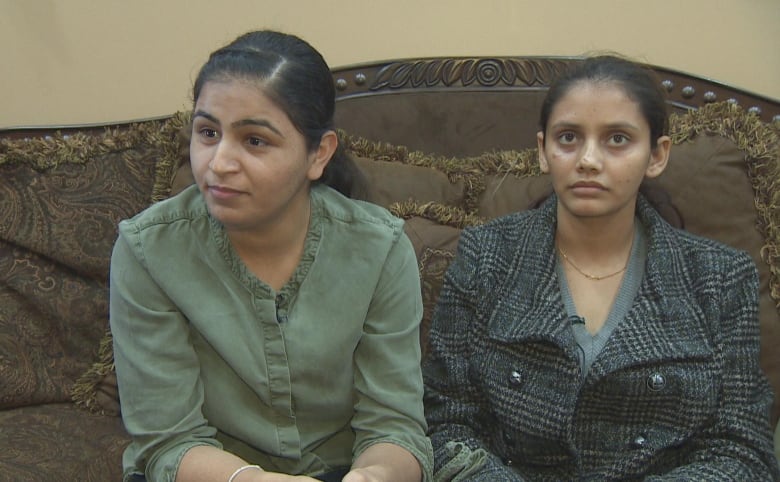 Sran, who was driving with her mother-in-law and a family friend, remembers watching the plywood fly through the air for several seconds before it eventually landed on her Volkswagen Jetta.

She and her friend were covered in broken glass, and — in the back seat — her mother-in-law’s hand was cut.

“When the call came in that there was a vehicle blocking a live lane that had a piece of wood that had gone through the windshield, you think the worst,” said Sgt. Kerry Schmidt of the Ontario Provincial Police.

“This could have been so much worse,” he added.

Witnesses to the collision tell police the plywood came flying off a small utility trailer being towed by an SUV on the highway. Some reported the vehicle’s license plate, and officers later made contact with the owner.

Investigators are now working to determine who was driving at the time of the incident. The SUV did not stop at the scene.

No charges have been laid, Schmidt said, adding that the investigation is still ongoing. 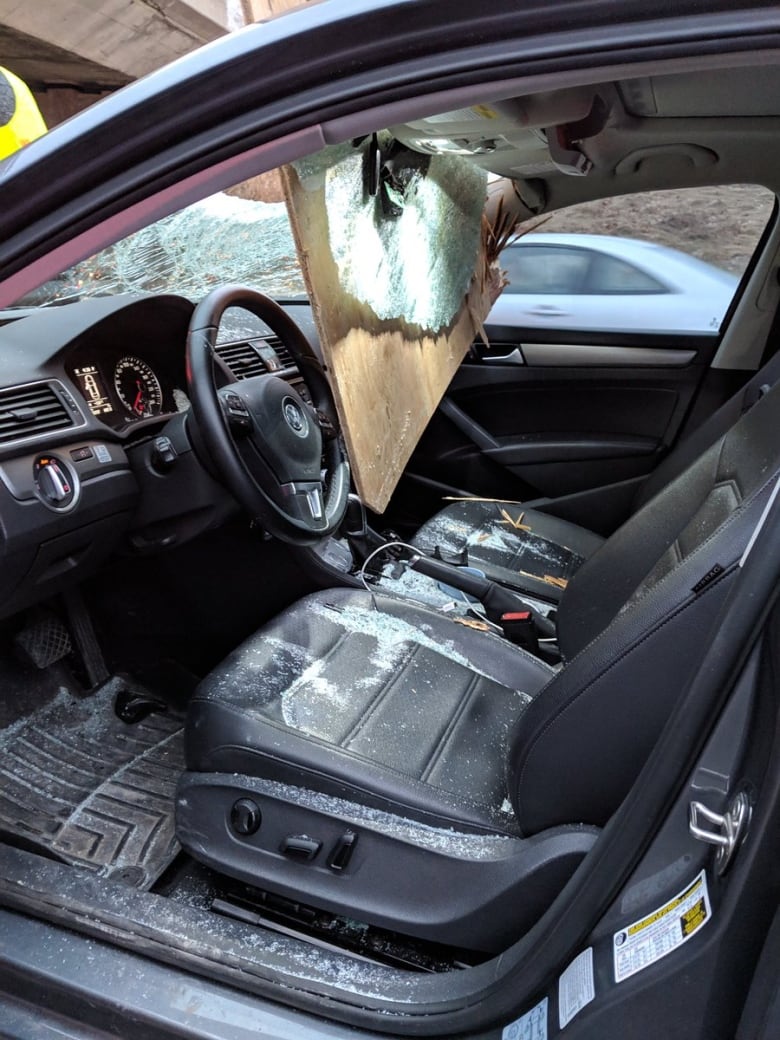 Police are asking drivers to ensure any loads they carry are strapped and properly secured. (OPP)

Police said it’s not yet clear if the SUV driver knew the wood flew off the trailer at the time of the collision.

Schmidt says its possible the driver was just returning from a quick trip to a lumber yard, and failed to properly secure the load.

In windy conditions, even a small bump on the highway can send a large object flying, he said.

Schmidt is hoping the incident reminds drivers to be extra cautious when transporting potentially dangerous objects.

Sran is waiting to find out how much the driver knew.

“I feel like maybe he doesn’t know that something was flying from his truck,” she said. “If he knows he has to stop, at least for help.”