Removing wisdom teeth is considered by many as a rite of passage for teenagers and young adults. It is one of the most common surgical procedures done in young people aged 16 to 24.

Amy’s 16-year-old son, Felix, recently had his wisdom teeth removed at an oral surgery clinic in Quebec. After the procedure, the surgeon’s assistant advised that to “stay on top of the pain,” Felix should take a Percocet right away. Percocet is a combination of the pain reliever acetaminophen, and of an opioid, oxycodone. She provided him with enough Percocet to take every three hours for the next day.

Amy knew of the possible harms associated with powerful opioid medications, especially for young people. Abuse of opioids is a national public health crisis, with growing numbers of opioid overdoses and deaths.

So, she asked the surgeon’s assistant whether there was another pain management option for Felix instead. Tylenol 3 was suggested (acetaminophen with the opioid codeine), which still seemed too powerful. So Amy asked for Naproxen: — an over-the-counter pain reliever in the same drug class as Aspirin and Ibuprofen. Felix took the Naproxen as directed when the anesthesia wore off, and he did not require anything stronger. In fact, he was quite comfortable.

How did Amy know to question the advice she was given?

Amy serves as the patient advisor for the national campaign, Choosing Wisely Canada, which partners with national clinician societies to develop lists of tests, treatments and procedures that may cause unintended harm. So she knew that the Canadian Association of Hospital Dentists recommends non-opioid based pain medications to be prioritized following dental surgery and to resort to opioids only if the pain cannot be managed.

Percocet after minor oral surgery should not be an expectation of teenaged patients. Persistent opioid use after elective surgery, such wisdom teeth removal, poses a dependency risk, especially in young people whose brains are developing and are highly susceptible to the effects of opioids. Leftover opioids are equally dangerous, particularly for teens who might be tempted to experiment or share with friends and family members.

This study also found that young people who received opioid prescriptions after wisdom tooth extraction were more likely to be using opioids three months and one year later, as compared to their peers who did not get an opioid.

The evidence is clear: a short prescription for opioids poses a real risk of ongoing opioid use for teenagers. 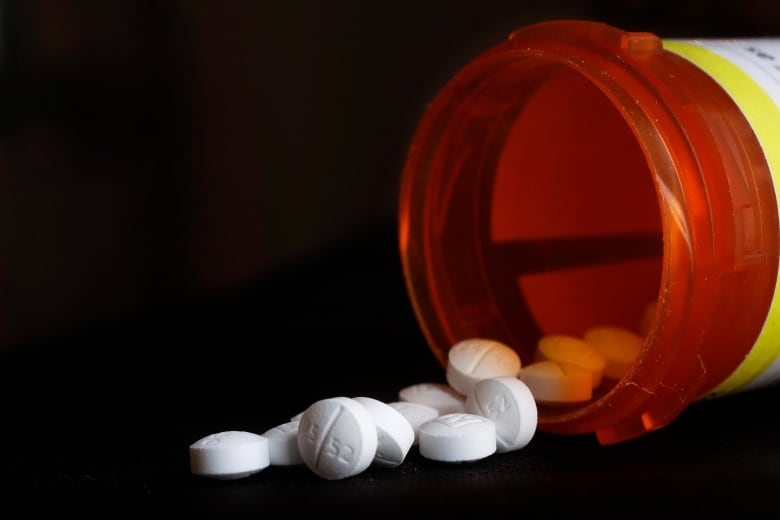 For some oral surgery procedures, such as such deeply impacted wisdom teeth or jaw reconstruction, an opioid might be needed for pain control for a short time. (Mark Lennihan/Associated Press)

Many patients experience pain and swelling lasting three to four days and sometimes up to a week after wisdom teeth surgery. But the intensity and duration of these symptoms vary considerably depending on the position of the teeth, how deeply they are buried in bone and the surgical difficulty in removing them. While many oral surgeons and dentists prescribe opioids routinely after dental surgery, pain management for all patients should be handled individually.

In most cases, post-surgical dental pain can be controlled without opioids, through anti-inflammatory drugs such as ibuprofen, in combination with non-opioid pain relievers, such as acetaminophen. For some oral surgery procedures, such as such deeply impacted wisdom teeth or jaw reconstruction, an opioid might be needed for pain control for a short time.

“Might” is the key word there. Oral surgeons and dentists should not have a one-size fits all pain management strategy. Changing prescribing practices to avoid unnecessary opioid prescriptions for teenagers is a small way to potentially make a big difference in a young person’s life.

This column is part of CBC’s Opinion section. For more information about this section, please read our FAQ.