St. John’s is a long way from the northeast African nation of Sudan but that’s not stopping Joingingkwe Togol from joining protests against President Omar al-Bashir.

The Memorial University student originally from Darfur started the hunger strike on the last day of 2018.

“It’s like nobody really cares what is happening,” Togol said.

Anti-government protests began late last year in many Sudanese cities to demonstrate against rising food prices, fuel shortages and the al-Bashir government. Protests have also happened in Ontario and Alberta.

Police have responded with violence resulting in a number of deaths, though no one has been able to confirm how many people have been killed.

“The people of Sudan united and said we don’t want this regime anymore,” Togol said.

“The government responded to this by killing the peaceful protestors and arresting activists.”

Between studying and spending time with his wife and five children, Togol runs a Facebook page called Jongi Channel, where he uploads videos sent to him from the front lines of the protests — many of them showing the violence he’s protesting. 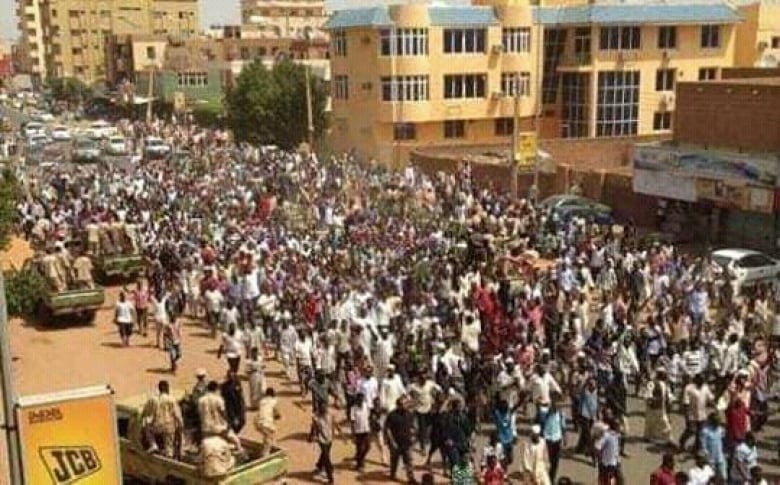 This picture of anti-government protesters in Sudan is one of many Togol has shared on Facebook. (Submitted by Joingingkwe Togol)

“The people of Darfur have no voice, and I am privileged to be in Canada and to be able to talk to the world through Facebook and WhatsApp,” he Togol said.

Togol, who spent seven years living in a refugee camp in Ethiopia before moving to Canada in November 2014, still has a lot of family in Sudan.

“I am not happy because my own people — my mom, my dad and my family members — are suffering,” he said.

“My mom and my dad are in caves in Jebel Marra because the government of Sudan bombarded them with different bombs.” 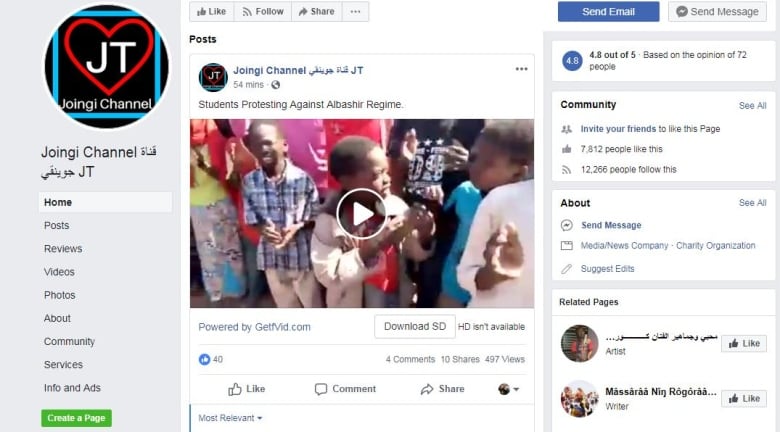 A passionate speaker who has permanent residency in Canada, Togol constantly uploads videos, adding his commentary on the Sudan situation to Facebook because many living in the midst of it cannot.

“A lot of them are arrested and some of them even killed [for doing it],” he said.

After a two-day blizzard blanketed St. John’s, his family’s van sits completely engulfed in snow — and with his university classes starting Thursday night, things will only get harder.

“[But] I have to send this message to the international community. It’s very important for me.”