For Canada’s cannabis expert, the future of the drug in Canada isn’t in northern commercial greenhouses, but in the fields of Central and South America.

Ernie Small is a principal research scientist at Agriculture and Agri-Food Canada in Ottawa. He’s grown and studied the drug for decades, and has written several books on the subject — though he swears he’s never had so much as a toke.

Small says many of today’s commercial grow operations aren’t run efficiently, which is driving up the cost of the drug. They’re often run by self-taught growers who’ve relied on the advice of people growing cannabis illegally.

“There is a lot to learn, and their methodology is inefficient and is contributing to the high cost of marijuana,” says Small, who has toured some of them. “There is no question that this is an industry with huge profit potential, but it also has bankruptcy potential.”

In Central and South America, cannabis crops can be grown a lot cheaper than in Canada.

He points to several large domestic cannabis growers that have invested in companies in South American countries to produce cannabis oils.

Small got his start in the cannabis game for the federal government back in the early 1970s, when he was tasked with studying the difference between illegal cannabis and legal hemp on a near-hectare of land in Ottawa’s Central Experimental Farm, a wide swath of federal fields smack dab in the middle of the capital.

Police departments around the world sent him 350 cannabis seeds through the mail. They needed to be sure if the joints they seized from smokers were from illegal plants containing a lot of the psychoactive element THC, or hemp, which has a lot less THC.

He grew hundreds of plants on the farm, spawning a career that earned him the Order of Canada in December 2017 for his contribution to botanical knowledge and public policy. 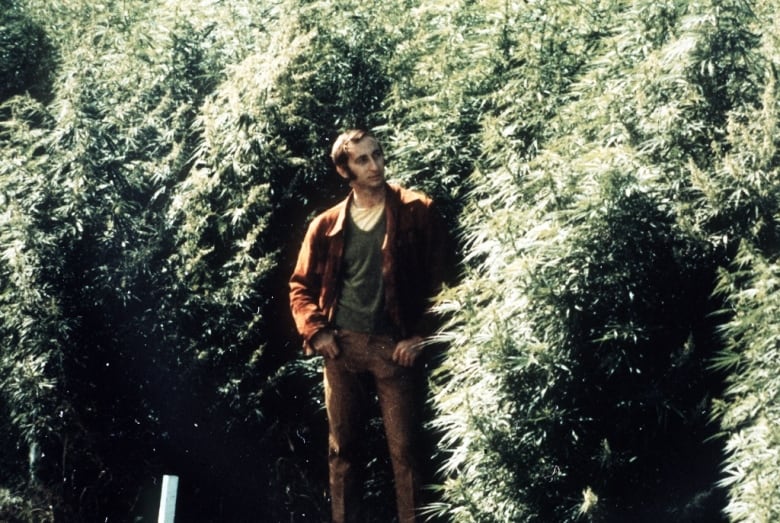 Ernie Small stands next to his federally owned crop of cannabis hidden among corn in Ottawa’s Central Experimental Farm in 1971. (Supplied, 1971)

“It grew fantastically well,” says the now-78-year-old scientist. “We had plants that were 18 feet high.”

But eventually the grow-op soured. Word about the hidden cannabis surrounded by corn leaked out, and trespassers were getting high on government bud.

A barbed-wire fence, guards and “some rather vicious guard dogs” couldn’t keep them out, Small recalls. In all, about 50 plants were stolen from the plot near Ash Lane, which earned the nickname Hash Lane.

“The blame came down ultimately to me and I almost lost my job,” Small says in his office inside the farm’s William Saunders Building. 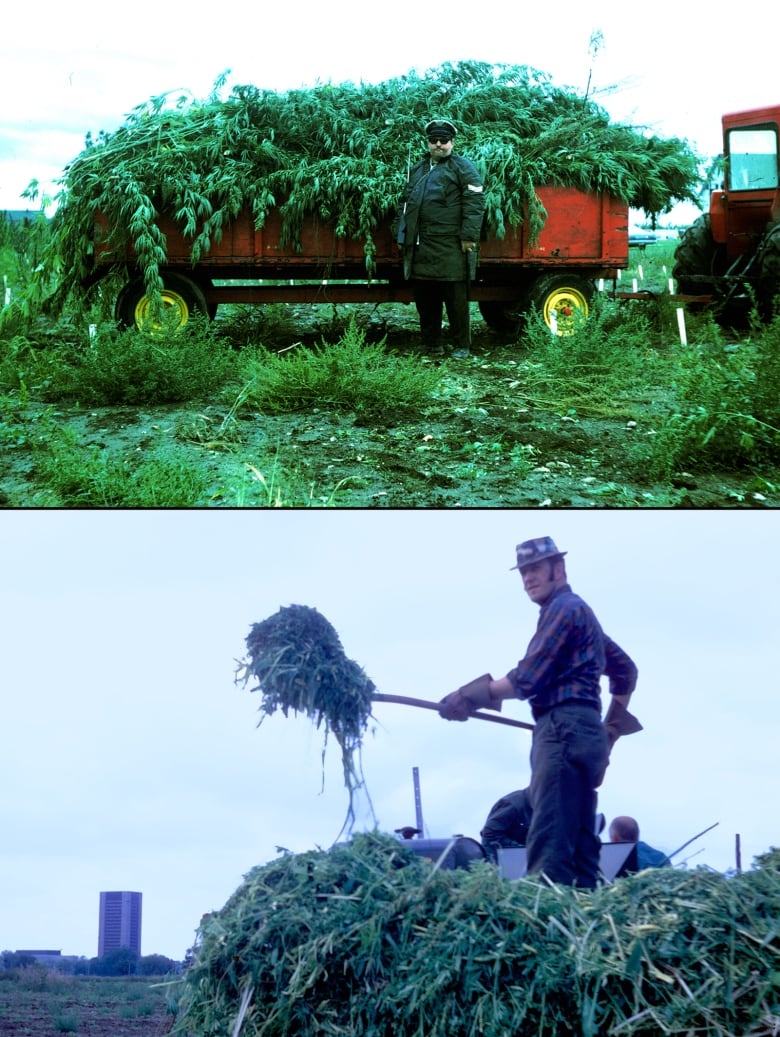 A wagon full of harvested cannabis grown on the Central Experimental Farm in 1971. (Supplied, 1971)

The outdoor cannabis was eventually moved into a secure greenhouse and remained there until the early 1980s.

But back in 1976, Small had acquired enough data to publish his botanical classification system separating legal hemp from illegal cannabis by using a benchmark of 0.3 per cent THC.

Anything above that was classified as illegal. The policy was adopted around the world and is still used today.

“It turned out to be the most significant contribution I have ever made,” Small says. 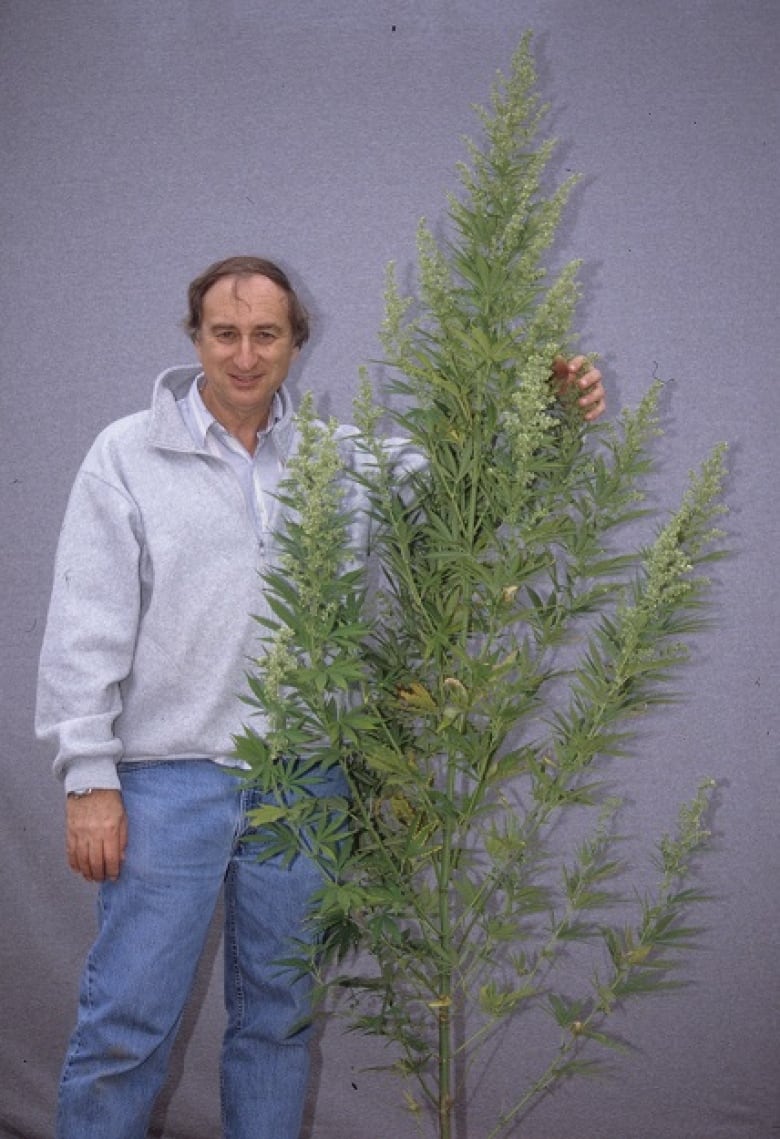 Years later, when the Liberal government decided to legalize cannabis for recreational purposes, Small says he was taken aback.

“I never thought marijuana would ever become legalized — period,” he says. “It’s a surprise that the counter-culture movement has been able to consolidate and become the majority of society.”

But he supports the move, and even helped write the new federal law.

“In this case I entirely support it because it just makes perfect sense,” he says. “The war on drugs has been substantially a failure, and how many people can you put in jail?” 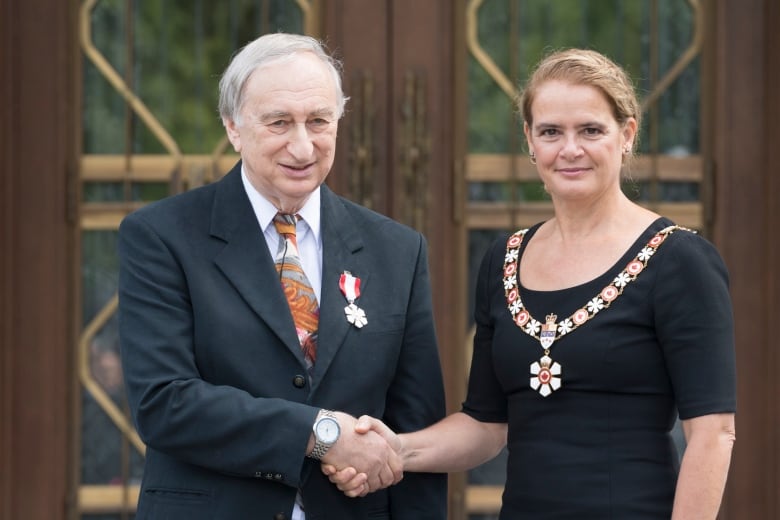 Her Excellency the Right Honourable Julie Payette, Governor General of Canada with Ernie Small who was awarded as a member in the Order of Canada in September, 2018. (Sgt Johanie Maheu, Rideau Hall, )

Despite all the cannabis research he’s done, Small says without hesitation that he’s never sampled the drug and “never will.”

“The government put tremendous trust in me, and the whole idea of betraying that trust just seemed to me to go against who I am as a scientist,” he says.

And even now that recreational cannabis is legal, Small insists he’s not even a little curious about what it’s like. “I’m really conservative about what I put in the body,” he says.

But he will grow the permissible four cannabis plants in his greenhouse at home. After all this time studying them, it appears he’s grown used to having them nearby.

“It will just make me feel comfortable to have the plants around,” he says.

Southern Gulf of St. Lawrence cod could be extinct by mid-century: report