Food allergies are often considered a childhood condition, but at least 10 per cent of adults in the U.S. also have them, according to a new study.

Many researchers have looked at how common food allergy is among kids, but less is known about its prevalence and severity among grown-ups.

To find out how many adults in the U.S. are allergic to at least one food, Dr. Ruchi Gupta, a professor of pediatrics at Lurie Children’s Hospital Chicago, and her team combined nationally representative surveys from more than 40,000 adults.

The results? Nearly 11 per cent or more than 26 million adults, when the results are projected onto the entire U.S. population, reported the kinds of severe symptoms that are consistent with a food allergy, the team reported in Friday’s issue of JAMA Network Open.

“That number is high,” Gupta said. “It’s actually higher than what we even see in kids, which is about eight per cent.”

Another major finding was how many people developed allergies as adults. Among those who were determined to have a food allergy, 48 per cent reported developing at least one of their allergies in adulthood.

“I think that’s also really important because oftentimes we don’t think of food allergies as something you can develop new in adulthood,” said Gupta, who is also with Northwestern University’s Feinberg School of Medicine.

The study is important, said Dr. William Reisacher, director of allergy services at New York-Presbyterian/Weill Cornell Medicine in New York City. He was not involved in the research.

“There was definitely a need for a study like this. The results are very compelling. It was thought that maybe four to five per cent of adults had food allergies. This is double that.” 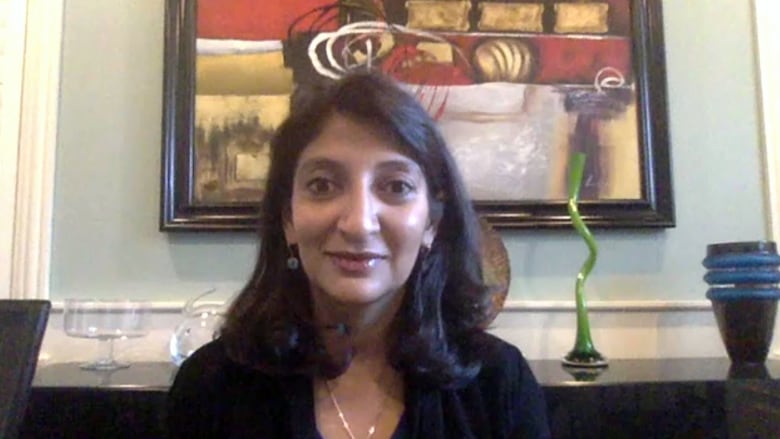 Dr. Ruchi Gupta, a pediatric allergist in Chicago, says the proportion of adults with allergies is ‘higher than what we even see in kids, which is about eight per cent.’ (Skype/CBC)

In the study, the most common foods causing allergies in these adults were:

Reisacher said the finding “makes you wonder what is happening in adults causing all these allergies.”

Gupta speculated on environmental changes. “A couple of things that are theories right now but are somewhat related are: did anything happen around the time that they developed the allergy environmentally, so did they move? Did they have a change of location? Did they have any hormonal changes?”

The researchers also found that while 10 per cent of adults were deemed to have serious food allergies, nearly 19 per cent thought they did.

“They think they have an allergy, but it’s never confirmed,” said Toronto allergist Dr. Gordon Sussman, who was not involved in the U.S. study. “They avoid foods. But that also affects the quality of life. It also affects the economics because they get … epinephrine autoinjectors and they go to the emergency room.”

It was thought that maybe four to five per cent of adults had food allergies. This is double that.— Dr. William Reisacher

The researchers defined someone as having a food allergy if they had at least one convincing food allergy symptom such as severe reactions involving the skin, gastrointestinal tract, cardiovascular or respiratory tract.

Food intolerances, including celiac disease or lactose intolerance, can also be mistaken for food allergy.

“Oral allergy syndrome” is confusing, Gupta said, because the person eats a food and may experience tingling in the mouth or irritation around the lips. But it’s actually a reaction to pollen, rather than an allergic protein, in the food. 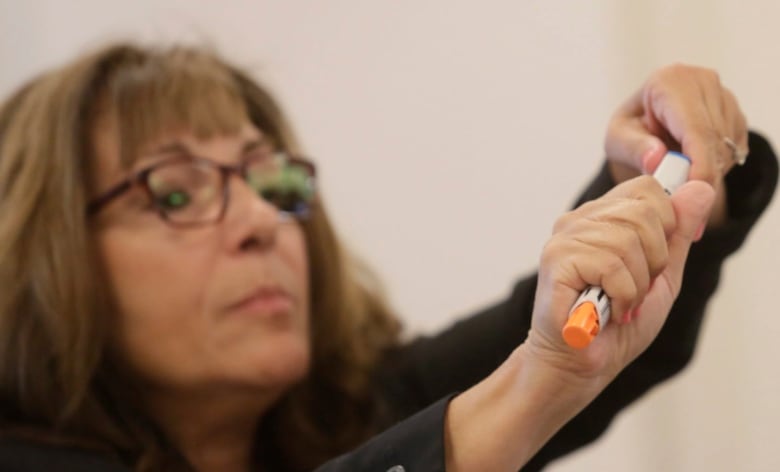 Fewer than one-quarter of adults with a food allergy said they have a prescription for epinephrine. (Mandi Wright/Detroit Free Press/Associated Press)

Sussman and Gupta said the findings highlight why people need to seek medical advice for diagnosis and a treatment plan.

In the study, nearly 48 per cent of those with food allergies said they had received a diagnosis from a physician. About 38 per cent reported they had been to the emergency department for a life-threatening reaction.

Fewer than one-quarter, 24 per cent, said they had a prescription for epinephrine to be used in case of a severe reaction.

Michelle O’Neill, 43, of Barrie, Ont., now carries an epinephrine injector. She’d eaten shrimp, lobster and crab for years. Then at age 26, she discovered those foods could be deadly for her.

O’Neill was working in a restaurant when some seafood cocktail dripped onto her wrist. The next time she had seafood, she suffered a severe reaction.

“I ate one and ended up in full anaphylaxis in the hospital,” O’Neill recalled.

Not just good for your heart, following the Mediterranean diet can reduce your risk of hip fractures, too – NaturalNews.com

Early life nutrition plays a direct role in how well your brain responds to stress – NaturalNews.com