When Christopher Deane first caught a glimpse of the mandarin duck in the Lower Mainland, he knew it wasn’t from around here.

“I thought that’s the weirdest bird I’ve ever seen,” the hobby birder told CBC News. “It looks like a parade float! They just don’t look like a normal bird. They’re all fancy and frilly!”

The mandarin duck is native to East Asia, but has made appearances in the Lower Mainland. Dean spotted one in Stanley Park last year, and in Burnaby just a few days ago.

In fact, recent sightings in Deer Lake Park have prompted dozens of wildlife and nature photographers to crowd the lake in hopes of catching a glimpse.

The ever elusive Mandarin duck — a bird that’s native to parts of East Asia — swims alongside new friends at Burnaby’s Deer Lake Park. Video courtesy of John Preissl <a href=”https://t.co/MGJViwcMj0″>pic.twitter.com/MGJViwcMj0</a>

Male mandarin ducks are known for their intensely colourful plumage, which includes a purple crest and two large orange “sails” at their rear.

Avid birder and professional photographer John Priessl was one of the first to spot the bird in the Burnaby park, Dec. 28, 2018, while he was leading a wildlife tour. 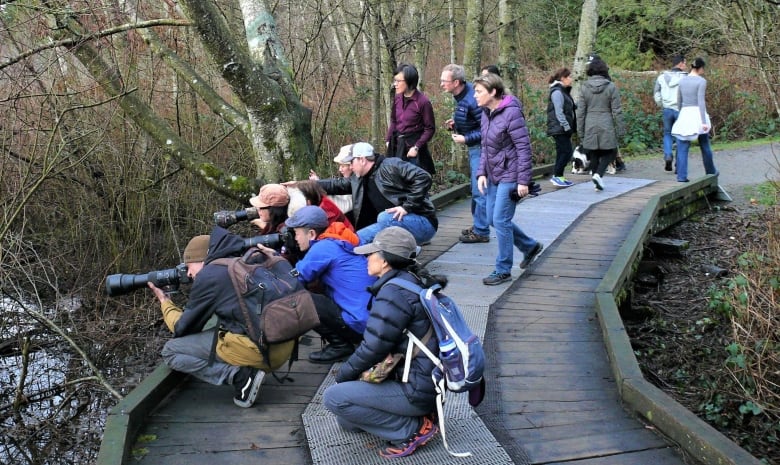 Birders and photographers crowded the boardward along Deer Lake attempting to catch a glimpse of the colourful bird. (John Preissl)

“We stumbled upon it just by accident,” he told CBC News. “We decided it was a good place for a lot of photographers and people from the birding community to view the duck, where it was.”

Dozens of people lined the boardwalk near the northern end of Deer Lake park following the initial sighting. Priessl says the duck only makes itself visible a couple of times per day. 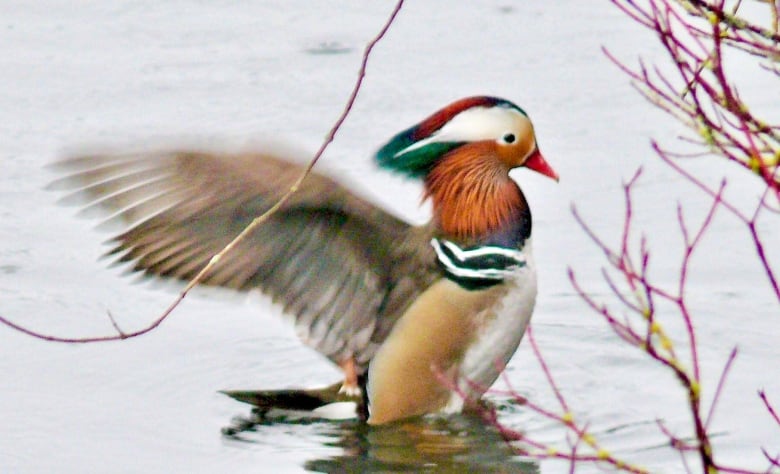 The mandarin duck has colourful plumage, including a purple crest and two large orange feathers on its back. (John Preissl)

Unfortunately, Priessl says, several people attempted to lure the bird out by giving it food.

“That’s a big no-no in the wildlife photography world,” said Priessl. He warns food can be harmful to its health and even attract it into areas where there are predators.

Where did it come from?

According to Georgle Clulow, former president of the B.C. Field Ornithologists, this particular bird was likely the same one spotted last year in Burnaby Lake Park, when it was a juvenile. 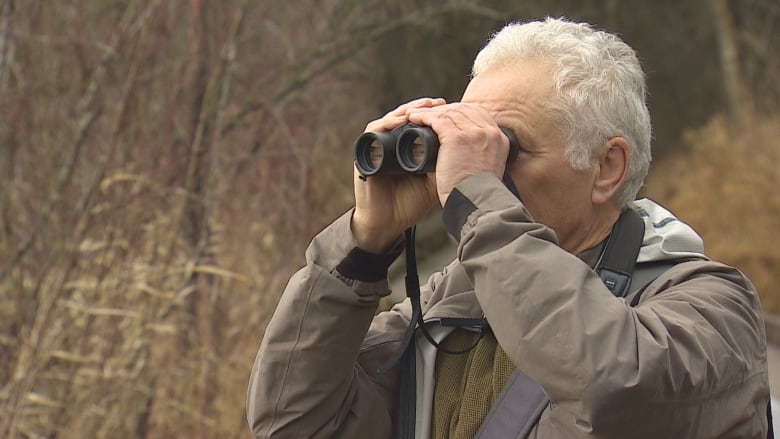 George Clulow says the mandarin duck is native to parts of East Asia that have similar climates to the Lower Mainland. (Jon Hernandez/CBC)

“This is almost certainly a bird that’s been released, probably initially at Burnaby Lake,” said Clulow. “As the years progressed, this bird has moulted into a beautiful, male mandarin duck. It’s such a beautiful bird, it’s attracting a lot of attention.”

Mandarin ducks are typically found in Japan and in eastern parts of Russia and China. Clulow says its native climate is similar to that of the Lower Mainland, enabling the bird to live comfortably in local parks.

He says the bird is closely related to the North American wood duck and is likely looking for a mate.

“There are known hybrids between mandarin ducks and wood ducks, but for the most part … they’re not fertile. So there won’t be a breeding population of hybrids.”

Riders left out in the cold by OC Transpo delays, cancellations