Health Canada is following in the European Union’s footsteps as it moves to ban the use of neonic pesticides due to concerns about their impact on bees and other wildlife. But many farmers are fighting to maintain the status quo.

Canola growers, in particular, say the ban would increase costs and put their crops at risk of being lost to flea beetles. They say other types of pesticides are not as effective and therefore require higher volumes to be applied to crops.

“The alternatives are worse — worse for the environment, worse for farmers who are applying it, and just substandard in every way,” said Renn Breitkreuz, chairman of the Alberta Canola Producers Commission.

Scientific research has shown neonicotinoids, commonly known as neonics, are harmful to a variety of aquatic life and insects, such as bees, which is why the EU banned the outdoor use of the pesticides last April.

In August, Health Canada proposed a ban on neonics that would phase out the chemicals in the next three to five years.

When Health Canada asked for public feedback in the fall, canola farmers obliged with letters detailing their concerns.

Farmers coat seeds with neonics before they are planted. The chemical protects the canola crop from pests as the plants begin to grow.

“To be blunt, we’re puzzled why they would want to remove these products from our toolkit,” said Breitkreuz, who farms near Onoway, Alta., about 50 kilometres northwest of Edmonton.

Breitkreuz said neonics are safe for farmers to handle, have little impact on the environment and are very effective in controlling pests. 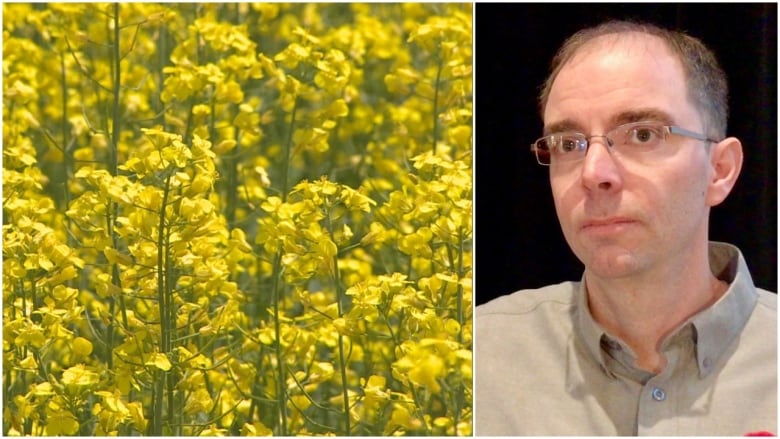 Renn Breitkreuz, chair of the Alberta Canola Producers Commission, says it’s a ‘no-brainer’ to allow the use of neonics. (CBC)

Farmers are concerned about the research Health Canada relied on to make its decision. They say the science included faulty assumptions and relied on small sample sizes. As a result, some farmers in Western Canada are collecting their own water-monitoring data to submit to the federal government.

Rick White, chief executive of the Canadian Canola Growers Association, says the issue is important because neonics are “a very efficient, effective and targeted way of dealing with pests, which can wipe out an entire canola crop in just a number of days.”

However, the EU decided neonics do more harm than good.

The EU began restricting use of the pesticides in 2013 because scientific studies had long linked them to the decline of bees and other pollinators. In 2018, the EU voted for a ban on all outdoor use and to only permit application in sealed greenhouses.

Last year, more than 240 scientists from Canada and around the world signed an open letter calling for restrictions on neonics.

Scientific studies have shown neonics damage the ability of a variety of bees to reproduce.

Some of the research was conducted by Amro Zayed, a biologist at York University in Toronto. His team carried out a long-term study examining colonies located near and far away from cornfields. They observed negative effects on the colonies that came in contact with the pesticide, including queen and worker honeybees with shorter life spans.

“From my perspective, we’ve done really solid research on this,” Zayed said. “We clearly demonstrated that in Ontario and Quebec, exposure to these chemicals has negative consequences on bee health.” 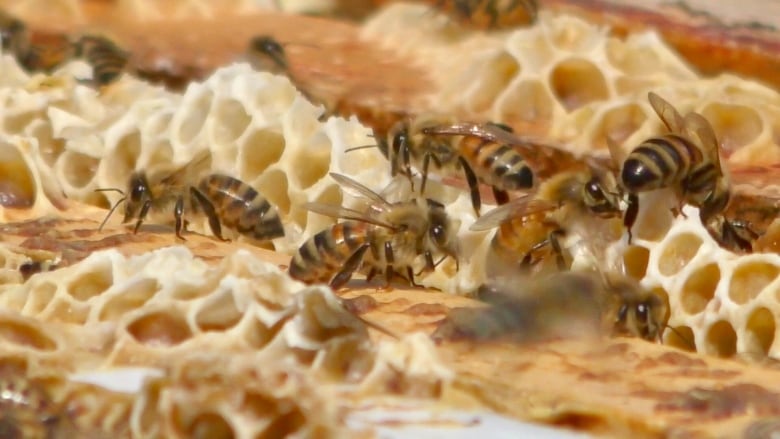 Scientists have welcomed Health Canada’s proposed ban because of their serious concerns about the harmful effects of neonics on bees, butterflies and aquatic organisms. (Pat Martel/CBC)

Studies have also linked neonics to death and reproductive problems in birds and wild turkeys.

Canola farmers say their use of neonics has a smaller impact on the environment than other pesticides because the seeds are injected into the ground, so the pesticide is less likely to spread in the air.

Instead of a ban, Rick White of the Canadian Canola Growers Association said it’s possible Health Canada and farmers could find some middle ground and agree on a mitigation strategy, with directions for how and where neonics can be used to treat seeds.

“There may be ways to minimize the problem, if there is a problem,” he said.

Health Canada declined CBC’s interview request. In an emailed statement, a spokesperson said a final decision about the proposed ban will come later this year.

“We have completed the scientific review work related to pollinators and anticipate publishing the results of the review and decision in spring 2019,” said Geoffroy Legault-Thivierge.

Additional data and stakeholder feedback on the protection of aquatic insects is also being reviewed by Health Canada.

In 2015, the Ontario government put some restrictions on the use of neonics.

The U.S. Environmental Protection Agency has found neonics offer no yield benefits to soy crops typically treated with the chemicals.