Ten years ago, Ammisee Papialuk travelled to Montreal from Kuujjuarapik, a village at the mouth of the Great Whale River in Quebec’s Inuit territory of Nunavik.

Papialuk had come for medical treatment after breaking her shoulder, but she says the doctors weren’t able to help.

“I just walked out of the hospital.”

She never left Montreal, leaving her five children — four boys and one girl — in the north.

“Spring, fall, summertime, you name it, I live outside.”

Papialuk spends much of her time in and around Place-des-Arts Metro station, hanging out with a close-knit group of friends — fellow homeless people. 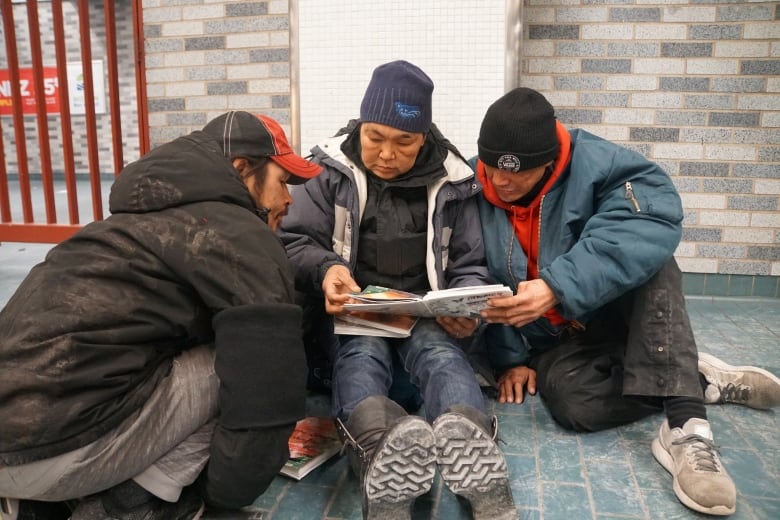 Ammisee Papialuk and two of her friends look at pictures of themselves in one of James Galwey’s photo albums. (CBC)

​​ Papialuk and her friends sit on the floor inside the station, flipping through a photo album.

The album is packed with pictures of people she knows who hang out inside Place-des-Arts station.

She stops at a photo of a grinning old woman she knew who died of cancer.

“That’s Winnie. We called her Winnie the Pooh.… She was always nice to everybody,” she says. 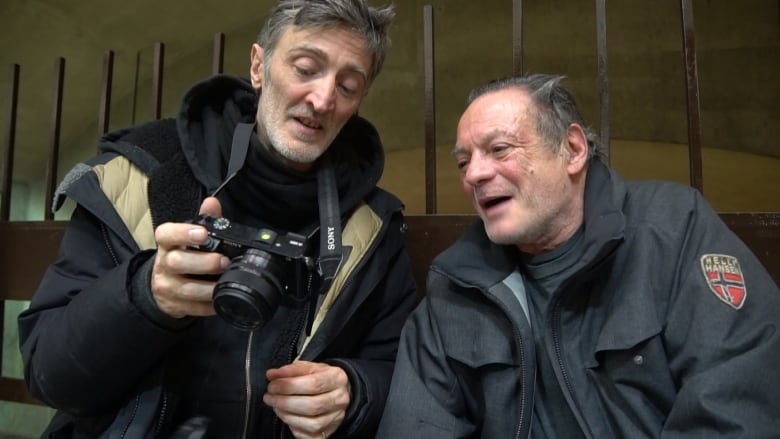 Exeko outreach worker James Galwey, left, shows Claude Prenovost his camera, with which he takes photos of the marginalized people he meets in Metro stations. (CBC)

The photo albums were created by James Galwey, an outreach worker with Exeko, a Montreal non-profit organization that uses art and philosophy to inspire creativity in marginalized people.

Galwey asks to take pictures of the people he meets. He then prints them and puts them in the albums, creating a book for each station.

“Each Metro station’s got its own community,” says Galwey.

He says it’s important for marginalized people to have access to what he calls a “physical Facebook.”

“They haven’t got access to the internet; they haven’t got iPhones and cameras. And so I think it’s an important way for them … to know what their friends are doing, as one would do with Facebook.”

Papialuk, whose photo appears several times in one of Galwey’s albums, says every picture has meaning.

“I love his photographs. It’s for memories, you know?… Every photograph means something.”

Galwey says his photos help capture a transient way of life, and often, the albums contain the last photos ever taken of a homeless person.

“We get pictures of people that we love, and we lost a lot of those people,” says Marie Blacksmith, a woman living on the streets who’s had her picture taken by Galwey.

“I don’t want these people to be forgotten,” says Galwey. “Everybody exists.”

“In a way, these photographs are proof of their existence.” 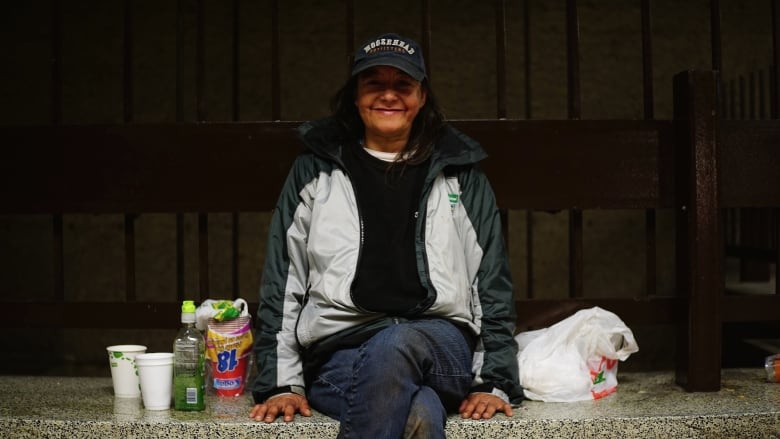 James Galwey took this photograph of a woman he knew only as Cathy, who has died since this photo was taken. (James Galwey/Fliker)