After an 11-day hiatus, an Ontario dog is back on Canadian soil, all thanks to the crew aboard the United State Coast Guard Mackinaw.

On Christmas Eve, Kailaan Walker and his partner, Lydia Selin, were visiting family on St. Joseph Island. They decided to take their two dogs for a walk, when Logan ran away.

The couple searched for Logan but couldn’t find him. They put up posters, posted the information on social media and even put out a trail camera to see if they could locate him.

“It was really difficult and I kind of felt hopeless,” Walker said.

“We didn’t have any leads to go on so as you can imagine, it’s a large island and we really didn’t know which way to go to look.”

The couple stayed visiting family for Christmas and New Year’s but Logan didn’t return. Eventually, they had to make the decision to return to their home in southern Ontario.

“It was a really hard thing,” he said.

“I sat at the four-way stop trying to leave and head towards the bridge and I went back and did another lap through the farm and called and called again.”

‘Did you lose your dog?’

The couple went home to Guelph, Ont. and later that night, his phone rang with the caller ID showing a number from Michigan.

“Sure enough, this gentleman was right there ready to talk to me all excited and keen and his first words were ‘did you lose your dog?'” he recalled.

“I was just speechless.”

The call was from the United States Coast Guard aboard an icebreaker, who had Logan. 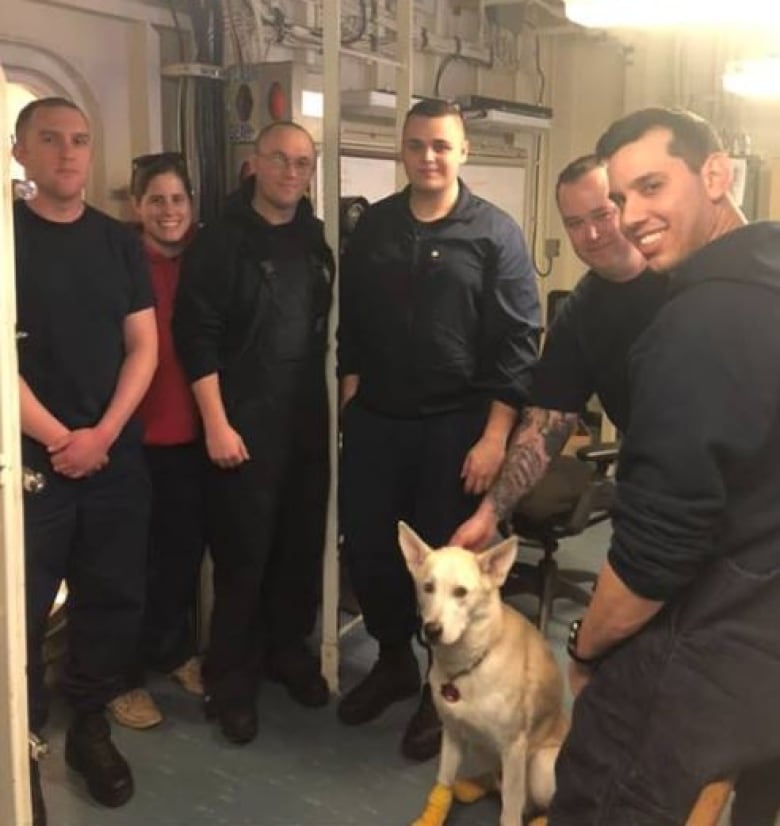 Logan the dog had plenty of company with members of the US Coast Guard while travelling back to Canada. (Supplied/USCG Mackinaw)

“At that point I didn’t know what to say,” he said.

“My brain just couldn’t even comprehend the fact that after this long, someone had actually found him and he was alive.”

Logan had run out onto the ice between St. Joseph Island, Ontario and crossed the border towards Lime Island, Michigan.

When the crew realized it was a domestic dog, they knew they wanted to help save him. Walker says about 20 crew members started looking for him on the island, as Logan was very skittish at the time.

Walker says initially, they couldn’t coax him to them, so they set up a bonfire on the island, buillt him a dog house and left some food.

“[They left him] macaroni and ribs,” he said.

“They came back the next day and sure enough Logan was sitting out on the pier, almost waiting for them and hoping they would come back.”

The crew then contacted Walker to let him know Logan was safe, and a plan started to be developed how Logan was going to get back to his owners.

Walker and his partner left the next morning and drove about 7.5 hours to Cheboygan, Michigan to meet up with the crew. 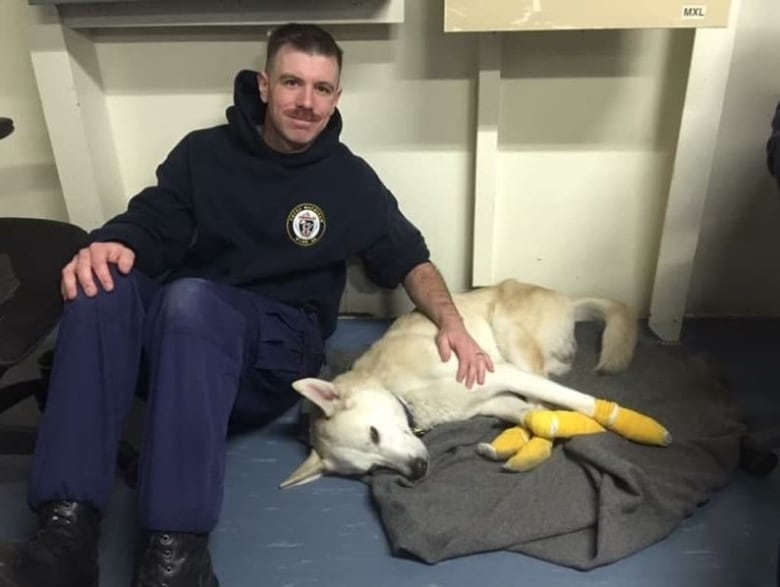 Logan the dog has a rest with the member of the US Coast Guard Mackinaw. (Supplied/USCG Mackinaw)

“It was the longest 45 minutes of my life waiting for this boat to turn around,” he said.

“[Logan’s] eyes were wide and his ears were going every which way,” he said.

“He came over and it was just surreal. He was so happy to see us. The crew had done such a good job feeding him … and giving him all the attention and love that they possibly could.”

As for how Logan was doing? Walker says the crew’s doctor even contacted a vet to help treat his paws which had minor frostbite. 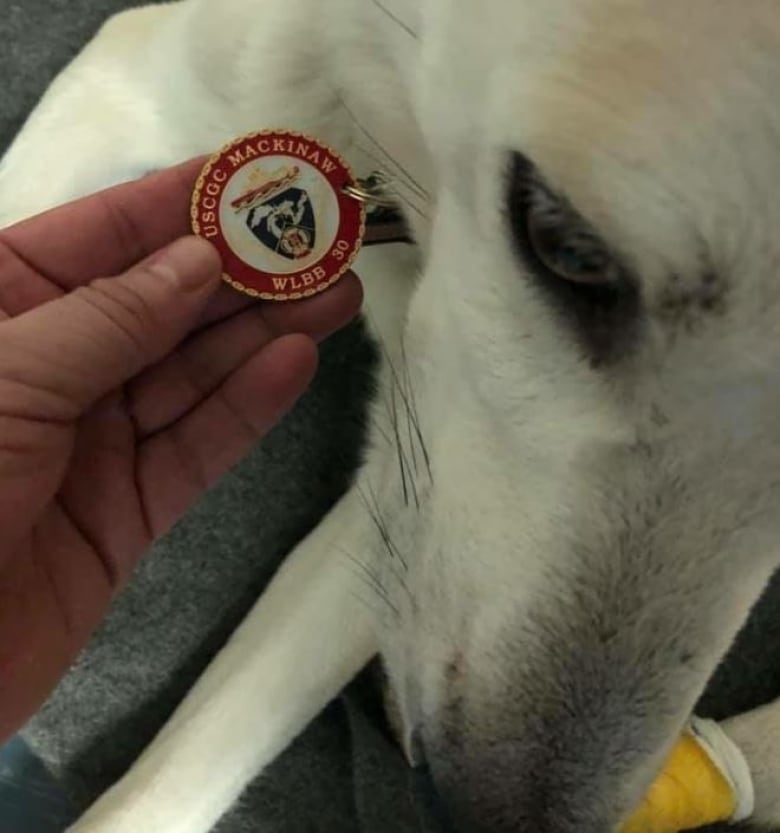 Logan the dog was given a tag from the US Coast Guard as a memory of his time with them. (Supplied/USGC Mackinaw)

“All four paws were wrapped,” he said.

“They had antibiotic cream and they had treated him with antibiotics as well. Other than being extremely hungry, he was in really good health.”

It started as a nice Christmas Eve with family on St. Joseph Island. Kailaan Walker and his girlfriend Lydia were visiting at a family farm for the holidays and took their dogs out for a walk. One of their dogs – Logan – started to follow a deer trail. They live on a farm at home in Guelph so Logan is known to go follow a trail. But this time he didn’t come back. They looked everywhere for him, put up posters, asked locals…and still no sign of Logan. What happened after that is an incredible story. Kailaan Walker tells it all to Morning North host Markus Schwabe. 13:59