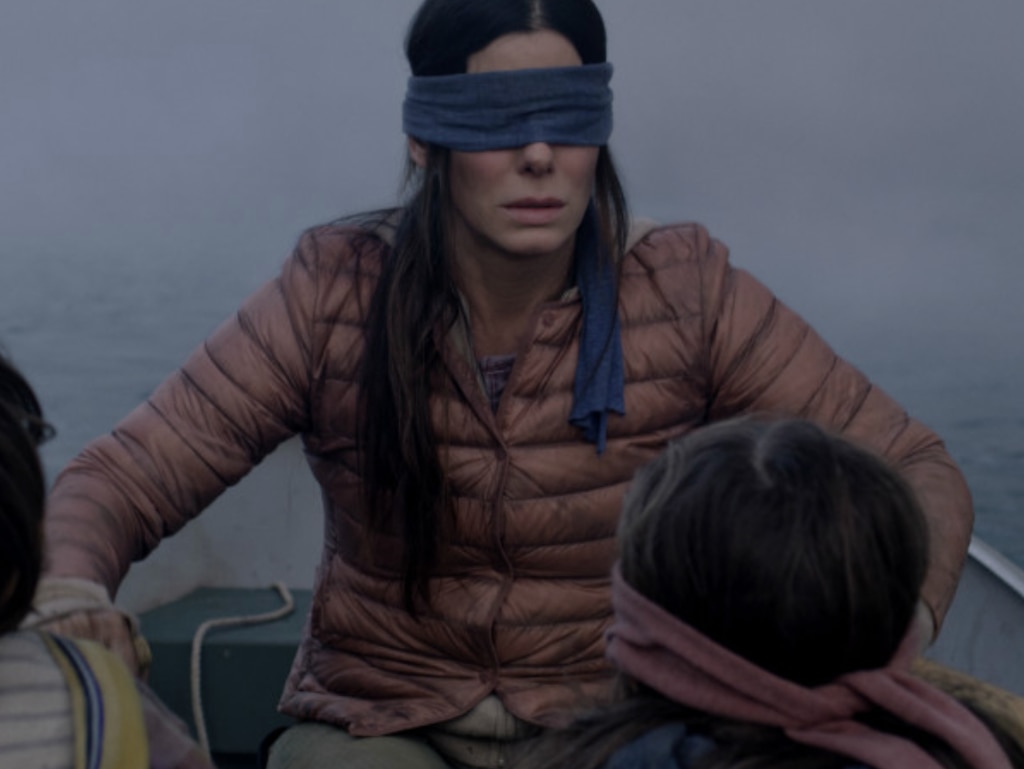 Netflix investors have too much confidence in the stock and lack adequate judgment, the short-seller Andrew Left’s Citron Research said Friday.

“NFLX investors at this level as blind as Bird Box,” Citron Research wrote in a tweet. The firm said shares would fall back to the $300 level — more than 10% below Netflix’s Friday closing price. Bird Box is a Netflix movie that stars Sandra Bullock as a mother who’s trying to protect her children after a supernatural force that kills you if you see it wipes out most of humanity.

Shares of the video-streaming giant have been on a roller-coaster ride in recent months.

On October 16, the company posted strong third-quarter earnings and subscriber growth, but shares tanked more than 36% over the following two months as the broader tech sector came under pressure. At the time, Bernstein analyst Todd Juenger linked the rising interest-rate environment, which tends to penalize companies, like Netflix, that are short of cash.

After bottoming at $231.23 on December 24, Netflix shares have rebounded by more than 40%. The gains have come after the Federal Reserve said its future rate hikes were not on a preset course.

The stock’s recent rally is too much, in the eyes of Left. Netflix’s market capitalization has soared by $45 billion over the past 12 days, the equivalent of 12 DreamWorks Animations, 12 Lionsgates, 10 Rokus, or 5 Hulus, Citron said.

But Wall Street is bullish on the tech giant.

“After six months of stock underperformance & key debates emerging about competition, margins & [free cash flow], we think these debates are better understood by investors and reflected in the current stock price,” UBS analysts said on Thursday. The bank has a “neutral” rating and $400 price target.

Netflix was up 56% in the past twelve months.

Travis Clark contributed to this story. 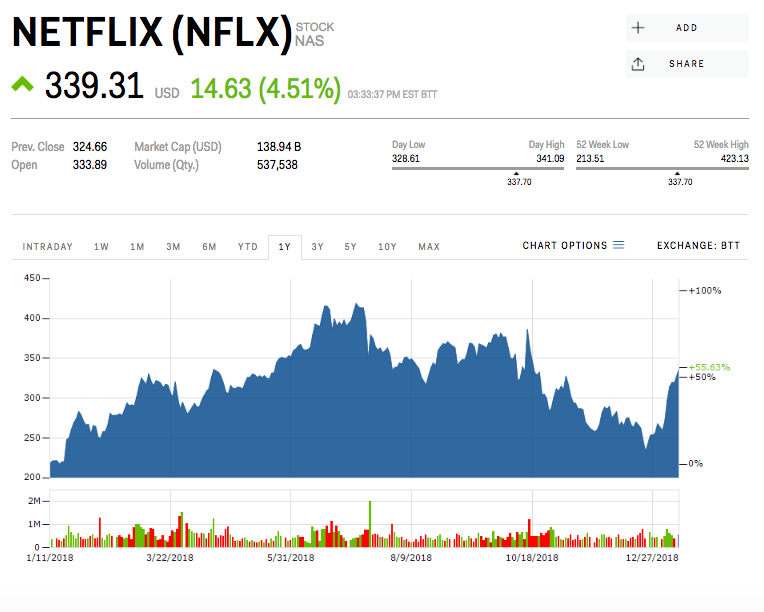 If Slack follows Spotify with a direct listing, it could upturn IPOs