“I am committed to having General Motors change their mind,” Jerry Dias, Unifor national president, told a union rally Friday just days after GM rejected Unifor’s proposals to keep its plant in Oshawa, Ont., operational past 2019.

Unifor brought in thousands of members from across Ontario by bus for the rally on Windsor’s riverfront as part of its campaign to reverse GM’s decision.

Dias said the rally was timed to coincide with a GM investor meeting.

“One thing I’m sure GM never told their investors is that in Canada, sales dropped 30 per cent in December 2018,” said Dias, comparing numbers to December 2017.

“How can you support a company that isn’t supporting their Number One market?” Dias asked the crowd, to roars of agreement.

In a statement, GM said the company had analyzed the union’s proposals but rejected them because “they all would involve substantial incremental costs and a further deterioration of GM’s competitive position.”

The company announced it will close the Oshawa plant, along with four other U.S. plants, in November. The plant opened in 1918. 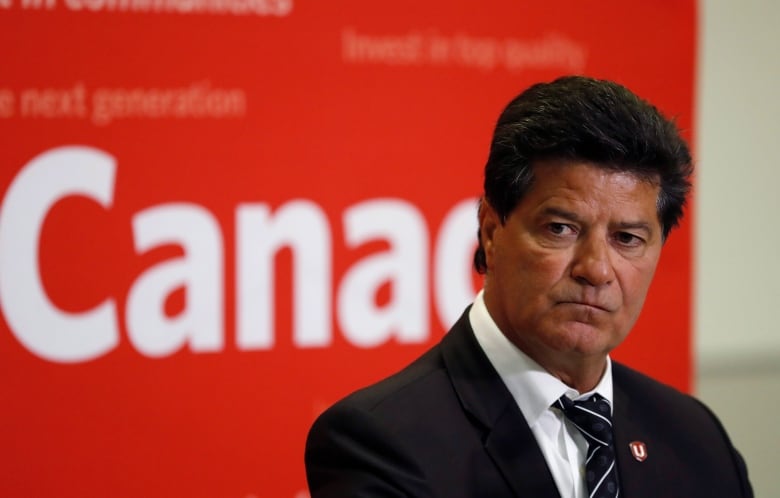 Unifor national president Jerry Dias says by rejecting the union’s offer, GM has picked a fight with all of Canada. (Carlos Osorio/Associated Press)

More than 2,500 employees in Oshawa will lose their jobs, but Unifor members said the trickle-down could affect 25,000 people.

Jackie Sovol, an employee at the Oshawa plant, said General Motors was “lying,” pointing to community businesses that would likely close their doors when the plant shuts down.

“General Motors doesn’t care about our community, they don’t care about Canada,” said Sovol, adding that with only two years seniority she wasn’t going to get more than “a box of tissues when I no longer have a job to support my family.”

“Shame on you, General Motors,” said Moffat. “We’re going no where. Nobody’s exempt from corporate greed.”

DesRosiers said it’s unfortunate that thousands will lose their jobs, but the future of the auto industry lies in electric and autonomous vehicles — areas where GM said it will focus.

DesRosiers points to GM’s new research centre in Markham, Ont., where the company hired 500 people last year and plans to hire up to 1,000 technical engineers.

Dias says the rally is part of a campaign to get GM to change its mind. (Chris Ensing/CBC)

“It’s too early for the plant, but it’s not too early to go after the intellectual jobs tied to developing electric vehicles, autonomous vehicles and ride-sharing programs,” said DesRosiers.

“There’s thousands and thousands of those jobs, that’s what [Dias] should be going and pounding on the desk of GM, Detroit, about.”

“The message here today has to be if you want to sell here, you better build here,” said Dias, calling on Canadian politicians to show leadership.

Dias said it isn’t too late for GM to change its mind, but time was running out.

“The window is closing for you to change your decision,” said Dias. “I’m suggesting you better listen carefully. You haven’t seen anything yet.”