He wasn’t on duty on Thursday, but when a Foam Lake, Sask., volunteer firefighter heard about a missing 11-year-old girl, he knew he had to do something to help with the search.

“I was at a work and I’d seen cop cars taking off from different directions from town here at Foam Lake,” said Cole Maksymytz, recalling the scene when police received word at about 5 p.m. that the girl had wandered away from her Bankend home. The tiny hamlet is located about 200 kilometres southeast of Saskatoon.

He followed the police and talked with officers, who explained to him that a 11-year-old girl had been at home sick, and wandered away from the house while her mother was away, some time between 3 p.m. and 5 p.m.. The mother had seen tracks heading west from the house, but couldn’t find her daughter nearby, recalled Maksymytz.

“I was thinking Jesus, if it was one of my kids, I’d want somebody, I’d want everybody that could help out there helping,” said Maksymytz, who has four children of his own.

Small footprints in the snow

Officials told him they had crews on the search and didn’t need extra help, but Makysmytz kept his eyes peeled as he drove toward home with two of his children with him in his truck.

“Driving down the back road, I noticed on the field, a trail. At first, I thought maybe it was a deer or a moose or something,” he said, explaining a closer look revealed footprints.

“‘Well, this could be her,'” he recalled thinking. “It had to have been, because the footprint was so small.”

Maksymytz followed the trail in his truck, until his kids piped in to say they saw something black up ahead. 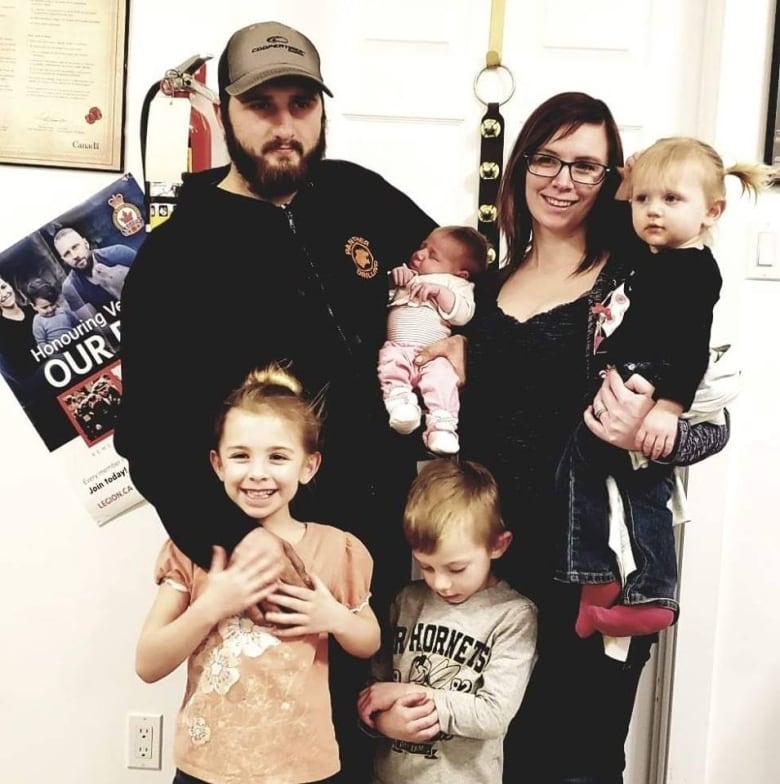 Cole Maksymytz’s two children, Danica, 6, and Cade, 4, were in the truck when with their father when they spotted something black lying ahead of them. (Submitted by Cole Maksymytz)

“So we drove up there and there she was, laying face-first in the snow,” he said, adding his thoughts immediately went to whether she was alive.

At this point, it was 7:40 p.m. in the evening, and the girl had walked nearly six and a half kilometres from her home, he said.

Relief filled him when he checked and found the girl still breathing, with Maksymytz quickly carrying her to his truck.

“It happened that my daughter knew this girl because she goes to school with her,” he said, adding his six-year-old daughter was able to tell him the girl’s name as they drove her back to the police and the ambulance.

I’m happy I did something to save someone’s life.– Cole Maksymytz, volunteer firefighter

On Friday, he learned the girl was recovering well, after receiving treatment for hypothermia and injuries related to exposure.

It reminded him of why he wanted to be a volunteer firefighter in the first place, to help people.

“I’m happy I did something to save someone’s life,” he said. “It just so happened that I was in the right place at the right time.”

Maksymytz also serves in the Wishart fire department. His fire chief there, Darrell Bzedl, was among the locals giving credit to the volunteer for his actions.

“He went above and beyond to do what he did,” said Bzedl, adding, “We have a good ending thanks to it.”