When flurries start to fly, students everywhere dream of waking up to a snow day. And now, there’s an app for that — at least for several thousand students in northern New Brunswick.

The Snow Day Notifier App was created by Alex Leslie, a Grade 12 student at Miramichi Valley High School. He said he was frustrated with getting up in the morning and checking his computer to see if school was cancelled.

“For me, I always went and checked the website and that was quite a few steps,” he said. “And I’d been reading about blue light and blue light disrupts sleep patterns.”

In an effort to maximize his sleep time, Leslie checked to see if there was an app he could use instead.

“There wasn’t anything out there so I decided to make it myself,” he said.

Leslie discussed the idea with one of his teachers, Ashley Hallihan. She encouraged him to pitch it at the Youth Entrepreneurship Challenge.

“Alex took me up on it and built the application and submitted a PowerPoint of his idea and he just kind of flourished from there,” said Hallihan.

Leslie’s idea took first prize in the challenge last May, winning him $1,000 to develop his app. He worked through the summer and fall to get it ready for this year’s snow season.

“You download the app and then you’ll be prompted to create an account. … So then you select your school and district or you can select multiple schools.” 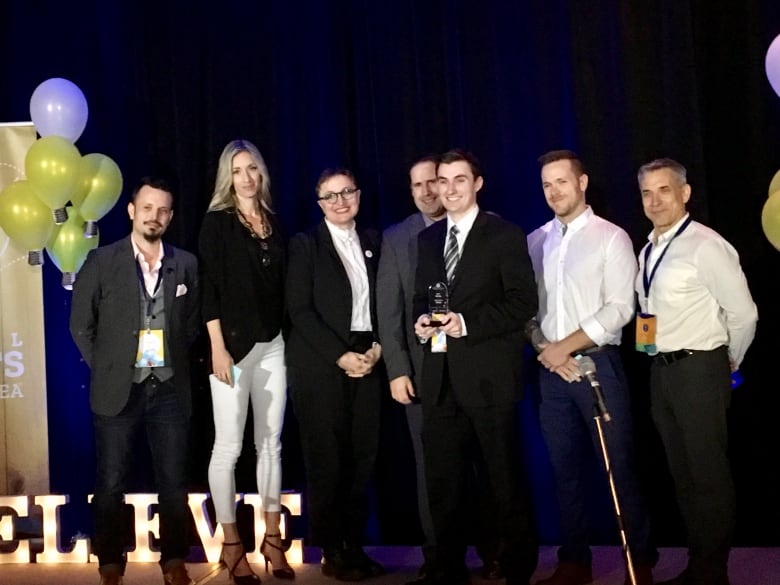 It might be of benefit to parents with children in more than one school.

The app is now available for IOS users in the Anglophone School District North, which includes schools from Rexton to Campbellton — areas which receive significant snowfall.

The app was tested during storms last week. Mark Donovan, superintendent of the district, said feedback has been positive.

“People will go to their phones first and the app is a great fit for notifying large numbers of our students and staff and community whenever there are storm-day closures,” he said.

So far, the app is only in use in the district, but it is coded for the whole province and Leslie has his sights on expanding to other districts.

“I’m learning every day,” Leslie said. “I haven’t started a business before or anything like that. So there’s a lot of steps along the way that are new and foreign to me.”