Jury selection begins Monday in a London courtroom for the trial of two former employees of the Elgin Middlesex Detention Centre accused of failing to provide the necessaries of life in the 2013 death of a prisoner at the provincial jail. 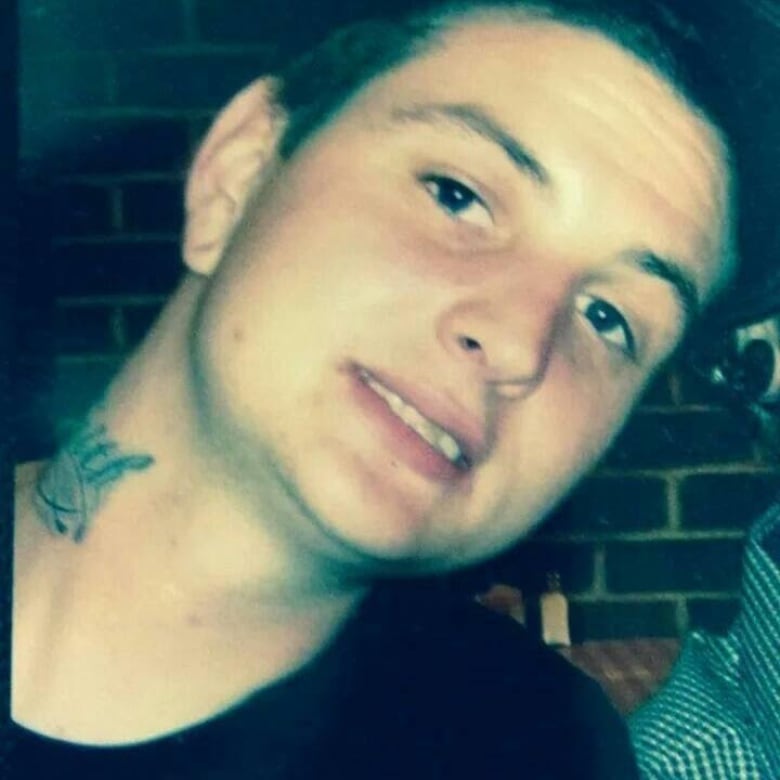 Adam Kargus, 29, was beaten to death by his cellmate Anthony George in 2013. (Deb Abrams)

Adam Kargus, 29, was beaten to death by his cellmate Anthony George on Halloween night in 2013. George is currently serving a life sentence for second-degree murder for killing Kargus.

The Crown alleges former EMDC operations manager Stephen Jurkus and former corrections officer Leslie Lonsbary did not respond during the hour-long beating in which Kargus screamed for his life.

It’s been almost five years since the pair were charged and the road to Monday’s trial has seen a number of delays.

In Feburary of 2017, an Ontario judge stayed charged against the accused, ruling it had taken too long for the case to get to trial. The decision was overturned by a higher court in May of that year.

Last month, the Supreme Court of Canada dismissed an appeal by the accused, making it possible for jury selection to begin in their case Monday.

The trial is expected to take up to four weeks.

The Byward Market Starbucks is closing permanently at the end of January.

“It is with heavy hearts that we must announce the permanent closure of our store on January 31,” the coffee shop said in an Instagram post.

“Due to the changes in the economic climate since the start of the pandemic, Starbucks Canada has made some difficult decisions to close certain stores across the country whose business have been most effected by COVID-19. Unfortunately, our store fell into that category.”

Starbucks is to close up to 300 locations by the end of March, the chain announced earlier this month, accelerating its “transformation strategy” in response to changing consumer habits during the pandemic.

The chain expects to complete theplanned store closures by the end of its second quarter. The restructuring includes adding new drive-thru locations, expanding delivery and a pilot of curbside pick up-only locations.

OTTAWA — Canadian wholesale sales grew for the seventh consecutive month in November to hit a record high, while manufacturing sales fell for the month.

CIBC senior economist Royce Mendes said factory sales took a breather in November, but he added that the decline seemed to have been narrowly driven by a few categories, noting that only five of 21 industries saw lower sales for the month.

“Declines were most prevalent in the auto and aerospace sectors,” Mendes wrote in a brief report.

“Lower prices for lumber and wood products also pulled down sales of wood products, which have been benefiting recently from strong demand for building.”

The data provided a snapshot of the economy for November, however the increased restrictions to slow the spread of the pandemic in some provinces since then are expected to have taken a deeper toll on the economy.

“Although manufacturing was deemed essential by all provinces, the sector will face headwinds from the drop in domestic demand seen elsewhere in the economy.”

The transportation equipment industry fell 9.1 per cent to $8.9 billion in November, while aerospace production fell 23.8 per cent to $1.2 billion and motor vehicle sales slipped 5.7 per cent to $4.3 billion.

Wood product manufacturing sales fell 4.1 per cent to $3.3 billion in November on lower sales in the sawmills and wood preservation industry.

Wholesale trade in volume terms rose 0.9 per cent in November.

The data for November came ahead of the Bank of Canada’s interest rate decision and monetary policy report on Wednesday.

The central bank is widely expected to keep its key interest on hold at 0.25 per cent.

But the federal agency’s unofficial early estimate for December appeared to dampen the retail momentum.

It said sales for the last month of 2020 – typically the peak of the holiday shopping season – potentially fell by as much as 2.6 per cent.

Retail expert Farla Efros said it’s not surprising the sales would taper off in December given the heavy discounting offered on Black Friday in November, as well as Amazon’s decision to move its Prime Day to mid-October.

“Most people took the opportunity to do their shopping early and get those deals,” said Efros, president of HRC Retail Advisory.

In addition, Toronto and the Peel region went into lockdown in late November, followed by the entire province of Ontario on Boxing Day.

Retail e-commerce sales for November were up 75.9 per cent from the same month a year earlier, the agency said.

“The rise in sales coincided with retailers urging online shoppers to buy early to avoid shipping delays, as well as promotional events such as Black Friday,” Statistics Canada said in its release.

Royce Mendes, senior economist at CIBC Capital Markets, said in a client note that the growth in e-commerce sales was likely led by households staying at home more as COVID-19 cases were rising.

He said numbers don’t include “some of the largest online retailers, which the survey doesn’t capture.”

Food and beverage store sales were up 5.9 per cent in November, even as about three per cent of all retailers were closed at some point in the month as restrictions tightened amid a resurgence in COVID-19 cases.

Efros pointed out that restaurants in some areas were forced to close in November, likely leading to the  increase in retail food sales at grocery stores.

She said food price inflation may have also pushed the sales figures higher as well.

Meanwhile, sales at auto parts dealers fell in November for the first time since April, as truck sales declined four per cent from November 2019, and passenger car sales tumbled 20.5 per cent compared with the same month last year.

No sledding allowed: Ottawa to clamp down on Mooney’s Bay hill crowds