One man is dead and his son is missing after their snowmobile group was caught in an avalanche on Mount Brewer in the Purcell Mountains, near the community of Invermere, B.C.

A total of nine snowmobilers from Calgary were near the southeast side of Mount Brewer on Saturday. The slide was between 200 and 400 metres wide and ran onto a small lake.

Columbia Valley Search and Rescue responded and found a 51-year-old man from Calgary under two metres of snow. He was flown to hospital in Invermere, where he was confirmed dead.

The man’s 24-year-old son, who is also from Calgary, is still missing. A statement from RCMP said it’s believed he was swept into the lake.

A preliminary release from Avalanche Canada said rescuers picked up a transceiver signal on the lake where the avalanche ended. The agency also said the 51-year-old had activated his avalanche airbag, but it didn’t stop him from being buried.

The RCMP’s Underwater Recovery Team searched the area on Sunday without success. The team was sent to the scene again on Monday.

RCMP said the other seven snowmobilers in the group were unhurt. Cpl. Dan Moskaluk said the avalanche may have been triggered after one of the snowmobilers was highmarking — an activity where a snowmobiler tries to ride as far as possible up a steep hill, then turn and come back down without rolling or stalling.

The snowmobiler’s death is the second avalanche death in B.C. in as many weeks.

Earlier this month, a 42-year-old skier was killed in an avalanche in the backcountry near Pemberton. Friends found him after he was buried in the area near Pebble Creek on Jan. 3, but he couldn’t be revived.

The avalanche danger rating in the area was “extreme” at the time. 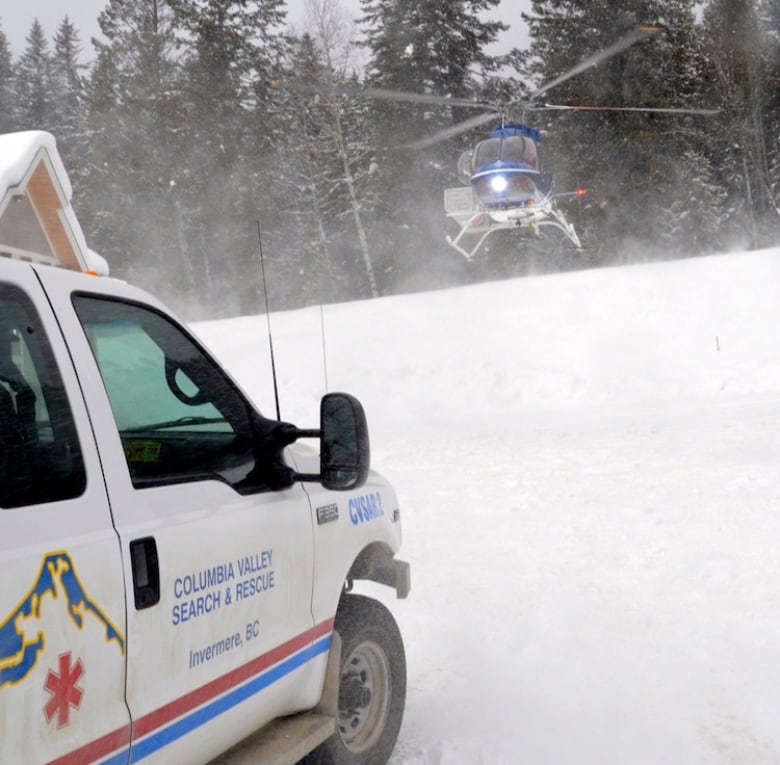 Columbia Valley Search and Rescue found one of the snowmobilers buried under two metres of snow with his avalanche airbag activated. The 51-year-old Calgary man was pronounced dead in hospital. (RCMP)

The Purcells have been seeing poor conditions since the fall, according to Avalanche Canada.

“The conditions in the Purcells, in particular, have been problematic for quite a while now,” said Karl Klassen, warning service manager for the Revelstoke-based agency.

“We suspect the layer that is creating the larger avalanches in this region formed in October. It’s been a problem ever since then, but it’s come alive lately as we’ve had more snow pile up on that layer.”

An annual report from Avalanche Canada said there were 102 avalanche-related deaths in B.C. between 2009 and 2018.