Andrew Hamm had been living in New York City for a few months trying to make it as a standup comedian. But it wasn’t going well.

“I wasn’t making a lot of money doing standup — and it’s a really big scene here,” Hamm, who was born and raised in Halifax, said from New York. “So, I just wanted to start doing something that was funny and writing.

“So, I just thought of writing and drawing again and that’s how this whole thing started, as an outlet.”

Since then, Hamm has posted a cartoon to @AHammADay to Twitter and Instagram every day — there are close to 2,600 cartoons posted so far.

His work has since been featured in publications such as The New Yorker and The Guardian, but it didn’t happen overnight.

How I spent Christmas this year. <a href=”http://t.co/oPMWASw2″>pic.twitter.com/oPMWASw2</a>

“I was doing it on my own for about a year,” he said. “And then I just thought to myself, if I’m doing this every day I should try and get something from it.”

He began submitting his work — seven cartoons per week — to different publications. 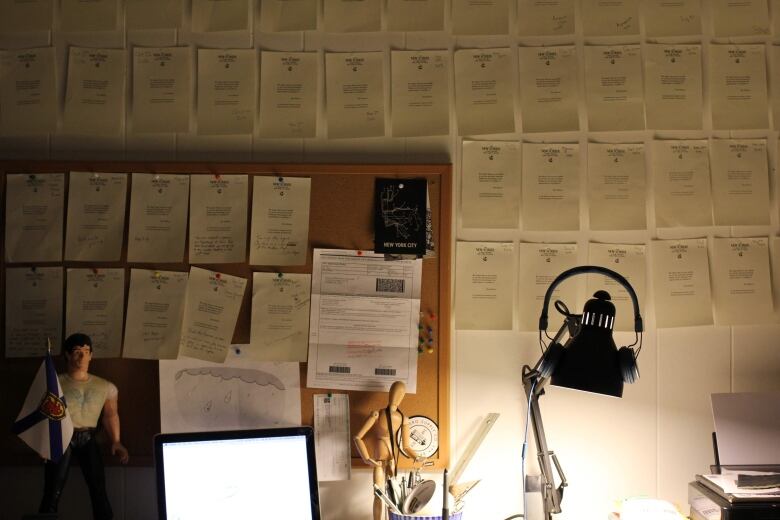 Andrew Hamm’s wall full of rejection letters from The New Yorker. He estimates he has 100 of them. (Submitted by Andrew Hamm)

Eventually, some of the rejection letters would come back with words of encouragement. He’d place those letters up higher on the wall.

Shortly after, Hamm started to go to The New Yorker’s office in person to deliver his work.

It featured squirrels exchanging gifts with one of the squirrels chiding the other squirrel for giving an almond, with the caption: “An almond! I thought we’d agreed — nothing extravagant.”

Hamm said not too many people back in Halifax know about his cartooning.

“Every now and then I get a message from somebody,” he said.

Hamm, who lives in New York with his wife, Angela, and two-year-old son Rodger, owes much of his cartooning success to being diligent and finishing projects he starts.

When he moved to New York, he lived with his friend Nathan MacIntosh — a standup comedian who is also from Halifax — and the two would work on scripts together.

“They weren’t very good, but our mantra — which I think we both still stick to pretty religiously — is just finish,” Hamm said.

“Ninety-nine per cent of things that don’t go anywhere is because people don’t finish making them. At least when you finish doing it, you have a product.” 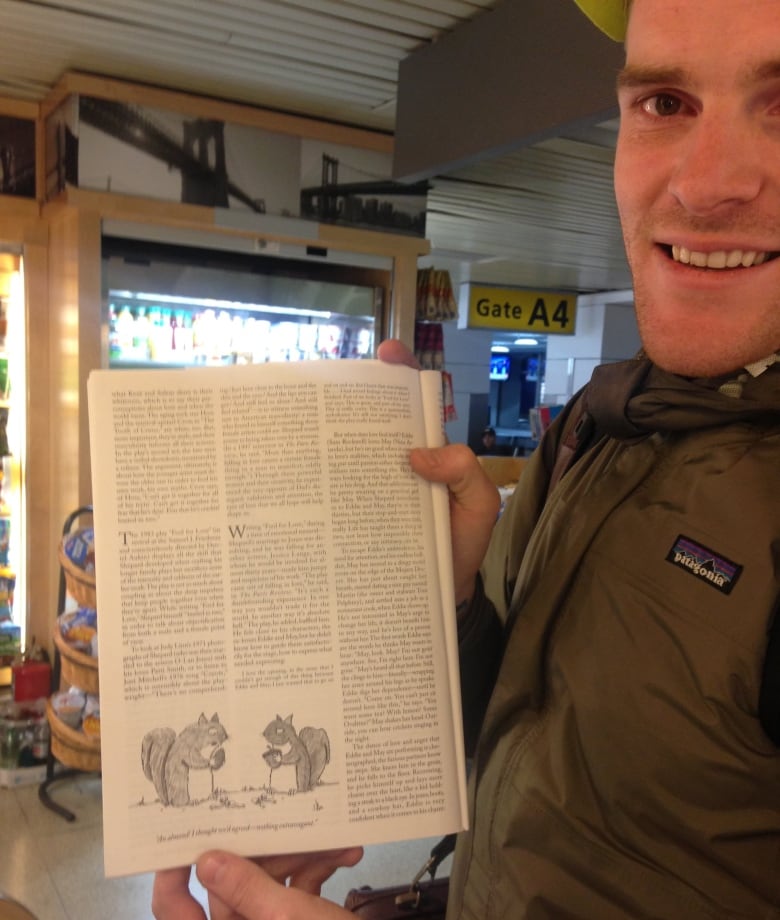 Andrew Hamm, a cartoonist from Halifax, holds up the 2015 issue of The New Yorker that featured his first cartoon. (Submitted by Andrew Hamm)