Despite a wait list exceeding the lifespan of even the healthiest Canadians, the minister in charge of doling out free flags that have flown from the Peace Tower on Parliament Hill is ignoring her own department’s advice about how to fix the program.

The Canadian flag on the Peace Tower in Ottawa is changed every weekday and since 1994, Canadians have been able to apply to receive one of the flags free of charge. That allows for 248 flags per year from the tower to be mailed out to Canadians.

But the program has become victim of its own success, with more and more people adding themselves to the wait list. According to Public Services and Procurement Canada, as of mid-October, there are currently 22,650 people waiting for a Peace Tower flag, which the department now estimates will take approximately 114 years to clear.

According to Statistics Canada, the average Canadian man can expect to live just shy of 80 years now and the average woman nearly 84. As of the last census in 2016, there were just 8,320 people over the age of 100 in the country.

The department sent the minister a briefing note last July, which CBC obtained through access to information. It listed several options for changes to the program hoping to make it more reasonable. At that time, the wait for a Peace Tower Flag was 101 years.

“While successful, the initiative as presently structured has become unsustainable,” reads the briefing note. 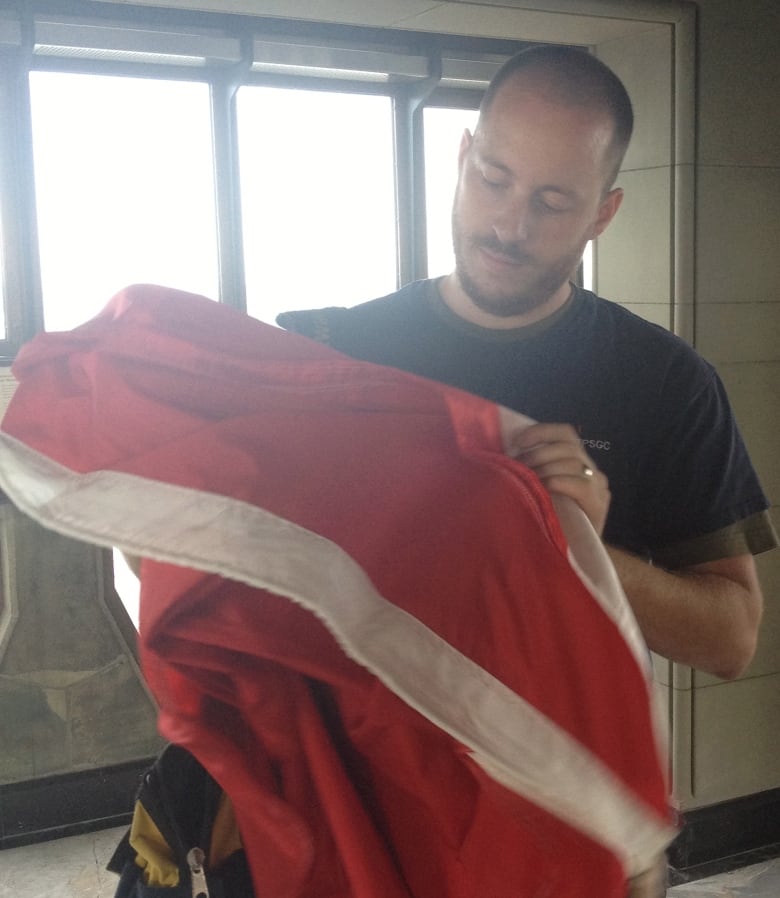 Parliament Hill maintenance worker Robert Labonté prepares to ascend the stairs of the Peace Tower with a fresh flag in 2014. A worker changes the flag every weekday and sends one out to Canadians. (CBC)

The proposed solutions in the briefing note have been redacted, but the department stressed they needed a new approach.

“The initiative has reached a critical point where a decision is required,” officials wrote.

Despite those pleadings Public Services and Procurement Minister Carla Qualtrough decided against any changes.

“There are currently no plans to change the Parliament Hill Flag Initiative,” said her press secretary Ashley Michnowski in an email to CBC.

CBC sent several follow up emails and phone calls, but received no response as to why the minister decided to leave the program as is.

People receiving Peace Tower flags today asked for them in 2005. The department said if someone on the waiting list dies it is currently the responsibility of the executor of their estate to notify the department.

From Halifax to The New Yorker, persistence pays off for cartoonist