An Alberta judge is recommending an extensive review of the province’s child-care system following a 22-month-old girl’s death.

Mackenzy Woolfsmith was found injured in a private Calgary day home in May 2012.

Her caregiver, Caitlyn Jarosz, said the toddler had fallen down the stairs and flipped through the air.

Mackenzy died in hospital from brain and spinal cord injuries.

Jarosz was charged with second-degree murder, but pleaded guilty to manslaughter and was sentenced in May 2016 to 5 1/2 years in prison.

A fatality inquiry was held before Judge Josh Hawkes last year to come up with recommendations to prevent similar deaths.

“Mackenzy’s death at the hands of her trusted caregiver was a shocking tragedy and terrible loss for her parents and family,” writes Hawkes in a 14-page report released Monday.

He said he is hoping for a re-examination of the legislative, policy and operational framework that governs child care in Alberta.

“The risks to the very young and vulnerable are real. Other jurisdictions have carefully reviewed all forms of child care from a risk-based perspective. I strongly recommend such a review in Alberta in order to reduce the likelihood of a recurrence of events like these.” 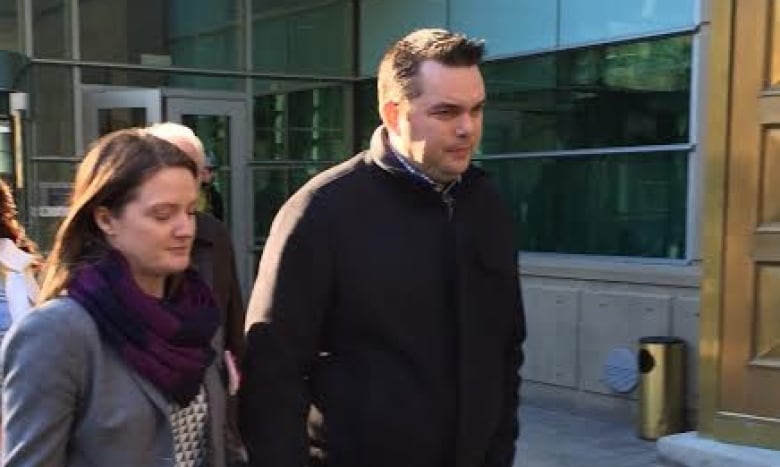 Dan and Jen Woolfsmith leave the Calgary courthouse in 2015 after day home operator Caitlin Jarosz pleaded guilty to manslaughter in the 2012 death of their toddler. (Meghan Grant/CBC)

Hawkes said the review should shift the focus from regulating the size of unlicensed daycares to reducing risk and increasing protection in all forms of child care.

Significant staffing changes must be made to ensure timely and effective investigations regarding risk in all child-care settings, he said

“The death of a child at the hands of a trusted caregiver is a parent’s worst nightmare. That this nightmare is not an isolated incident, but part of a pattern in which children and care workers are at elevated risk, is a serious public policy issue requiring urgent and sustained attention.”

Alberta Premier Rachel Notley said in Calgary that she had not been briefed on the inquiry report’s recommendations.

“I know our government has already been working quite diligently on ways to raise the standards, to raise the level of accountability, raise the levels of support for child care across the province,” she said. “But we also know there’s more to do and quite frankly providing safe child care is a fundamentally important value.

“We need to make sure child care is a priority going forward. We’ve done some work and we look forward to doing more.”