Scott Brison’s decision to leave the Liberal cabinet and retire from politics prompted Monday’s shuffle and left a hole in Trudeau’s front bench. The former president of the Treasury Board was Nova Scotia’s lone representative in cabinet. He also represents a rural riding.

His replacement as the province’s only cabinet minister is Bernadette Jordan. She didn’t get Brison’s job — that was handed to Jane Philpott, who moved from Indigenous Services — but instead was handed a new title. Jordan will be the minister for ‘rural economic development’.

That the Liberals felt the need to task a new minister with the file suggests they were worried the government wasn’t addressing (or wasn’t seen to be addressing) the concerns of rural Canadians. As electoral demographics go, rural Canada isn’t the most important one for the Liberals. But it’s still one that the party needs in order to secure re-election in the fall.

For a region to be considered ‘rural’, according to the Organisation for Economic Co-operation and Development, its population density must top out at 150 people per square kilometre. Using that measure and the results of the 2016 census, there are 150 rural ridings in Canada. The remaining 188 — 56 per cent of the total — are considered urban.

The Liberals do very well in urban ridings. They currently hold 127, compared to just 30 for Andrew Scheer’s Conservatives, 24 for the New Democrats, four for the Bloc Québécois and one for Elizabeth May and the Greens. Another three are occupied by independent MPs — two of them former Liberals and one a former New Democrat.

But the Liberals cannot hold power with urban ridings alone. Many of those urban ridings are located in areas that are electorally inaccessible to them. Calgary, Edmonton and Quebec City, despite some Liberal breakthroughs in 2015, are solidly Conservative. Parts of Vancouver, Hamilton and Windsor have long been painted NDP orange.

Rural Canada put Liberals over the top in 2015

The Conservatives hold the lion’s share of rural seats, with 67 of the 150 rural ridings in the country. The Liberals have 54, Jagmeet Singh’s New Democrats hold 20, the Bloc has six and Maxime Bernier of the People’s Party has one. Two rural seats are occupied by independents, one a former Liberal and one a former Conservative.

While urban seats put the Liberals three-quarters of the way to a majority government in 2015, rural ridings put the party over the top. These were primarily in Atlantic Canada, where 24 of the 32 seats (the Liberals swept the region) are considered rural. The Liberals won another 13 rural seats in Ontario, 10 in Quebec, four in British Columbia and all three in the North. The Liberals hold no rural seats in Alberta, Manitoba or Saskatchewan.

On the one hand, appointing Jordan (who represents South Shore–St. Margaret’s, population density 10.8 per square kilometre) to head up the government’s outreach to rural Canadians can be seen as a defensive move. The Conservatives are targeting about two dozen rural Liberal seats this year — including half of the seats in New Brunswick and Nova Scotia, a number of seats in northern and eastern Ontario and a few in B.C.’s Fraser Valley.

On the other hand, the Liberals might spy some opportunities for gains in rural ridings as well — primarily in Quebec. Together, the Bloc and New Democrats hold 14 rural seats in the province, and both parties are floundering in the polls as the Liberals move ahead in voting intentions. But Jordan does not speak French well, so her ability to appeal to francophone rural Quebecers might be limited.

The Liberals also could be targeting a few Conservative seats in the B.C. Interior — the prime minister held a town hall last week in Kamloops, B.C. — and NDP seats in the northern Prairies.

Not a decisive vote, but a needed one

The Liberals and Conservatives have mirror-image caucuses when it comes to the rural-urban split. About two-thirds of the Liberal caucus is urban while about two-thirds of the Conservative caucus is rural. The Conservatives need to move back into the urban centres of Canada in order to threaten Trudeau’s government. Rural seats should be the lowest-hanging fruit for Scheer — far easier for him to pluck than those in the suburbs that tilted the 2015 election in the Liberals’ favour. 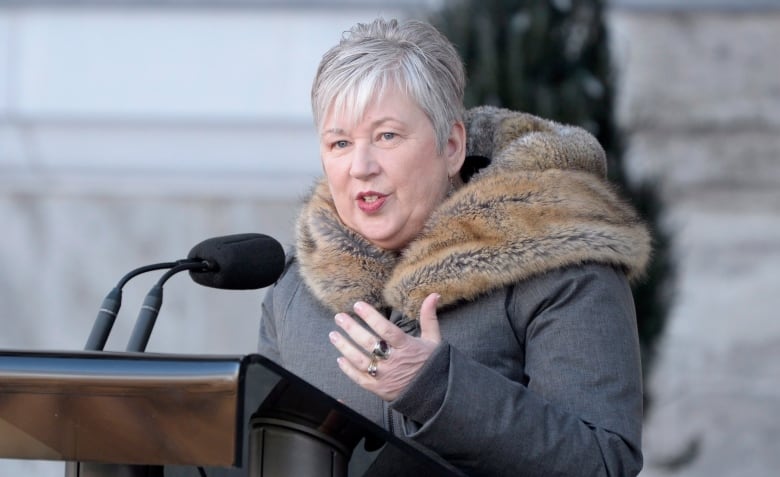 As an electoral move, appointing Jordan to lead a new rural economic development program makes sense. The rural file is one that generally puts the Liberals on the back foot. Handled well, however, it could help secure the party’s re-election.

But the real test will be whether Jordan can achieve tangible results for rural Canadians. A new job title and a seat at the cabinet table won’t be enough. How the Liberals perform in Canada’s 150 rural ridings in October’s election will in part be a measure of Bernadette Jordan’s success or failure in her new portfolio.