Amanda Michayluk had just finished her shift at Maidstone’s grocery store when she and her father went to cut firewood.

The 34-year-old single mother and her sons recently moved back to her parents’ acreage south of Waseca, in a home heated almost exclusively with wood.

As she and her father were trying to dig it out, she set off for help on foot near midnight, wearing a denim skidoo suit, a tuque and winter boots. 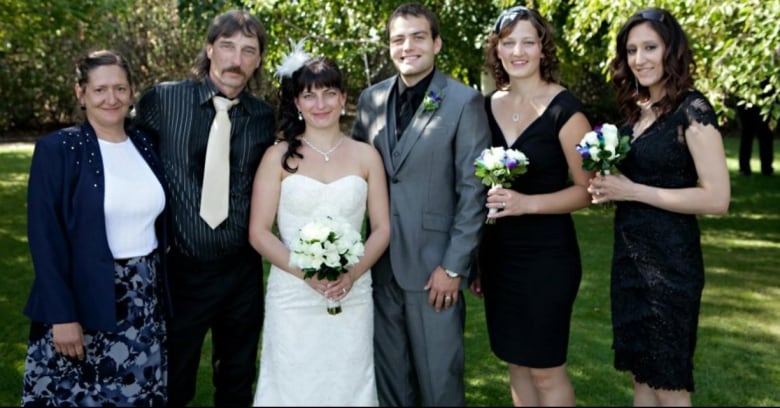 Amanda Michayluk (right) posed for this family photo several years ago at her sister Christine’s wedding. Last year, Michayluk moved in with her parents, Val and Dennis Lakatos (left).

After several more hours, Dennis Lakatos freed his vehicle and drove home. His daughter was not there.

“It doesn’t make sense,” said Michayluk’s sister Christine Barton. “She wasn’t that far from home, it wasn’t unreasonable to think that she could make it.”

By Thursday morning search crews from the Lloydminster and Maidstone area were out trying to trace Michayluk’s steps.

Her footprints stopped at a grid road where she ought to have turned west, for home, prompting the RCMP to issue a missing-persons report saying it “appeared she was picked up by an unknown vehicle.”

The last pings from Michayluk’s cell phone were traced to a tower near Paynton, nearly 40 kilometres away.

“We had blowing snow, we had white-out conditions,” said Donnamarie Oxby, a friend of Michayluk’s, who saw numerous vehicles in the ditch that night.

“The wind probably whipped her next few steps off and they didn’t see it,” Oxby said.

By Friday, neighbours several miles away noticed unusual footprints near one of their fields.  Using a drone and later, snow machines, they located Michayluk’s frozen body.

A news release from the Maidstone RCMP said Michayluk was located approximately four kilometres from where she was last seen walking. Police do not suspect foul play. Family members are still trying to piece together how Amanda Leanne Michayluk, 34, missed a turn on a grid road that would have led her home. (Facebook)

“She had walked until the road ended then kept going two more miles into fields,” Barton said, noting her sister stood 5’9″ and weighed 115 pounds, and could easily have become hungry and disoriented in the cold.

An autopsy was conducted today in Saskatoon.

Michayluk would have celebrated her 35th birthday tomorrow. Her son Tyler is six, her son Kayden is almost eight. 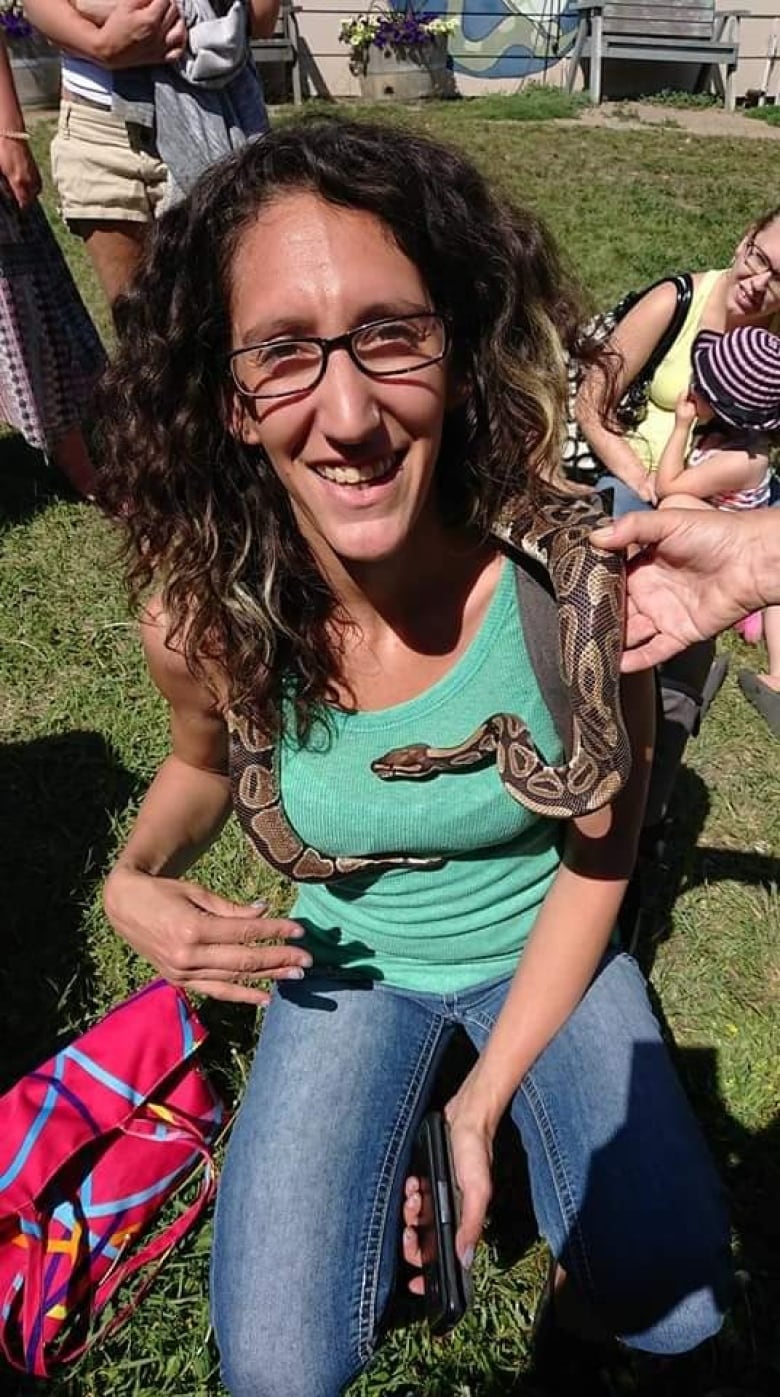 Amanda Michayluk was days away from celebrating her 35th birthday when she froze to death a few kilometres from her family’s acreage near Waseca, Sask.

“Amanda was a very caring, loving person,” said her sister Carol Klassen. “She was very outgoing and knows so many people and would help them in any way if she could.”

Since Michayluk’s death, neighbours and friends have dropped load after load of firewood for her parents, Dennis and Val Lakatos.

“We’ll do everything we possibly can to make things go smoothly,” said Victor Zarowny, who owns the grocery store in Maidstone where Michayluk worked. He’s set up in-store credit accounts for her parents and sons, so donors can buy them groceries and firewood. 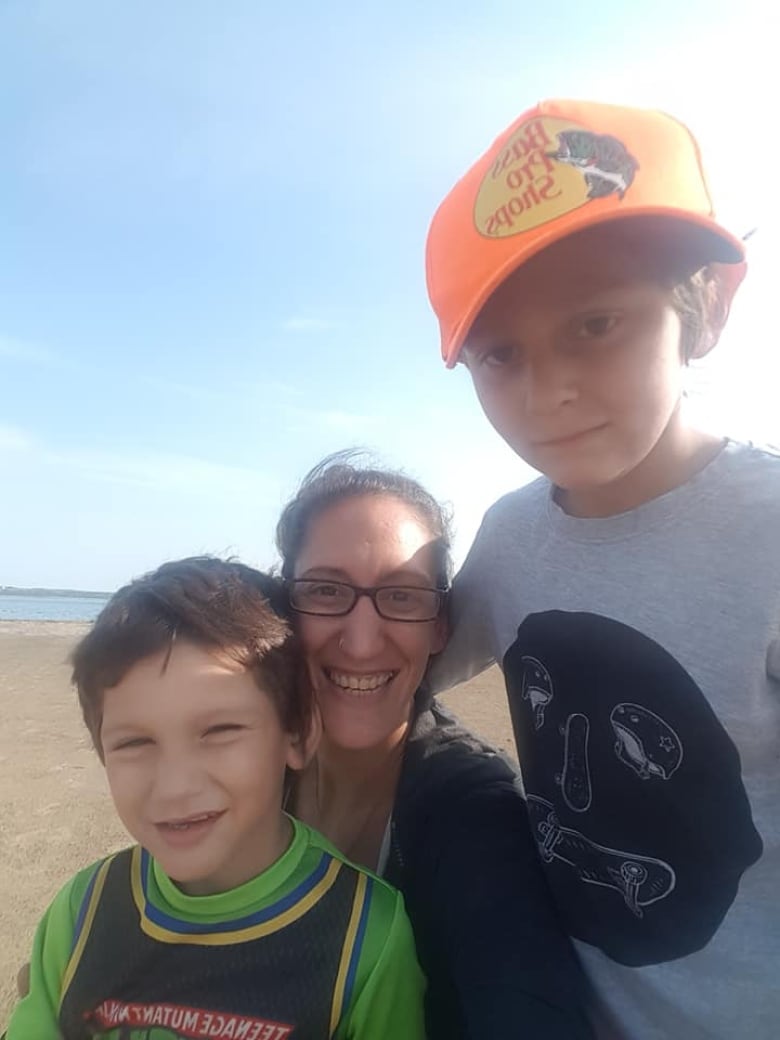 Friends and family have set up a trust account for Michayluk’s sons at the Synergy Credit Union in Maidstone. (Donnamarie Oxby)

“Her mom’s got health issues too, so it’s going to be tough,” said Zarowny. “It’s quite the tragedy.”

Friends and family members have also set up a GoFundMe account, to cover ongoing costs for the boys, along with funeral expenses. Synergy Credit Union has also opened a trust account to support Michayluk’s sons.

“We always take care of each other and that’s what we’re doing for her and her family,” said Zarowny. “We’ll make sure she’s not forgotten.”

A celebration of Amanda Michayluk’s life is planned for Saturday, Jan. 19, at the Maidstone legion hall.

‘I didn’t know what would happen to me’: Students describe carbon monoxide poisoning incident at LaSalle school

Catholic board pulls book with LGBT characters from elementary libraries