Canada’s Bianca Andreescu was eliminated from the Australian Open on Thursday, dropping her second-round match 6-3, 3-6, 6-2 to Anastasija Sevastova of Latvia.

The loss halted a solid start to the 2019 tennis season for the 18-year-old from Mississauga, Ont., who was coming off her first final appearance at a WTA tournament two weeks ago.

Andreescu looked rejuvenated after a brief rain delay in the second set against Sevastova, coming back to break her opponent to go up 5-3 then holding serve.

Andreescu started strong with a break in the third set, but the 28-year-old Sevastova recovered with three breaks of her own for the match.

Bianca Andreescu of Mississauga, Ontario saw her January to remember come to a close with a 6-3, 3-6, 6-2 defeat to Latvia’s Anastasija Sevastova. 1:36

Andreescu had 49 unforced errors to Sevastova’s 33 throughout the match, which lasted two hours 14 minutes.

Sevastova, the 13th seed at the tournament, converted on 5-of-15 break points. Andreescu was 3-for-11 on break points won.

Gabriela Dabrowski of Ottawa and her doubles partner Xu Yifan dropped a 6-2, 3-6, 6-3 decision to the Czech pairing of Marketa Vondrousova and Barbora Strycova. 1:18

Raonic was either one or two points from dropping each of the sets he eventually grabbed on the way to edging 2014 champion Stan Wawrinka in the Australian Open’s second round.

The 16th-seeded Raonic, the Wimbledon runner-up in 2016, hit 39 aces in the just over four-hour thriller.

He barely came through.

Raonic will meet the winner of Thursday’s match between South Korea’s Hyeon Chung and France’s Pierre-Hugues Herbert in the third round on Saturday. 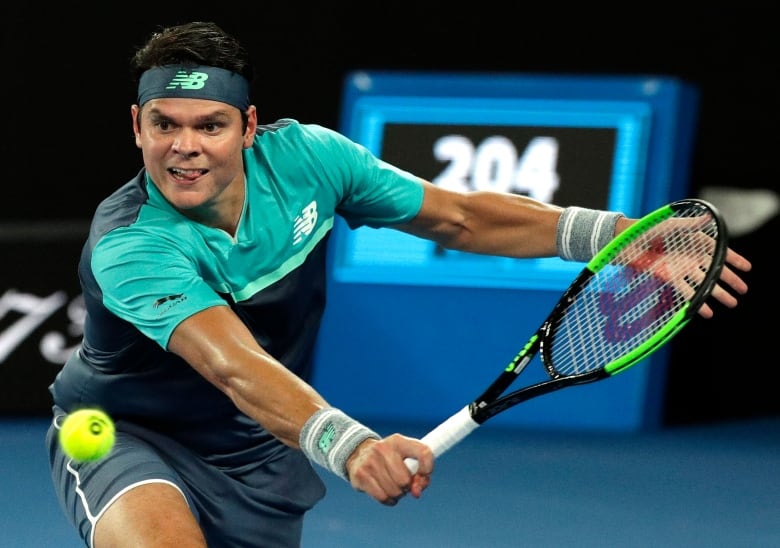