Not a day goes by that Wayne Belleville doesn’t think about when he was shot in the back and left for dead on a rural Okanagan road, so when he received a Christmas card from the imprisoned shooter, it left him rattled and questioning how the card made it out of prison.

The Oliver, B.C., resident was shot in July 2015 after he gave Ronald Teneycke — a violent rapist with a long rap sheet — a ride. After Teneycke introduced himself, Belleville recognized the name of the dangerous criminal and told him to get out of his truck.

That’s when Teneycke pulled out a gun and shot Belleville, who had slammed on the brakes and tried to run.

‘Where did I get ya?” Teneycke allegedly asked the collapsed Belleville before stealing his vehicle.

Teneycke pleaded guilty in a Pentiction courtroom in 2018 to discharging a firearm with intent to wound or disfigure and robbery using a firearm.

But Belleville was not so lucky.

Teneycke sent him a Christmas card that included a two-page handwritten letter, despite a no-contact order from a B.C. Supreme Court judge.

Belleville agonized over whether or not to read it after his stepdaughter did and warned him not to. He let it sit for awhile but finally read it in the parking lot at the Oliver RCMP station before turning it over to police. 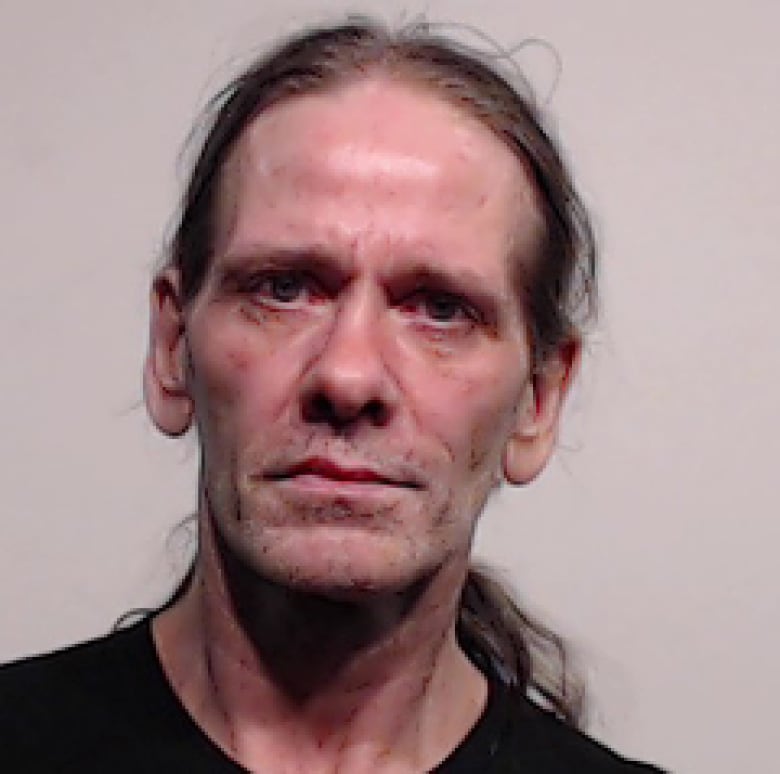 Ronald Teneycke managed to mail a Christmas card from inside a maximum security facility to his shooting victim, despite a no-contact order. (RCMP)

Belleville said the content was disturbing and that Teneycke actually blamed Belleville in the letter for getting himself shot.

“His world view of himself is that he is the victim and that hasn’t changed,” said Belleville.

The letter left him disturbed and angry — both with Teneycke and Correctional Service Canada for not catching the card before it was mailed.

‘I can only describe their actions as gross incompetence … someone is asleep at the switch,” he told Walker.

Correctional Service Canada said in a statement it cannot comment on the specific case.

Teneycke has been charged with one count of failing to comply with a communication order and will appear in court Friday in Penticton.

With files from Daybreak South