For the past few months, Hassan Mursal’s daughters have been on the run.

Now the Edmonton father is fighting to bring his children to Canada after they fled a war zone in Ethiopia, but a bizarre foul-up in one daughter’s passport application is making it difficult.

Mursal says he fears for the safety of his daughters — Saabiriin, 14, and Zuhur, 9 — who are stranded in Nairobi after recently fleeing the war-torn Ethiopian region where they had been living.

To bring the girls to Canada, Mursal must first replace his older daughter’s lost Canadian passport — but that process has been stalled due to a disputed photo.

“The situation is very bad now for them,” said Mursal in an interview with CBC News Wednesday. “The kids have no parent over there.”

Although the girls are Canadian citizens, as is their father, they’ve never lived in Canada. Mursal came as a refugee from Ethiopia to Canada in 1988. He married an Ethiopian woman during one of his many extended visits back to his homeland.

Two weeks after the birth of their second daughter in 2009, Mursal’s wife died from a heart attack. The sisters were left in the care of their aunt so that Mursal, who drove a taxi in Fort McMurray, could continue to work and provide for them.

In 2015, Mursal applied for a replacement passport in the hopes of bringing both daughters to Canada. Their aunt had just died and protests in the region were turning deadly.

“Sometimes you see dead bodies on the road and sometimes, like two or three weeks, you can’t come out from the home,” Mursal said, recalling time he’d spent in Ethiopia during that period.

Edmonton father issues plea to federal government to act quickly to bring his Canadian children to Canada after they fled a war zone. 0:50

Late last year, Mursal’s daughters were among thousands of people who fled the region amid prolonged violence and deadly clashes that escalated following October’s presidential election.

An Edmonton human rights group that has taken up his case met earlier this week with staff from the office of federal cabinet minister Amarjeet Sohi, MP for Edmonton Mill Woods.

Mark Cherrington, a volunteer with the Coalition of Human Rights and Justice, is concerned about the lack of response from the Canadian government.

We have a situation where we have two small children, Canadian children, that are in harm’s way, that were in a war zone and fled this war zone– Mark Cherrington, human rights advocate

“We have a situation where we have two small children, Canadian children, that are in harm’s way, that were in a war zone and fled this war zone,” said Cherrington.

“We’re asking that the Canadian government act intrusively and quickly and make sure that these two children are  kept safe and returned home to Canada with their father.”

The well-being of the children should be made the priority regardless of the issue with the passport photo, Cherrington added.

The issue with the disputed photo on the passport application is that the photo is not Mursal’s daughter — a troubling situation that isn’t able to be clearly explained.

Mursal learned about the problem in a letter from the Passport Investigations Division on Dec. 20, 2016 — one of many documents he provided to CBC, including copies of his daughters’ expired Canadian passports.

The letter, signed by an investigator who provided an unreadable signature and no name, acknowledges his custodial duty as the only surviving parent and references the police report of his daughter’s lost passport.

However, it also informs Mursal he is under investigation for allegedly “providing false or misleading information in support of the application submitted in the name of Saabiriin Hassan Mursal.”

The document explained that facial recognition software, which compared the photo to a previous passport photo of Saabiriin, showed “a minimal resemblance.” 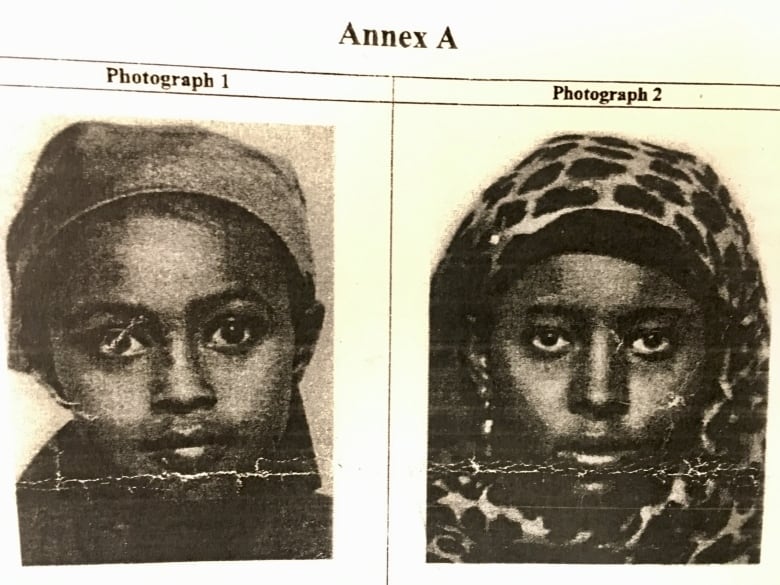 Canadian authorities says a photo of an unknown female (right) was submitted instead of Hassan Mursal’s daughter (left). (IRCC)

Further, Canadian government officials told CBC News that embassy staff said Mursal was accompanied by the impostor when he initially made the application at the Canadian embassy in Addis Ababa, the capital of Ethiopia.

Mursal said that is not the case and that he was with his daughter that day.

He acknowledges the female in the photo is not his daughter, but insists it is not the photo he submitted.

“I never seen that picture before that time,” Mursal said.

Mursal suggested the photo was switched, perhaps in response to his request to speak to someone higher up, a request he believes may have offended a staff member.

“He is the one who replaced another photo in my daughter’s application due to what I was asking for,” Mursal wrote in a letter on Feb. 2, 2017, in response to the allegations.

Mursal denied knowing the person in the other photo and described it as an act of revenge. “I swear that I submitted my daughter’s real photo,” he wrote.

Mursal alleged he was indirectly asked to pay a bribe, which he refused to do.

But IRCC stood firm and informed him in January 2018 that his passport privileges were revoked until 2022. 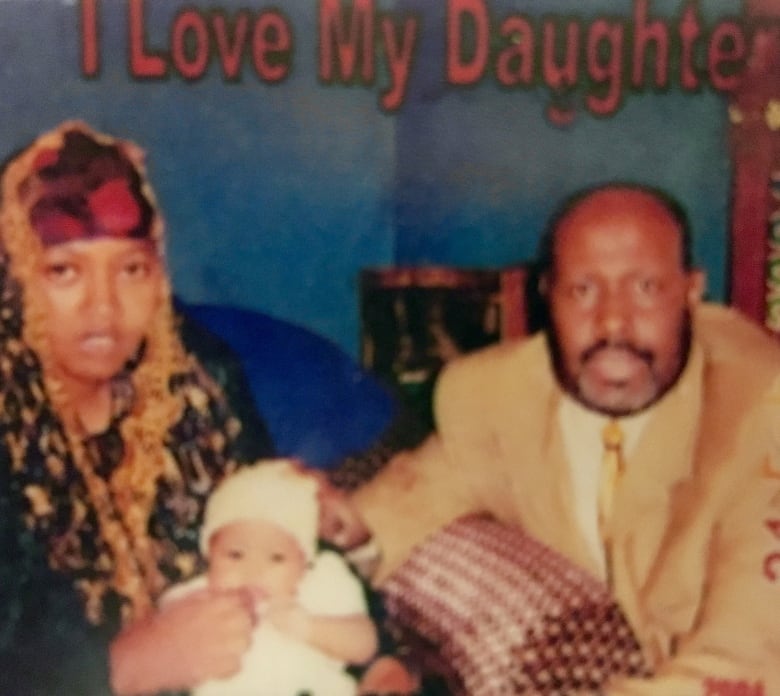 Mursal says that on May 30, 2018, he sent to the Canadian Embassy in Addis Ababa an application for a limited “travel document in special circumstances under urgent, compelling and compassionate” grounds. In it, he said his children hadn’t been able to attend school in months.

In July, Mursal travelled back to Edmonton alone on an emergency travel document to plead his case on Canadian soil. He said he was told the document he travelled on could not be issued for his daughters.

“We are alarmed at how the response has been by the Canadian government to make sure that these Canadian children are returned home safely and kept safe in the interim,” said Cherrington.

Cherrington called for an investigation into the allegations against embassy officials but IRCC said it has confidence in the integrity and professionalism of its employees.

Sohi’s office, which Cherrington said has been helpful, declined to comment.

Global Affairs, which provides emergency assistance to Canadians overseas, has not provided comment.