Yukon’s northernmost community can’t be reached by roads, but that’s not stopping young people from actively returning to the place they grew up or making Old Crow their new home.

Once there, many are stepping into major leadership roles and quickly taking on the responsibility of guiding the community’s future.

The future, and the survival of culture and tradition, have long been central priorities for Vuntut Gwitchin leaders.

Over the years, they’ve invested in or taken ownership of the things their community depends on — from airlines and energy and construction companies, to designing and raising funds for one of the largest solar array in northern Canada.

But as in many First Nations communities, residents see their work in cycles — linking children to elders, going out into the world and returning home.

“I think of my great-grandmother … who said she wanted her grandchildren to go out into the world and bring the world back to the community,” said the Vuntut Gwitchin First Nation’s new chief, Dana Tizya-Tramm.

“That was generations ago, and it’s starting to happen now. How can I set those cycles that will capture the hearts and minds of my great-grandchildren down the road?” 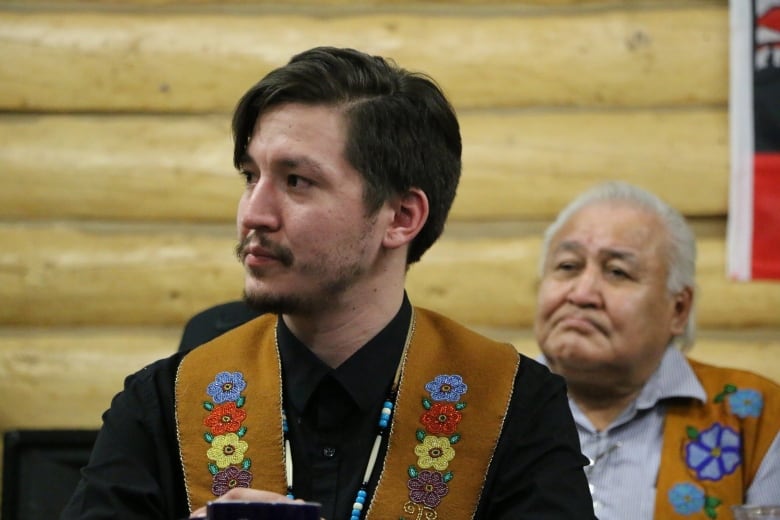 Vuntut Gwitchin Chief Dana Tizya-Tramm at his swearing in ceremony, with elder and former chief Robert Bruce listening in behind him. (Alexandra Byers/CBC News)

Tizya-Tramm, 31, is believed to be the youngest Vuntut Gwitchin chief in history, and the three new councillors are all under 40.

Tizya-Tramm is not your average leader. Homeless at age 13, he spent his teen years in Whitehorse before a “lonely” and isolated few years in Vancouver.

A few years ago, he decided to return to Old Crow. He ran for, and won, a seat on council.

“I realized at the end of the day I would not exchange my birthright and my grandchildren’s birthright to inherit what my grandfather and his grandfather before him forged. I am not going to be the broken link in that chain,” he said. 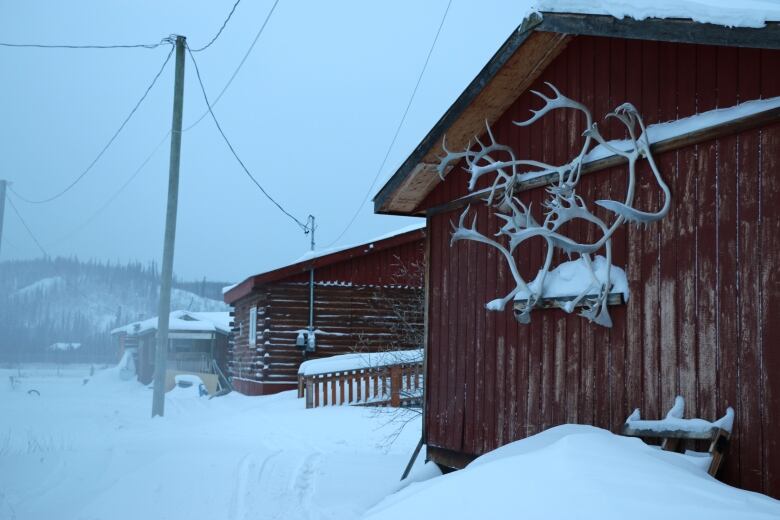 Old Crow is Yukon’s northernmost community, and its most remote. There are no roads in to or out of the community. (Alexandra Byers/CBC News)

He quickly became an advocate for the protection of the Peel Watershed, and a key voice in the Gwich’in peoples’ fight to protect the Porcupine caribou herd’s calving grounds from oil and gas development.

In November, Tizya-Tramm ran for chief, defeating the incumbent candidate and a former MLA.

‘The keys to the kingdom’

“Let this oath be a signal that a new generation has stepped up to the highest office of our Nation, and that this reflects the will of our people,” Tizya-Tramm said at the swearing-in ceremony earlier this month.

“May it be a beacon to the younger generations that your people await your leadership, and to our elders that your tireless work will be honoured, and that together the unification of these generations completes a sacred circle. From this, another cycle is born.”

Tizya-Tramm understands he exists on a continuum.

A “children’s chief and council,” elected at the Chief Zzeh Gittlit School in Old Crow as a way to teach about governance, were special guests at the swearing-in ceremony. Tizya-Tramm made a point of giving his younger counterpart the pen used to sign his oath of office. 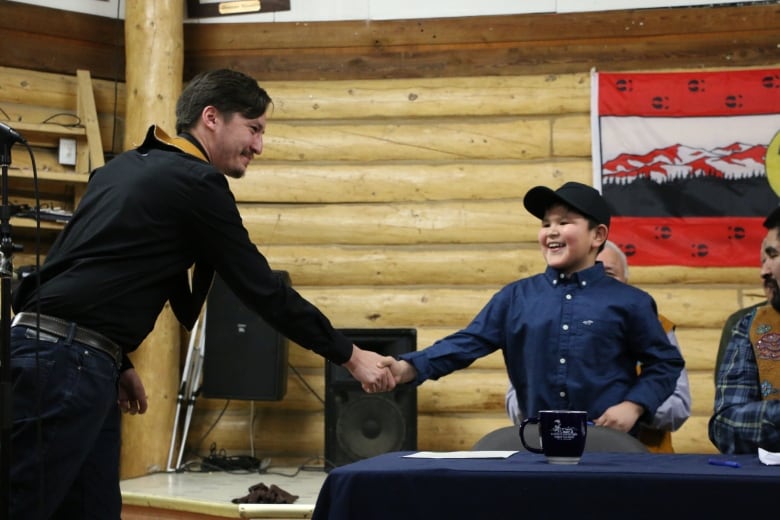 Tizya-Tramm shakes Jayce Charlie’s hand after giving him the pen used to sign his oath of office. Charlie is the ‘children’s chief,’ elected at the local school in Old Crow. (Alexandra Byers/CBC News)

“I did come from a place where I never thought that someone could gain those types of positions, or gain the keys to the kingdom,” Tizya-Tramm said, after the ceremony.

“But if I can do it, then anybody out there … can do it, especially disenfranchised youth that are scared of futures — because that was me.”

The new chief is not alone in his cycle back to Old Crow.

Coun. Cheryl J. Charlie moved back from Whitehorse last summer with her family, and was quickly convinced to run for government.

“I am the person I am today because of growing up in Old Crow,” she said.

Brandy Star Tizya is also a new councillor. She moved back with her two young children in September, after living more than a decade in Watson Lake, Yukon. 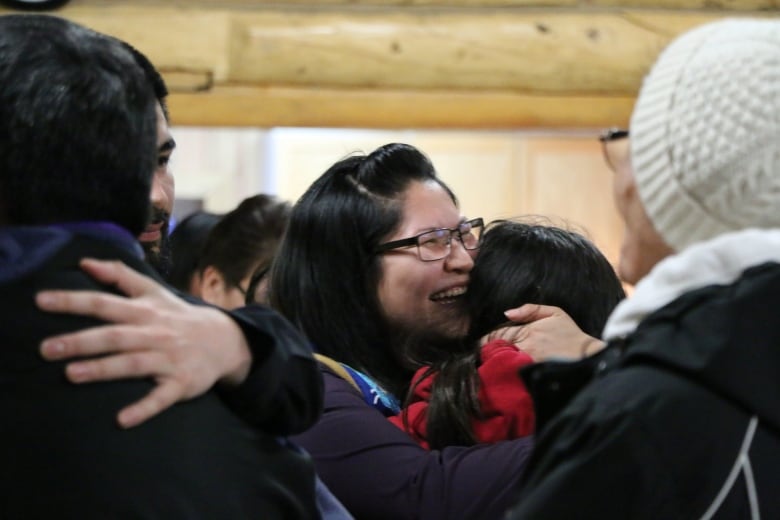 “I wanted them to learn my side of my culture. I just had this internal energy pulling me back home,” she said.

Outside the chief and council, other young adults are finding their own ways to contribute.

Sophia Flather, 25, is developing a new Gwich’in language program for the First Nation. She grew up in Whitehorse, but realized she wanted to learn from, and live in, the community her family came from.

“It’s really powerful that this is the place where your ancestors came from and survived and lived for thousands of years. There’s just lots of layers of connection here,” Flather said. 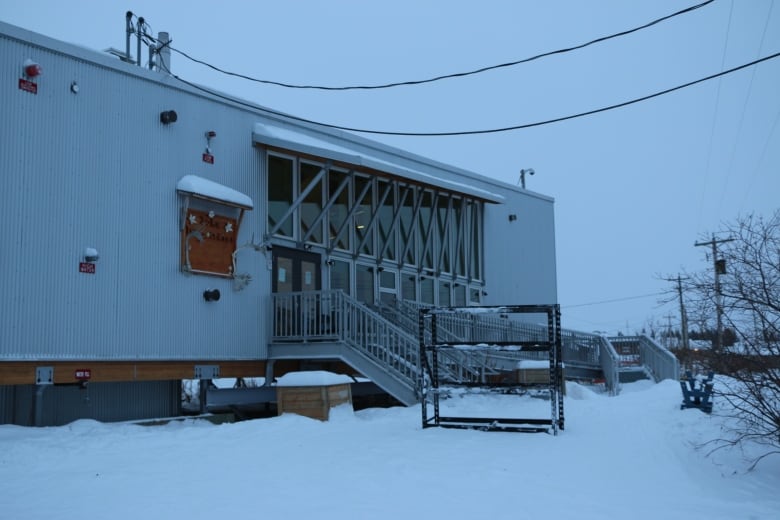 “With our language being very endangered, we want to focus on parent speakers so that people can raise kids in the language.”

Flather says now is the time for younger people like herself to stand up for what’s important to them.

“We have placed the burden of language revitalization on our fluent speakers for so long and it’s a bit unfair. If we want to learn our language, we have to put the work in,” she said.

The generational transition in Old Crow isn’t going unnoticed by elders and past leaders. 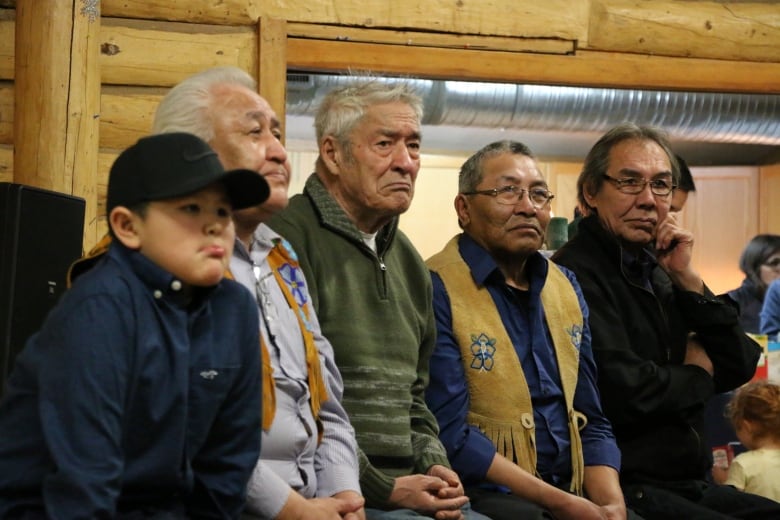 As he welcomed the new chief and council at their swearing-in ceremony, former chief and MLA Robert Bruce told the packed room he’s always wished for young people to get involved in their self-governance.

“The elders laid the foundation … It’s time that the younger generation take over,” Bruce said. “It’s now time for you to pick it up and move forward with it.

“The elders will be behind you.”