Spirits were high at the Sydney Call Centre on Friday for the first payday under new management.

Hundreds of people were laid off just weeks before Christmas after their former employer, ServiCom, went bankrupt.

The call centre reopened on Jan. 2, after being purchased by Iowa businessman Anthony Marlowe, who was in Sydney, N.S., Friday for a ribbon-cutting ceremony.

For Sandra Bonnar, who was celebrating her birthday Friday, the paycheque was a much-appreciated present. It’s the first pay she’s received since Nov. 10.

“When I opened my bank account this morning, I was like, ‘Oh my God, this is really happening … we’re back,'” she said.

Bonnar said she was one of the lucky ones because her husband has full-time work. Over the past several weeks, she did what she could to help out some of her co-workers who are single moms. 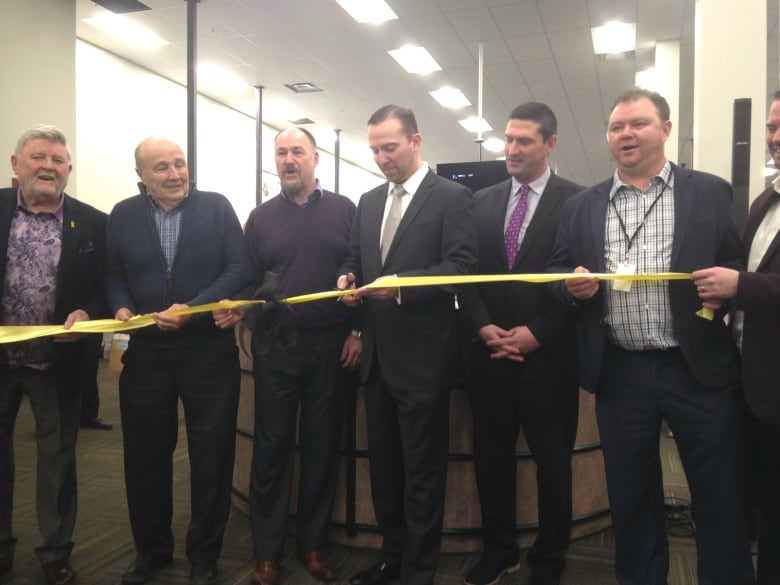 There was a ribbon-cutting ceremony Friday marking the first payday at the reopened call centre. (Holly Conners/CBC)

Donna MacDonald said it was an “unbelievable relief” to return to work.

“There was tears, but they were happy tears today,” she said.

If the experience taught MacDonald anything, it’s that she can count on her co-workers and community for support.

“Whether it’s just a talk, or a cup of coffee, or [you] need somebody’s shoulder to cry on, everybody was there for everybody,” she said. 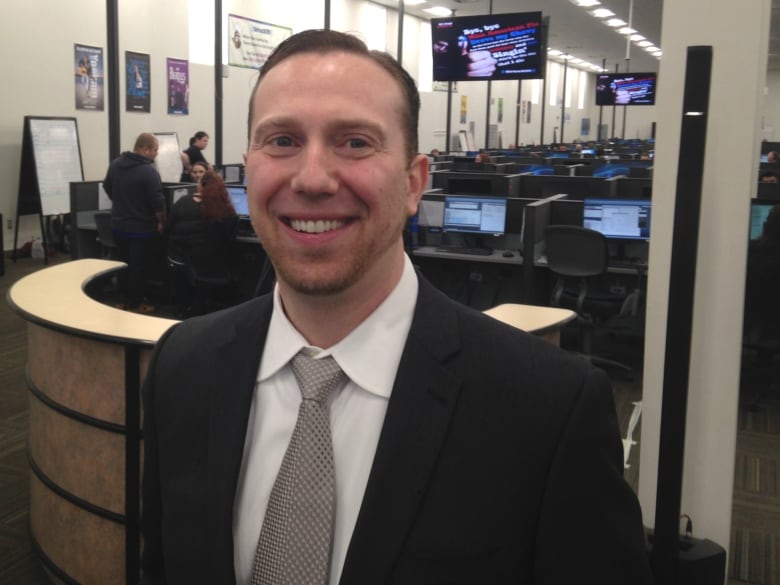 Marlowe is impressed by his new employees.

“It’s very touching the loyalty that the workers have had to their work family,” he said. “I’ve seen nothing like it.”

Marlowe hopes to grow that family. He’s signed a nine-year lease on the building and has plans to expand from the current 480 employees to as many as 700 in the future.